US trade representative to discuss possible fallout with agribusiness after Donald Trump decided to slap heavy tariffs on Chinese goods.

American agribusiness groups, including representatives from the American Soybean Association, have been invited to a special meeting in Washington with Trade Representative Robert Lighthizer to discuss the possible fallout from any trade war between the US and China. 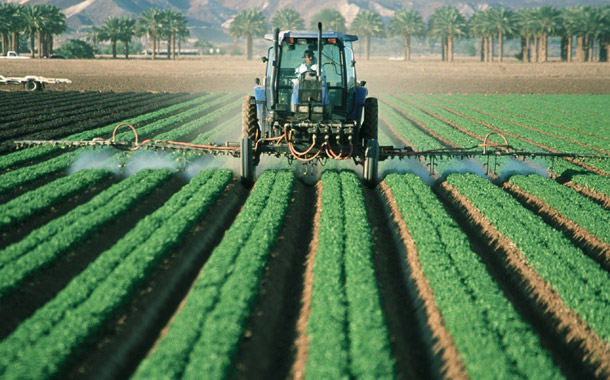 The meeting, which will “address trade issues facing our nation’s producers and agribusinesses”, will be convened on Friday, according to one person familiar with the situation, who added that officials from the National Pork Producers Council were also invited to the meeting.

Soybeans are the leading US export to China in terms of value, while pork is one of the products targeted in Beijing’s response to US President Donald Trump’s decision last week to levy punitive tariffs on Chinese goods.

Farmers’ representatives have warned that many farmers cannot afford to lose any income, although exporters said they had met Chinese officials to discuss ways to keep the trade in soybeans going.

To follow through with the order, Lighthizer is drawing up a list of Chinese products that will face tariffs amounting to as much as US$60 billion annually.

China’s commerce ministry said just hours after Trump’s announcement on March 22 that Beijing would impose 15 per cent import tariffs on 120 types of US products, including fruit, wine and steel pipes, worth US$977 million.

It also plans to impose 25 per cent import duties on another eight categories of products worth US$2 billion, including pork and recycled aluminium.

Jim Monroe, a spokesman for the pork producers council, declined to comment on the meeting, saying only that: “As an advocacy organisation, we meet regularly with administration and government officials.”

An official from the trade representative’s office declined to comment.

Protecting agriculture would provide some cover for US President Donald Trump, who drew substantial support from farming states for his winning presidential campaign of 2016.

At the same time, the move would leave other high-ticket export products, such as Boeing jets and Caterpillar tractors, more exposed to trade action.

China is also concerned about its soybean trade.

Officials at the department of international cooperation at China’s agriculture ministry met members of the US Soybean Export Council in Beijing this week.

“The Chinese had called for the meeting and wanted to discuss soybean issues and it sounds like they don’t want a disruption either in the soybean flow,” Kevin Scott, who serves on the soybean export council’s board of directors, said. “I think they’re trying to get that worked out.”

The US exports about 60 per cent of its soybean output to China, and roughly half that amount goes to mainland Chinese crushers, which turn the beans into soymeal for animal feed and cooking oil.

China’s soybean demand has surged in recent years as a result of steady economic growth, which has led to higher incomes.

Limited amounts of arable land relative to China’s population restricts the amount of soybeans that can be grown in the country.

“China’s agricultural imports reflect its relative scarcity of land resources, and its most prominent imports are oilseeds, oils and cotton – products that have high land requirements per unit of output,” the US agriculture department said in a special report on China’s growing demand for agricultural imports.

“China has become a net importer of grain, but its grain imports are still modest in comparison with its oilseed imports … Officials in China now acknowledge their country’s need for agricultural imports and are emphasising agricultural trade and investment in diplomacy,” said the report, which was published in 2015.