Vanuatu’s Opposition Leader has questioned the country’s closeness to China and demanded more scrutiny of what Beijing is “getting out of” the infrastructure loans and donations it is making to the Pacific nation.

Ishmael Kalsakau told Fairfax Media that while he didn’t know what was in Beijing’s mind, it would make strategic sense for the superpower to establish a permanent military presence in Vanuatu – as Fairfax Media reported this week China wants to do. 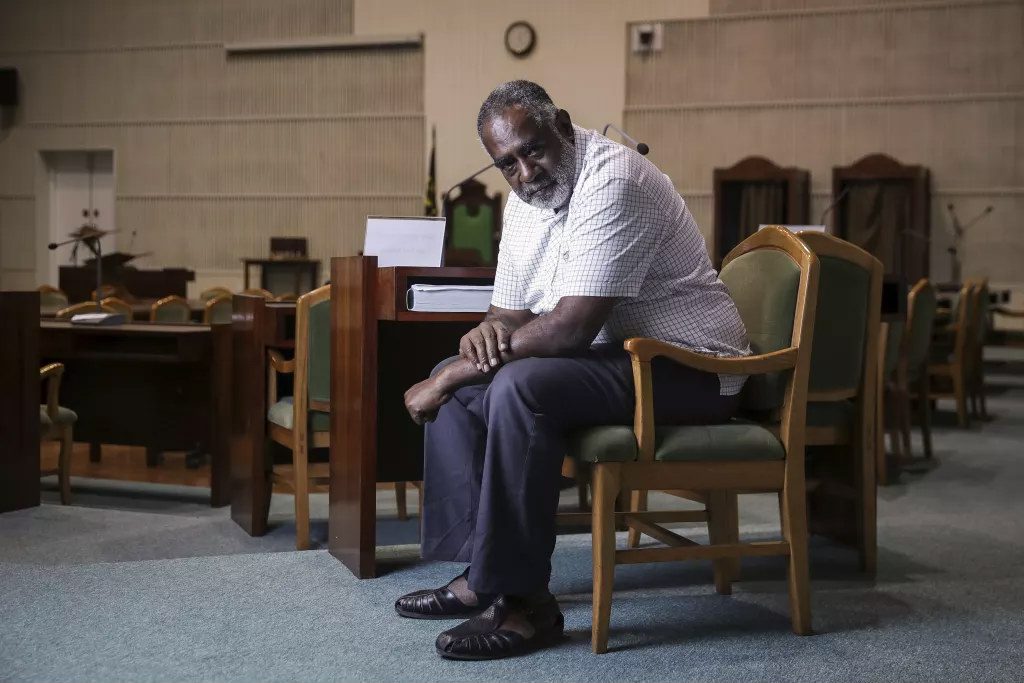 Mr Kalsakau, who heads the Union of Moderate Parties, said no Vanuatu government “in their right mind” would support a Chinese base.

But he said he feared China was pursuing its strategic interests by showering Vanuatu with largesse and deepening its influence in the country.

“The way this government’s been dealing with offers of Chinese generosity raises quite a few eyebrows because of the reluctance of the government, as I see it, to look at the big picture,” he said.

“No one’s questioning what the Chinese are getting out of this. But you see the Prime Minister being entertained quite regularly by Chinese interests.” 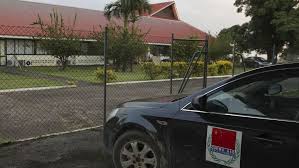 A China Aid Vehicle outside the Vanuatu Parliament

Prime Minister Charlot Salwai has been in power just over two years – longer than any leader since 2008. Mr Salwai on Saturday reportedly hinted he might dissolve Parliament and call a snap election rather than face a no-confidence motion over a recent two-year suspended jail sentence for Deputy Prime Minister Joe Natuman for conspiracy to pervert the course of justice.

Mr Kalsakau said some projects funded by China were of dubious merit and questioned whether these were simply ways for the government to create the appearance of growth without addressing Vanuatu’s underlying economic challenges.

Branding the $19 million, Chinese-built national convention centre a “white elephant”, Mr Kalsakau said: “At the moment we can’t afford the cleaning bill. There’s no program whereby people can come and use it.”

As the country’s “keeper of the gate”, the government had failed to adequately maintain a check on the excessive influx of Chinese workers, businesses and political influence, he said.

In one much-publicised recent incident, a Chinese company offered each of the 52 members of Parliament a free laptop.

“They sent us an email saying, ‘Come get your laptop.’ I didn’t turn up at all,” he said.

Some government ministers initially took the laptops and returned them only after a public outcry, he said.

Mr Kalsakau also blasted the lack of transparency around big loans from China such as the $114 million loan for the Luganville wharf, which defence experts fear could in future be turned into a naval facility.

He described it as “extraordinary” that Parliament had not been able to see the loan agreement to assess whether there were clauses such as a debt-equity swap that would let Beijing take over the facility if Vanuatu defaulted.

He said he did not know whether it could be turned into a naval base but “one must question the interest that China has in Vanuatu given the generosity that is applied to Vanuatu”.

The sheer scale of foreign involvement in the country would been “unheard of” in the past but “China’s done that to Vanuatu so there’s got to be a lot of questions lingering in the minds of Ni-Vanuatu about what the future entails for them when this becomes a problem”, he said.

Unlike Mr Salwai, the Opposition Leader said he did not back Beijing’s controversial activities in the South China Sea, in part because it undermined Vanuatu’s own maritime boundary disagreements with neighbours.

On the question of Vanuatu’s ballooning debt to China, Mr Kalsakau said: “Our unborn kids have already got a lot to pay back even before they can start thinking about economic self-reliance. That’s the scary part of all of this.”

Previous Post Man charged in Sweden for spying on Tibetans on behalf of China Next Post Právo: Lawmakers to form group of Tibet’s friends