Why is the US targeting China’s Confucius Institute? 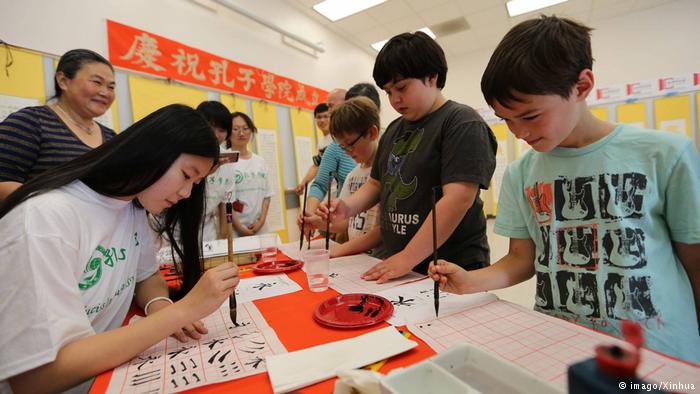 Officially, the mission of the Confucius Institute is to promote Chinese language and culture abroad through branches on university campuses that offer courses and host events.

However, Confucius institutes have been criticized as propagating an idealized version of Chinese history and culture and stifling criticism while promoting a watered-down narrative on issues that provoke international controversy — such as China’s incorporation of Tibet or Taiwanese sovereignty.

Nearly 40 percent of Confucius Institutes are located in the United States. In recent months, members of the US Congress, the director of the FBI and academic advisory groups have gone so far as to accuse the Confucius Institute as being a “subversive” mechanism controlled by Beijing to slowly indoctrinate US universities with a pro-Beijing narrative.

Texas A&M, the second-largest university system by enrolment in the US, announced on April 5 that it was suspending ties with the Confucius Institute following a statement issued by two Republican Congressmen expressing deep concern over “Chinese government influence spreading throughout educational institutions in Texas.”

In February 2018, FBI director Christopher Wray suggested during testimony to the US Senate Intelligence Committee that China was using “collectors” to infiltrate US universities and gather intelligence on behalf of the Chinese government.

“They’re exploiting the very open research-and-development environment that we have,” Wray told the Committee.

The Confucius Institute is operated by a branch of China’s Ministry of Education called Hanban, which is responsible for providing worldwide Chinese language and culture teaching resources.

Hanban’s governing council is led by Liu Yandong, the former head of the United Front Work Department, a secretive government body that performs multiple functions, including shaping the Communist Party’s image and influence outside of China.

“Confucius Classrooms” are another Hanban function that teach Chinese language and culture courses to high school students with over 1,000 in 142 countries globally. There are over 100 Confucius Institutes in the US, the first was established at the University of Maryland in 2004.

According to Hanban’s website, the Confucius Institute was conceived out of a global demand for Chinese language learning. “Benefiting from the UK, France, Germany and Spain’s experience in promoting their national languages, China began its own exploration through establishing non-profit public institutions which aim to promote Chinese language and culture in foreign countries,” it said.

Bonnie Glaser, senior adviser for Asia and director of the China Power Project at the Center for Strategic and International Studies (CSIS) in Washington, told DW that Confucius Institutes are a part of China’s cultural “soft power” strategy, which it has been pursuing since 2007.

“China’s soft power strategy is ‘top down,’ designed, financed, and implemented by the Communist Party,” said Glaser. “It is very unlike Western countries — whose soft power comes primarily from the natural attraction of their culture and open political systems.”

Glaser added that there is currently no data available on whether the Confucius Institute is effective in advancing China’s foreign policy agenda.

The US Council on Foreign Relations cited research from US sinologist David Shambaugh estimating that China spends $10 billion (€8 billion) annually on its global soft power campaign.

The term “soft power” was coined in the late 1980s by the US political scientist Joseph Nye as the “ability of a country to persuade others to do what it wants without force or coercion.” 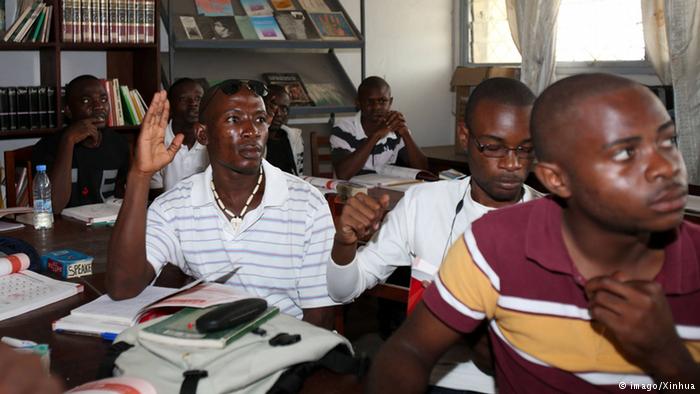 A major source of criticism of Confucius Institutes is that its faculty are not employed by host universities and are therefore not protected by codes of academic freedom and can be subject to outside influence. The institutes are also positioned directly inside universities, which lends them an official veneer.

In 2014, the American Association of University Professors issued a statement criticizing the Confucius Institute as “functioning as an arm of the Chinese state” and being “allowed to ignore academic freedom.”

“Confucius Institutes appear designed to emulate the cultural ambassadorship and programming associated with the British Council, the Goethe Institute, and L’Alliance Francaise,” the statement said, adding that these institutions were connected to soft power objectives, but weren’t located on university campuses, and therefore did not “threaten the independence and integrity of host institutions.”

The National Association of Scholars (NAS), a conservative-leaning academic advocacy group in the US, recently recommended that US universities cut ties with the Confucius Institute.

Rachelle Peterson, an NAS researcher and author of a report on Confucius Institutes and US higher education, told DW that the Chinese government uses Confucius Institutes to “entangle colleges and universities in financial relationships that compromise their independence and autonomy.”

Peterson underlined that the United Front Work Department has played a key role in China’s efforts to co-opt organizations that may at first seem to be apolitical. “Confucius Institutes fit with that model,” she said.

Li Changchun, the former head of China’s state broadcaster CCTV and a major figure in forming Beijing’s propaganda strategy, said in a 2011 speech that the Confucius Institute was an “appealing brand” and made an important contribution toward improving China’s soft power.

“The ‘Confucius’ brand has a natural attractiveness. Using the excuse of teaching Chinese language, everything looks reasonable and logical,” Li was reported as saying.

Peterson from the NAS said that Confucius Institute courses ignored the Chinese government’s history of human rights abuses and authoritarianism.

“The Tiananmen Square massacre is ignored, Taiwan and Tibet are presented as undisputed territories of China and the persecution of Uighurs and Falun Gong participants goes unmentioned,” she said. “The end result is that students receive a remarkably one-sided portrayal of China.”

Texas A&M is not the first US institute of higher education to suspend its partnership with the Confucius Institute. In 2014, the University of Chicago and Pennsylvania State University ended their partnerships.

It remains to be seen if any hard evidence backing up accusations of subversion and indoctrination from Confucius Institutes emerges, but China’s growing ambitions as a world power and its well-documented history of censorship and information control are causes of concern.

The Confucius Institute did not respond to DW’s requests for comment.

“Confucius Institutes operate differently around the world, so it is difficult to generalize,” said CSIS’ Glaser.

“Greater transparency is essential,” said Glaser. “China has had limited success at promoting its soft power around the world. Positive attitudes toward China appear to be in large part a result of its economic largesse.”