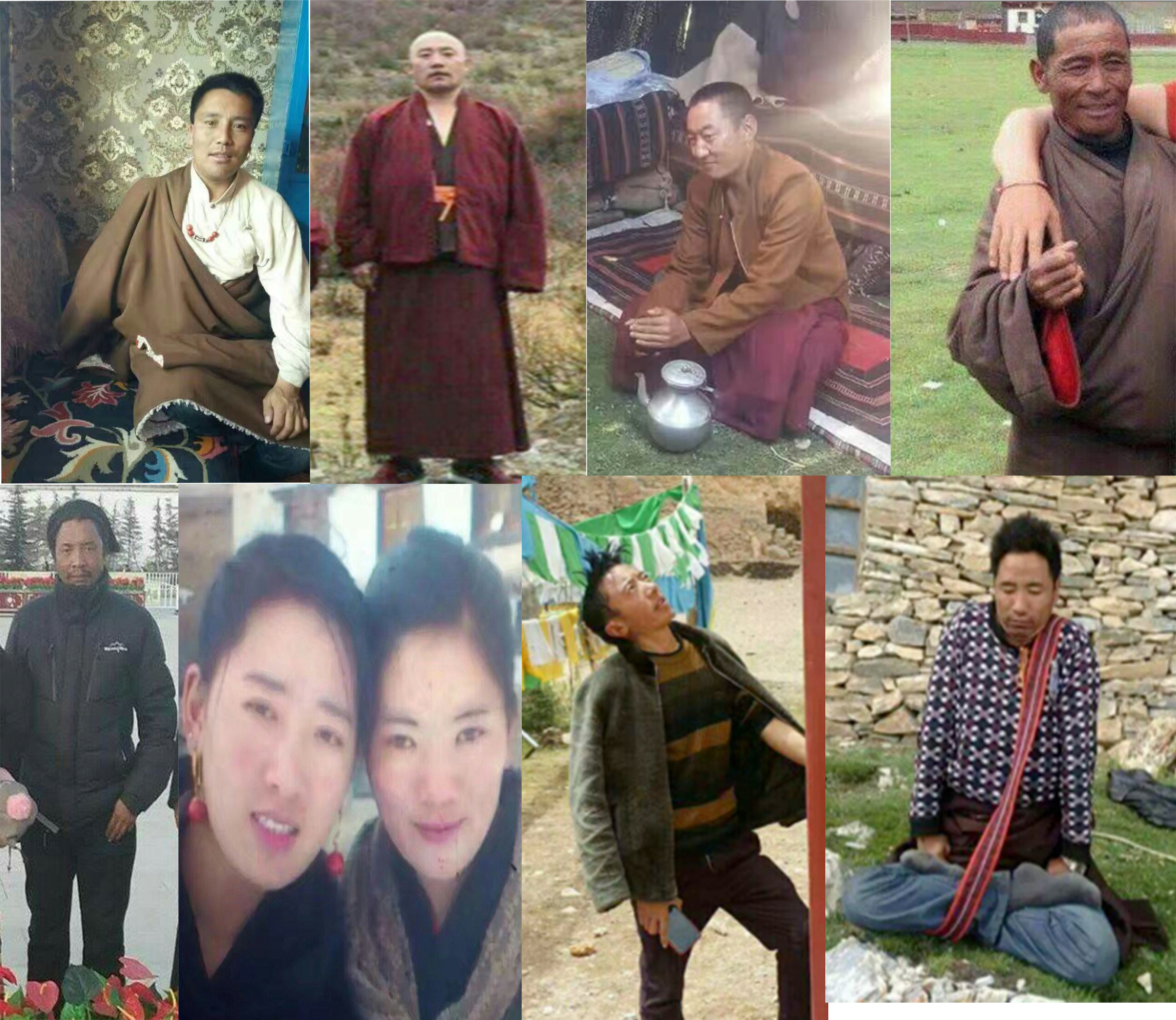 Information received by Tibetan Centre for Human Rights and Democracy (TCHRD) has confirmed the arbitrary detention of 30 Tibetans around 2 April this year from villages of Markor, Wathang and Gochu. All of them were beaten up and detained after news about the detention of Karma, leader of Markor Village, and the mining project was leaked to exile Tibetan sources.

Karma was detained in late February this year for challenging an official order that forced all residents of Markor, Wathang and Gochu to sign a document that allowed local authorities to conduct mining activities at Sebtra Zagyen. The villagers were told that not signing the document would be considered as ‘separatist’ act that would be punished accordingly. Karma had openly confronted government officials telling them that he would sign the document provided they produced evidence of approval to the mining project from veteran party leaders such as Tenzin and Ragdi. When news of Karma’s detention became available to exile Tibetan sources, local authorities immediately called a meeting during which Tibetans suspected for their involvement in leaking the information were detained. 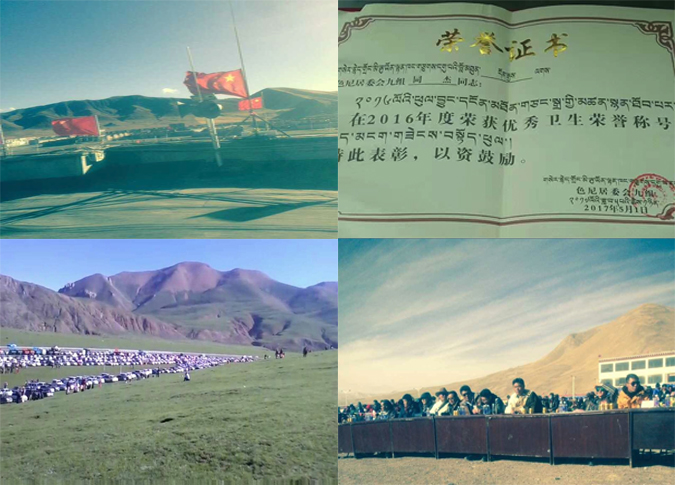 Out of the 30 detained in early April, TCHRD has identified nine including two women. Khenrab, 36, is a government official in Shakchu Town and also a member of village cadre team. He was detained for engaging in “separatist activity” after he had lectured the villagers on the importance of environmental protection. His whereabouts remain unknown. He had earlier been detained in 2015 and held for six months at an undisclosed location on the charge of “maintaining contacts with separatists”. He was later released and reinstated to his post.

Rinchen Namdol, 39, and Tsultrim Gonpo, in his 50s, are monks from Drong Ngur Kagyu Phelgyeling Monastery in Wathang. Both monks had been imprisoned for a year in 2015 on the charge of engaging in “separatist activity”. The monastery has been under heightened surveillance for years. In 2014, six unidentified monks were arrested after they had taken down a Chinese national flag from the monastery roof and burned it to protest a government order that required all Tibetans to hoist Chinese national flags on their roofs. Local authorities also detained the relatives of the six monks for interrogation. The head of the monastery, Rechung Rinpoche, 72, was subjected to severe and repeated interrogations.

Jangchup Ngodup, in his 60s, is a resident of Markor village.

Dhongye, 51, is a businessman and resident of Gochu village. He had won the ‘Clean Environment’ competition held at Sernye village in the past.

A doctor named Sogru Abhu, 39, from Lhegyen village, and Namsey, 39, from Dakra village in Shagchu Town were also among the detained. Sogru Abhu had earlier served two years’ imprisonment after he was sentenced on ‘separatism’ charges in 2009.

Available information can only confirm that one of the two women detained is the daughter of a man called Tsangtsa Lamsang. The identity of the other woman remains unknown. The photo obtained by TCHRD shows both women but it is unclear which one is Lamsang’s daughter.

Local authorities had begun building roads at the foothills of Sebtra Zagyen by the end of last year to facilitate mining activities. Around 5 March, makeshift shelters for labourers started appearing around the mining site along with small Chinese national flags that were hoisted in and around the area. Local Tibetans are concerned that mining would destroy the sacred Sebtra Zagyen Mountain, which is also home to endangered animals such as Tsoe (Tibetan antelope), Nah (Blue Sheep) and Gowa (Tibetan gazelle). There are fears that mining would also cause landslides at another sacred mountain called Drakar that lies on the right of Sebtra Zagyen, which in turn would block the water supply to the local villagers. The Shakchu river and the Khechu river flow alongside Sebtra Zagyen.

Sebtra Zagyen, located on the north side of Diru County, is one of the three “secret, supreme places” made sacred by the spiritual practice of the first Drong Ngur Choje Gyalwa Gangpa Rinchen Woser who founded the Drong Ngur Kagyu Phelgyeling Monastery in 1248. Representing the Buddhist practice of taming the body, mind and speech, the Drong Ngur monastery is considered the supreme sacred place of body, followed by the secret, supreme place of speech of Drakar Mountain and the supreme sacred place of mind represented by Sebtra Zagen.

Sebtra Zagyen is part of a series of sacred mountain range including the Naglha Zambha where, on 24 May 2013, armed police suppressed an anti-mining protest staged by 4500 Tibetans. Protesters managed to put a temporary halt to mining at Naglha Zambha but persecution of those involved in the protest continued long after the protest.

TCHRD calls on the Chinese authorities to immediately and unconditionally release all Tibetans detained for protesting mining and other environmentally destructive activities. The whereabouts and condition of all 30 Tibetans as well as the village leader Karma must be made available to their family members without further delay. As a party to international treaties, Chinese authorities have obligations and duties under international law to respect, protect and fulfil human rights of all Tibetans. Branding all acts of environmental activism as ‘separatist’ exposes the hollowness of current Chinese leadership’s claim to “promote ecological civilisation”. It also puts a huge question mark on TAR leadership’s claims that it has not approved any mining projects in the past four years in order “to prioritize ecological preservation over economic development.” Chinese authorities must stop mining at the sacred mountains that hold special historical and spiritual significance to local Tibetan community. These mountains are ‘sacred natural sites’ that are integral parts of Tibetan national and cultural identity. Their spiritual value has ensured biodiversity conservation for hundreds of years. 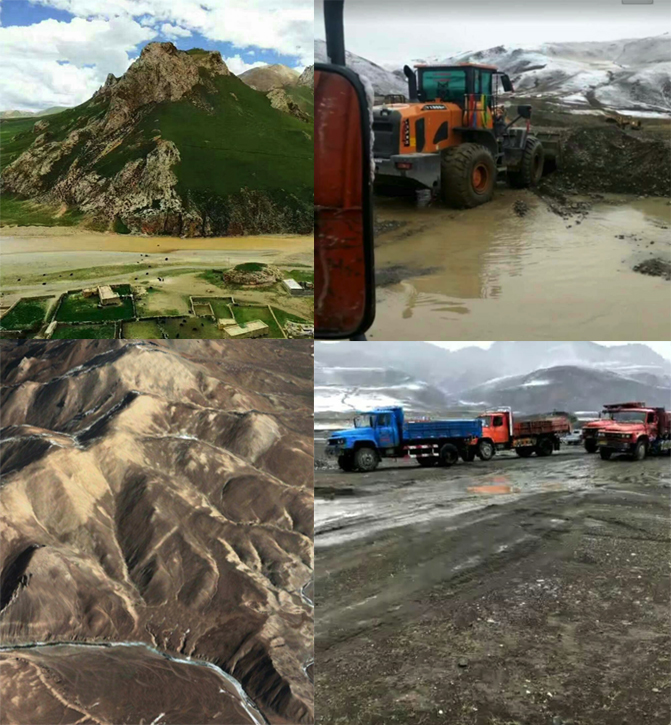