Jacinda Ardern says country is ‘vigilant’ and that Five Eyes membership is not being questioned. 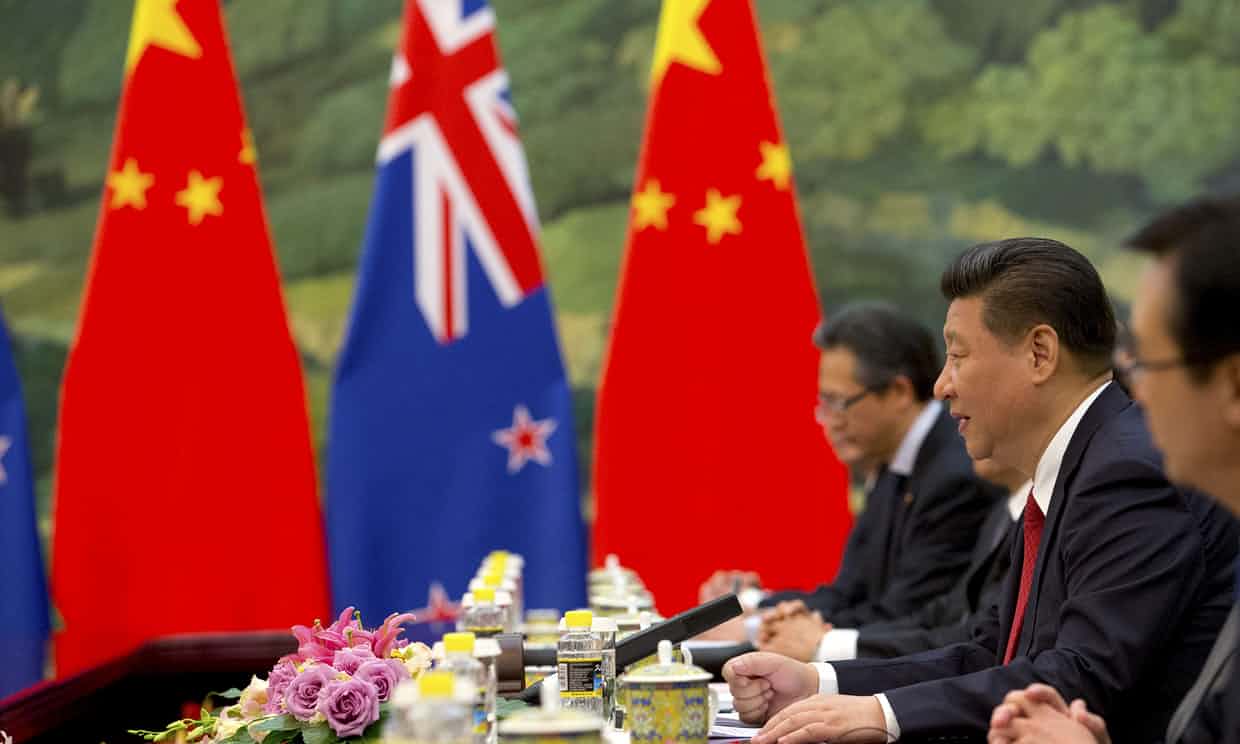 The Guardian, Friday 1 Jun, 2018: A report released by Canada’s spy agency has warned that New Zealand, one of its closest allies, has been influenced at every level of society by the Chinese government, and that the situation has reached a “critical” stage.

The report states that New Zealand is viewed as “the soft underbelly” of its western big brothers such as the UK and US.

“President Xi Jinping is driving a multi-dimensional strategy to lift China to global dominance,” it stated, and New Zealand was a key pawn in its strategy, with the government regarding its relations with the island nation as “an exemplar” of how it would like to steer future relations with other states.

The report was published by the Canadian Security Intelligence Service (CSIS) but does not reflect the spy agency’s official views, and was based on reports to CSIS during an academic workshop.

The report claimed New Zealand’s business, political and intellectual elite had all been targeted by the Chinese Communist party, and that business tie-ups with companies, universities and research centres had been used to “influence activities and to provide access to military technology, commercial secrets and other strategic information”.

“Massive efforts” had also been made to bring Chinese-language media and Chinese community groups under the party’s control, and political donations have been made, it said.

“New Zealand provides a vivid case study of China’s willingness to use economic ties to interfere with the political life of a partner country,” the report stated, warning that smaller states were “particularly vulnerable” to Chinese influence. New Zealand is home to just 4.7 million people.

New Zealand appealed to China as a strategic ally for numerous reasons, the report said. New Zealand administers the defence and foreign affairs of the neighbouring Pacific Island territories of Niue, Tokelau, and the Cook Islands, which means “four potential votes for China at international forums”.

Legislative change in 2011 has also made New Zealand “a hotspot for global money laundering”, a reputation shared by its territories, and the country is also a claimant in Antarctica and geographically one of the closest countries to it.

New Zealand has “cheap arable land and a sparse population”, a thriving dairy sector in which China is the largest foreign investor, a burgeoning space programme allowing rockets to be launched from the Mahia peninsula, unexplored petroleum reserves as well as expertise in multilateral trade negotiations, Pacific affairs, Antarctic science, and horticultural science which is “useful” for China, it said.

The country’s membership of the Five Eyes (an intelligence sharing network between Australia, the US, England, Canada and New Zealand) as well as Nato and other important military partnerships is also appealing.

“New Zealand’s economic, political and military relationship with the PRC [People’s Republic of China] is seen by Beijing as a model for relations with Australia, the small island nations in the south Pacific, and more broadly other western states” the report said.

“Some of these activities endanger New Zealand’s national security directly, while others have a more long-term corrosive effect.”

New Zealand’s prime minister, Jacinda Ardern, said New Zealand had a “very strong” relationship with Canada, particularly with its prime minister, Justin Trudeau. “I have had no indication that our Five Eyes membership is under question, from Canada or any other of our partners, nor have I heard that it has been raised with any of my colleagues,” she said.

“New Zealand is vigilant against any interference that is intended to harm our values, institutions and economy.”

“Our discussions were wide-ranging, covering all aspects of our bilateral relationship,” said Peters in a statement, including expansion of trade and economic ties, upcoming FTA discussions, and peace and security in the Asia-Pacific.
Previous Post Huawei’s partnership with China on surveillance technology raises concerns for foreign users Next Post Picture story of Sikyong’s meeting with Tibetan Community in Berlin – May 2018