Other Countries Need to Step Up at Human Rights Council 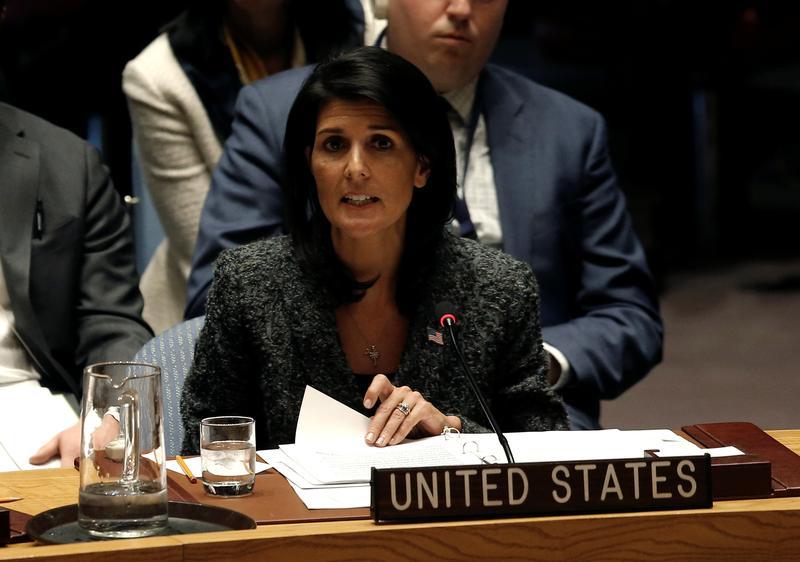 By HRW, (Geneva) – The United States government’s decision to withdraw from the United Nations Human Rights Council will sideline the country from key global initiatives to protect human rights.

“The US has been threatening to walk away from the Human Rights Council ever since President Trump came into office, so this decision comes as no surprise,” said Kenneth Roth, executive director of Human Rights Watch. “Trump has decided that ‘America First’ means ignoring the suffering of civilians in Syria and ethnic minorities in Myanmar at the United Nations.”

The Human Rights Council was created by the UN General Assembly in 2006 as the UN’s top human rights body. While it has its shortcomings – including the participation of persistent rights violators such as China, Saudi Arabia, and Venezuela – the council plays a vital role in addressing serious rights abuses around the world. It has initiated investigations into rights violations in Syria, Yemen, Burundi, Myanmar, and South Sudan, and addresses key topics such as migration, counterterrorism and protecting women, LGBT people, people with disabilities, and others from violence and discrimination.

The US has long criticized the Human Rights Council for its standing agenda item 7 on rights violations by all parties in the Occupied Palestinian Territories. This item was included when the council’s agenda was drawn up at the conclusion of its initial year, in 2007, at a time when the US had decided not to participate in the council. The US has actively campaigned for removing agenda item 7, and has opposed resolutions dealing with the Occupied Palestinian Territories, even when not presented under this agenda item, such as a recent Special Session resolution creating an inquiry into violence in Gaza.

Negotiations about potential reform or consolidation of the council’s agenda and work program are ongoing in Geneva. The United Kingdom, which largely agrees with the US position on item 7, has announced that it will vote against all resolutions brought under that agenda item unless reforms are carried out, but it has not threatened to leave the council.

By forfeiting its membership in the council with almost 18 months remaining on its term, the US will be removing itself from key issues that could affect allied governments. No country has ever withdrawn from the council after running for election to secure a seat. It is unclear which country would take the open seat left by the US. The UN resolution creating the council provides that any successor would be another country from the group that includes Western Europe, North America, Australia, New Zealand, and Israel.

While the US government’s engagement with the council has been uneven, the US has helped shape some of the body’s decisions with the greatest impact, including to establish a commission of inquiry into grave human rights violations in North Korea. The US withdrawal risks emboldening countries like China, and other actors that regularly seek to undermine UN human rights mechanisms.

Since rejoining the Human Rights Council in 2010, the US has played a leading role on initiatives related to Syria, South Sudan, the Democratic Republic of Congo, Sri Lanka, and Cambodia. Following its decision to withdraw, the US may continue to advance these priorities as a non-member, or may choose to disengage entirely. But quitting the council will not allow the US to shield itself from the scrutiny of the international community, Human Rights Watch said. The UN will continue to consider a broad range of rights issues and initiatives, and conduct its Universal Periodic Review, which applies to all UN member countries.

“The Trump administration’s withdrawal from the Human Rights Council is a sad reflection of its one-dimensional human rights policy in which the US defends Israeli abuses from criticism above all else,” Roth said. “By walking away, the US is turning its back not just on the UN, but on victims of human rights abuses around the world, including in Syria, Yemen, North Korea and Myanmar. Now other governments will have to redouble their efforts to ensure that the council addresses the world’s most serious human rights problems.”