Twitter Meets His Holiness the Dalai Lama; Embraces Peace, Choose to be Behind China’s Great Firewall 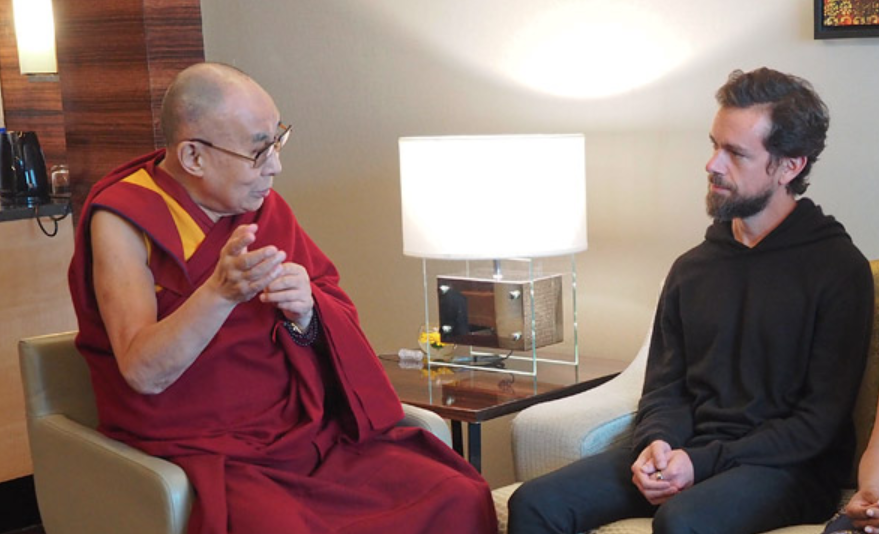 His Holiness the Dalai Lama and Jack Dorsey, the co-founder and CEO of Twitter, in New Delhi, India on November 10, 2018. Photo by Jeremy Russell

New Delhi: Jack Dorsey, co-founder and Chief Executive officer of Twitter, on his maiden visit to India, prioritized a meeting with His Holiness the Dalai Lama in New Delhi.

While social networking giants like Facebook and Google are looking for ways to cross over the great firewall of China, at the cost of embracing His Holiness and even if it meant kowtowing to China, American Micro-blogging giant Twitter suggests otherwise. Truly, “Twitter is at peace behind a great firewall of China.” 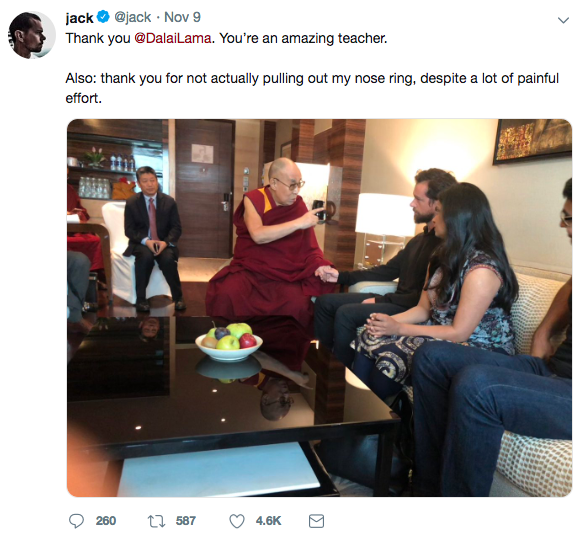 On Saturday last week, Mr Dorsey shared a meeting picture with His Holiness on his Twitter account with a caption, “Thank you @DalaiLama. You’re an amazing teacher.”

According to Dalailama.com, “he thanked His Holiness for using Twitter.” At the meeting, His Holiness briefed him on the importance of religious harmony and oneness of humanity.

As of 2018, Twitter has more than 336 million active users globally. His Holiness the Dalai Lama has 18.8 million followers and follows none.

However, this micro-blogging giant was officially blocked in 2009 in China, like any other western social media giants.

Previous Post “No matter how much pressure the Chinese government put on me, I will show up”: CTA President in Germany Next Post His Holiness the Dalai Lama arrives in Japan to a rousing welcome