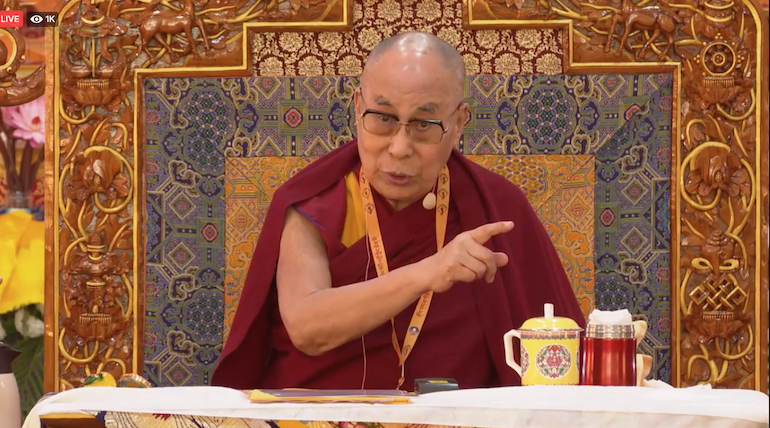 The Scholars’ debate on Je Tsongkhapa’s Essence of True Eloquence is being organised by Kirti Jhepa Monastery and the Trust.

The ‘Essence of True Eloquence’ is regarded as Je Tsongkhapa’s most outstanding and penetrating presentation of the Middle Way approach to the true nature of reality in Tibetan Buddhism. The text deals with two aspects of the view, that of the Chittamatra or Mind Only School and that of the Madhyamaka or Middle Way School. In this text, Je Tsong Khapa shares the importance for understanding both direct and indirect meaning, emphasizing the need for both critical reason and contemplative realizations on the path towards enlightenment. His Holiness had received the transmission of ‘Essence of True Eloquence’ from Ling Rinpoche on the basis of a commentary by the 2nd Dalai Lama

Kirti Rinpoche expressed his deepest reverence to His Holiness and thanked him for blessing the event with his presence.

Rinpoche introduced that the Debate series will be conducted in a mix of both traditional Dialectical format and modern Q&A system. Scholars participating in the debate have submitted over 62 research papers in the context of the current text.

His Holiness applauded Kirti Rinpoche for his remarkable contribution to the sustenance of Tibetan Buddhism and his service to people. His Holiness also remarked Rinpoche had carried out excellent work in facilitating monastic education for Buddhist students.

He emphasised that the flourishing of the Buddha dharma depends on the disciples undertaking study and practice.

“Scholarship is more important than grand symbols and representations. There is a colossal statue of the Buddha in Bodhgaya and of Guru Rinpoche at Tso Pema. These statues will stand tall for many years, I am sure but they will never speak.”

Transformation of one’s mind and overcoming destructive emotions should be the ultimate pursuit of our practice, he said.

“Buddhism as a religion can only serve Buddhists but the Buddhist philosophy can serve entire humanity.”

“Irrespective of whether we are believers or not, all of us seek peace and happiness. The wealth of knowledge in the Buddhist philosophy on attaining peace of mind can be of huge benefit to everyone. Through the Buddhist philosophy and psychology, we have an opportunity to serve the entire 7 billion human beings on this planet.”

He underlined that the tradition could be explained through the secular point of view.

His Holiness introduced the phenomenon of accomplished meditators, whose bodies remain fresh for some days after clinical death. Their hearts stop, circulation ceases, their brains are dead, and yet their bodies remain poised and fresh.

“Scientists have, as yet, no explanation for this observable occurrence, but the University of Wisconsin is leading a project to look into it. Buddhist science explains it as a result of the remaining presence of the subtlest consciousness.”

His Holiness recalled a meeting with Russian scientists where he advised them to conduct research on the phenomena. He said Russian countries are historically Buddhist and in particular, followers of the Tibetan Buddhist tradition. He also recounted some of the great scholars in Tibet who were Russian by origin. 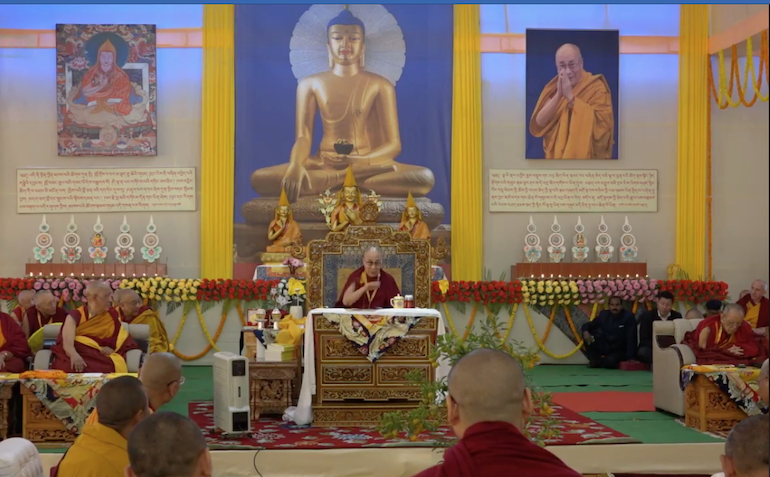 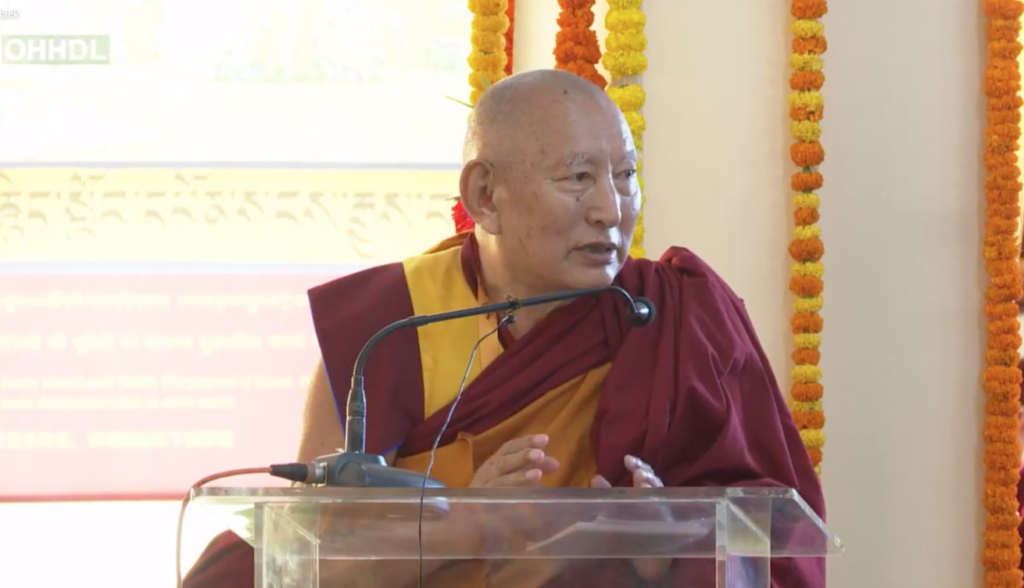 Previous Post China’s latest white paper again tries to cover up the human rights violations in Tibet Next Post President Trump signs Reciprocal Access to Tibet into Law: “A Message of hope and justice to Tibetans in Tibet”