Travel restrictions on Tibetans persist despite International outcry against China 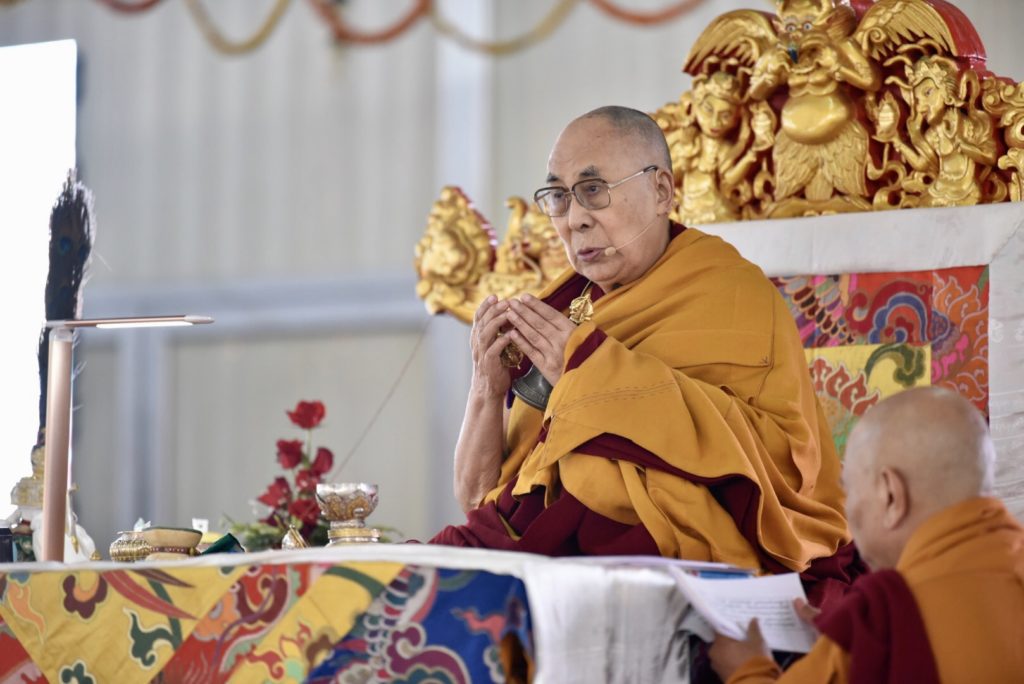 His Holiness the Dalai Lama conferring long-life empowerment based on White Heruka at Kalachakra ground in Bodh Gaya, Bihar on 30 December 2018.

Dharamsala: His Holiness the 14th Dalai Lama recently concluded teachings at Bodh Gaya, Bihar, the place where Gautama Buddha attained enlightenment. Attending the annual teachings and prayers conferred by His Holiness has almost become an intrinsic part of an individual Tibetan’s annual religious sojourn. Tibetans all over the world try to attend the same. But this has become perilous to Tibetans in Tibet under Chinese occupation.

At the recently concluded teachings, barely 100 Tibetans from Tibet were able to attend as reported by mainstream Tibetan media. This is mainly due to the severe restrictions on passport imposed by the Chinese authorities. In January, 2017, His Holiness the 14th Dalai Lama conferred the Kalachakra teachings and many Tibetans from Tibet had travelled to Bodh Gaya to receive the initiations. However, China threatened them of dire consequences if they attended the prayers. Upon return their passports were confiscated and never returned. Similarly, in January last year, Chinese authorities issued public order banning Tibetans from Tibet from attending the teachings and ordered them to return to Tibet immediately. Upon return, their passports were confiscated and torn.

When Tibetans in Tibet apply for passports, they are subjected to discriminatory practices targeted to discourage Tibetans from applying. China has been adopting a two-track passport policy at the detriment of Tibetans. The Human Rights Watch had exposed the existence of such discriminatory passport system way back in 2015 where Tibetans are subjected to slow-track passport system. In the guise of issuing new epassports, the passports of Tibetans were confiscated and were then subjected to arduous application process making it almost impossible to get a new passport.

In August last year a group of UN Experts expressed “serious concern over the policies and legislation of the two-track passport system specifically targeting and discriminating against members of the Tibetan minority” and sought information from the Chinese Government on this. The UN Committee on Elimination of Racial Discrimination in its report released in the same month after reviewing China, highlighted the “almost banning of issuance of passports to Tibetans for foreign travel” and recommended China to “revise regulations revise its regulations and practices to ensure non-discriminatory determinations on passport applications and freedom of movement for Tibetans within and beyond TAR and abroad.” Even during the third cycle of Universal Periodic Review of China by the Human Rights Council the Member States called on China to cease restrictions on Tibetans’ freedom of movement.

“Despite the international pressure, China continues to restrict Tibetans’ movement, especially of their foreign travel. The denial of issuance and reissuance of passports for Tibetans has curtailed them from undertaking pilgrimage to holy Buddhist sites and attend the teachings of His Holiness the Dalai Lama. While China continues to brazenly disregard international norms and UN recommendations, it becomes incumbent on UN member states to further engage with China and ensure that they uphold their commitments,” said Thinley Chukki, of UN and Human Rights Desk of Department of information and International Relations (DIIR), of Central Tibetan Administration.

Previous Post His Holiness the Dalai Lama makes pilgrimage to Mahabodhi Temple before departing for Delhi Next Post A Year in Review: Tibet at the UN in 2018