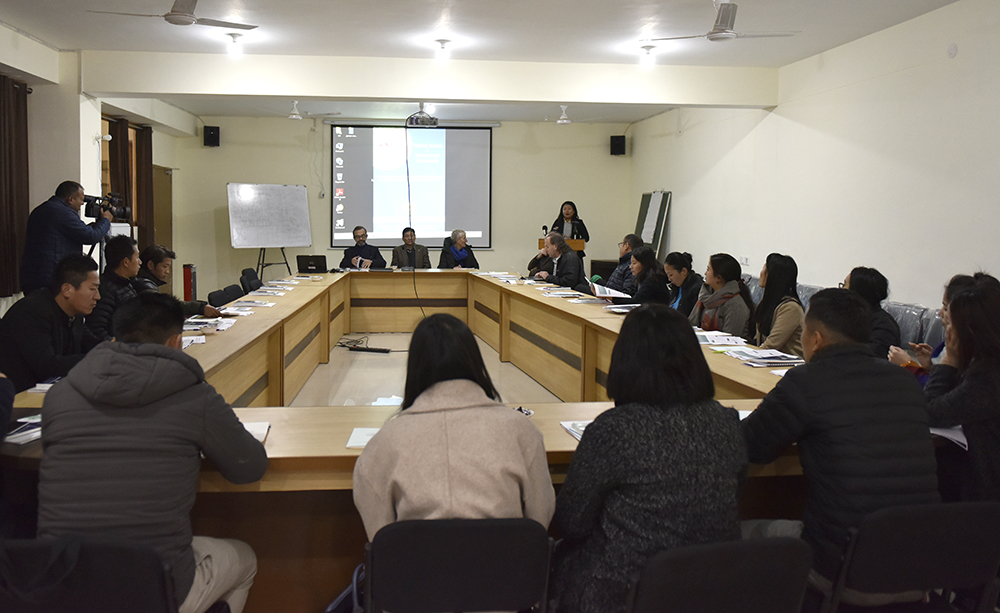 Two and half days workshop on “Tibetan Issues and International Community”- A Workshop on understanding International Institutions and Climate Change to Bring Tibet to the Forefront. Photo/Tenzin Phende/CTA

Dharamshala: Two and half days workshop on “Tibetan Issues and International Community”- A Workshop on understanding International Institutions and Climate Change to Bring Tibet to the Forefront is underway at TCRC Hall, T-Building, Dharamshala.

In his introductory address, Sonam Norbu Dagpo, the Secretary of the DIIR, underlined the importance and aims of the workshop. The objectives of the workshop are three-fold:
 Share information on international human rights institutions based in Geneva and
South East Asia Region and on Swiss Political system within the international environment
 Understanding the stakes related to the integration of Tibetans in third countries
 Create long term co-operation with interested stakeholders
 Understanding environmental issues including climate change concerning Tibet and
Himalayan region

He thanked the participants for making time to attend the workshop and wished them a great learning experience from these two and half days of workshop and togetherness.

Two and half-day workshop will feature a discussion on the Swiss Political Democracy and Switzerland’s positioning in the International Environment by Marguerite Contat, international institutions in Geneva by Adrien Claude Zoller, a presentation on climate change and challenges for the Himalayan region by Yves Lador and Joshua Cooper.

The workshop is being organised by UN and Human Rights Desk, DIIR, CTA and Office of Tibet, Geneva. 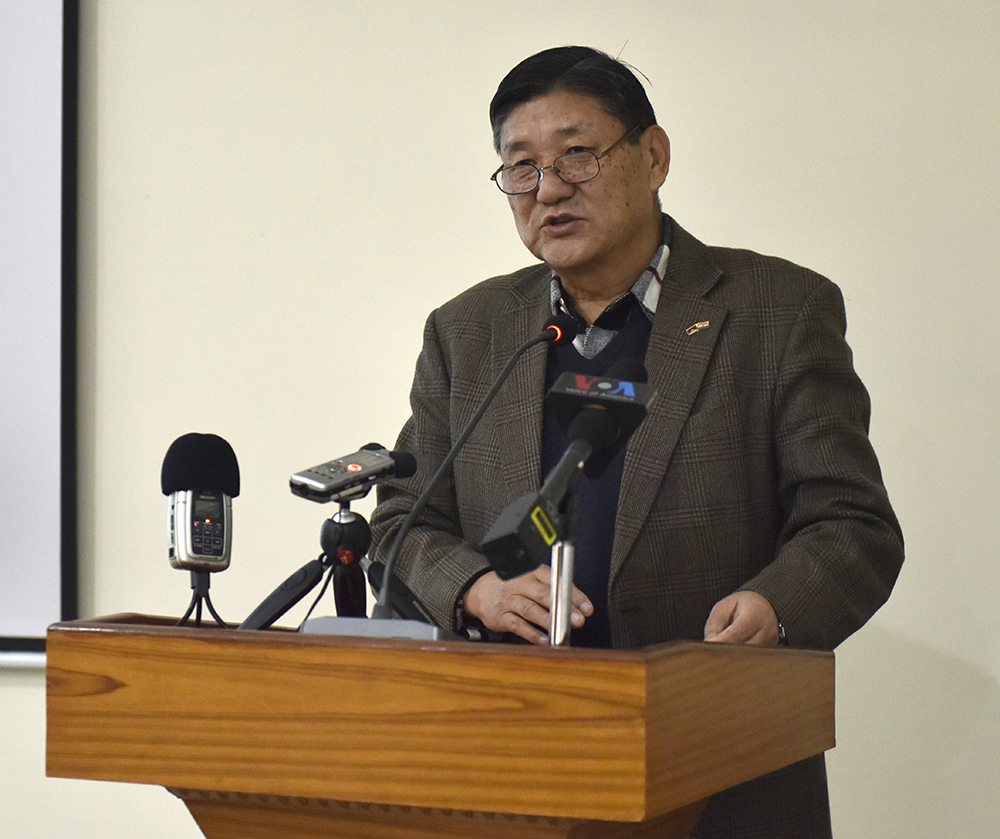 Sonam Norbu Dagpo, the Secretary of the DIIR giving an introductory address to the gathering. Photo/Tenzin Phende/CTA 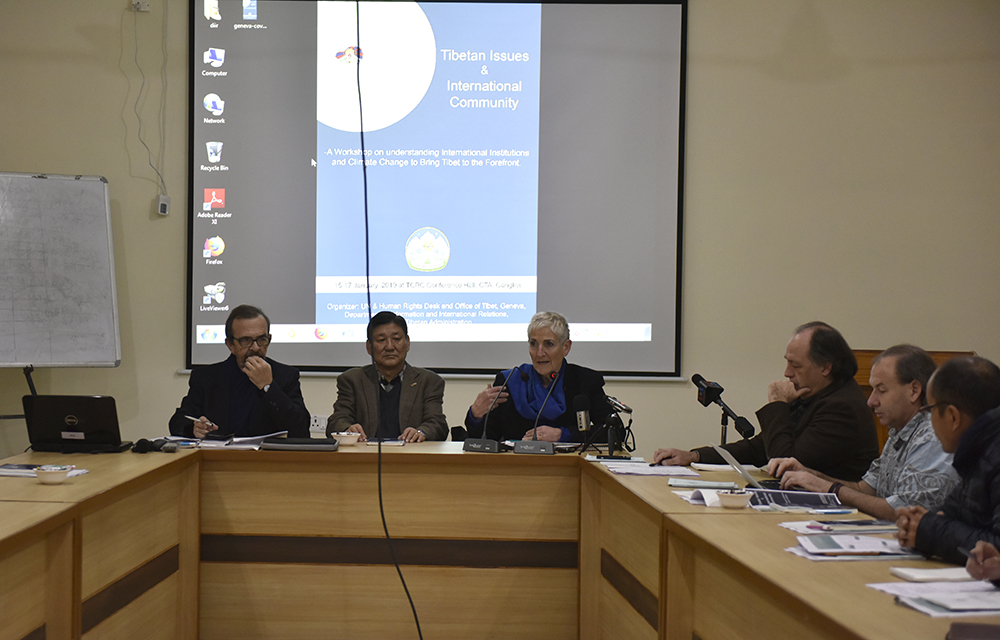 Marguerite Contat speaking at the opening day of two and half day workshop. Photo/Tenzin Phende/CTA 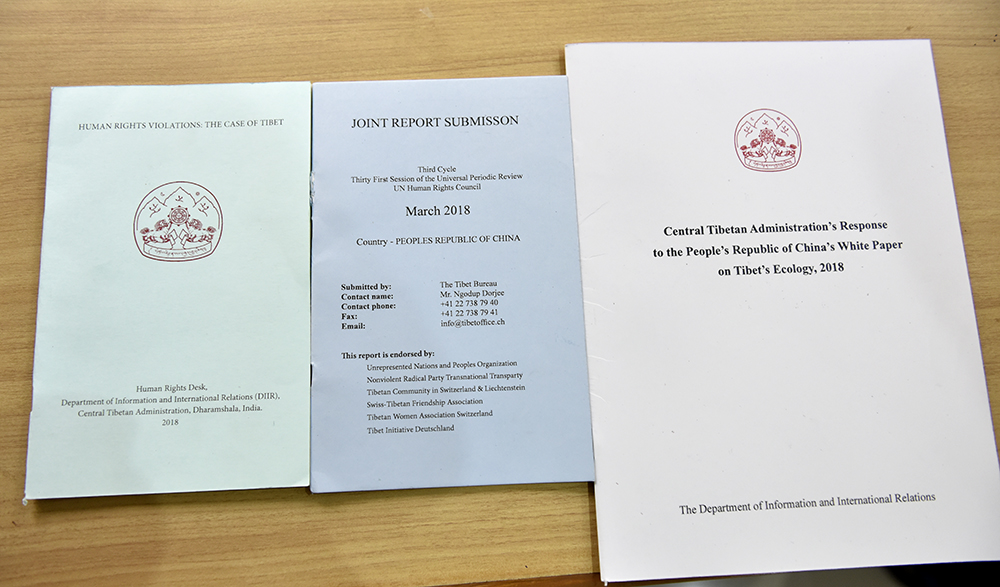 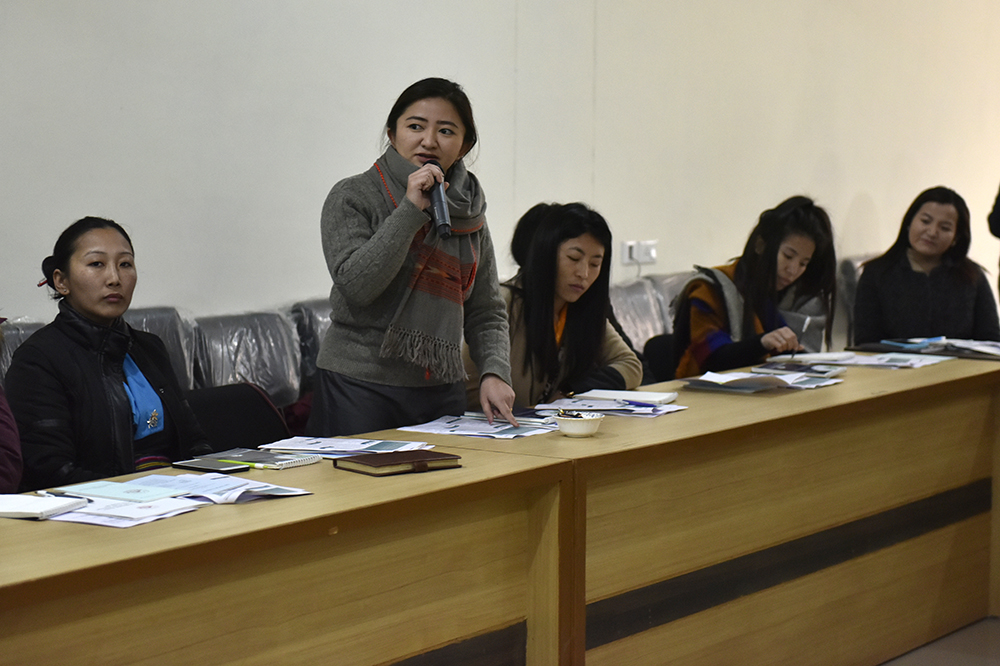