“Your presence reminds us of the principles, values of our Constitution”: Prince Buthelezi welcomes CTA President’s South Africa visit 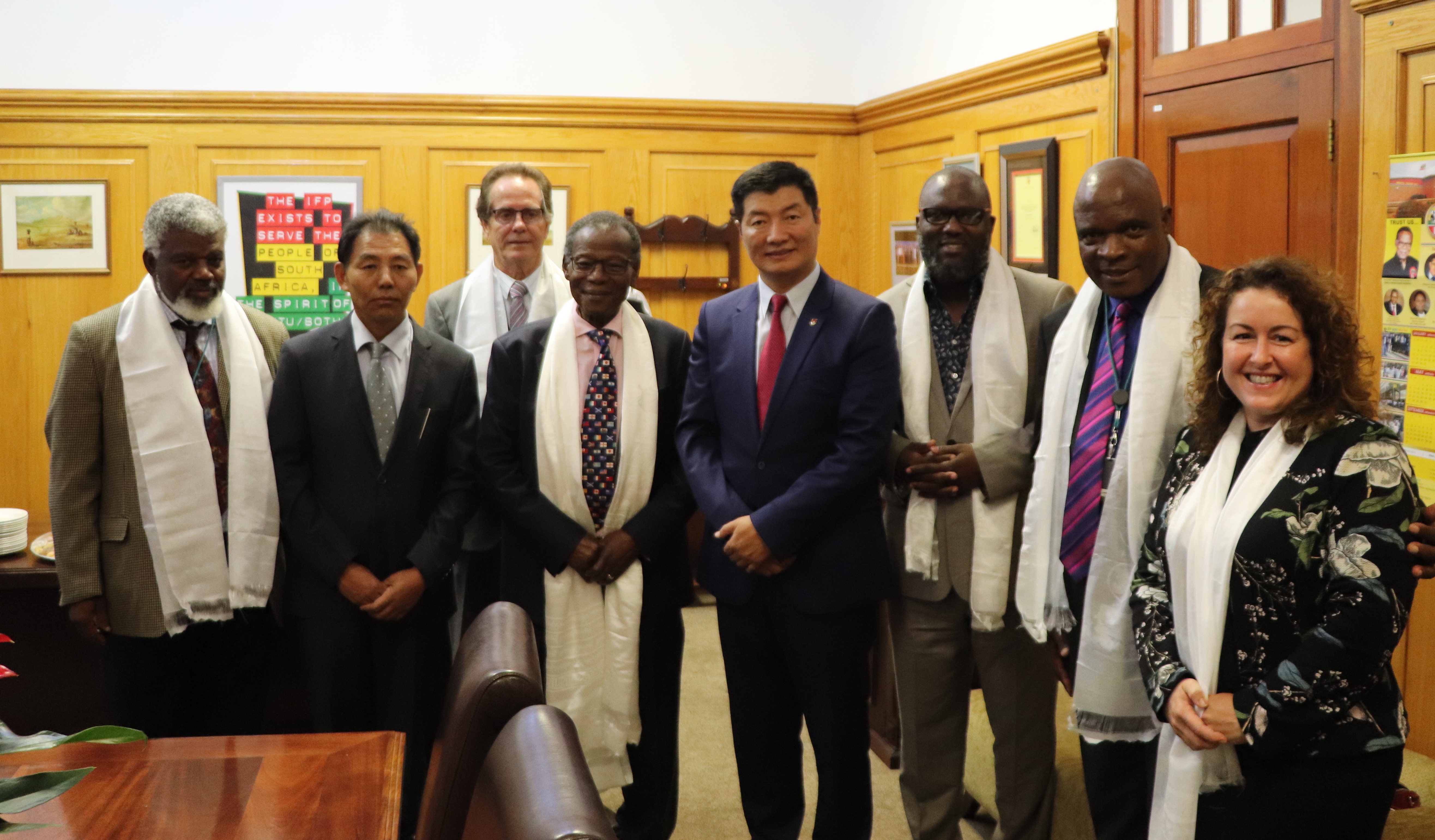 “I am honoured to welcome Dr Lobsang Sangay, Sikyong of the Central Tibetan Administration, who joins us together with Mr Ngodup Dorjee, the Representative of His Holiness the Dalai Lama in South Africa,” said MP Prince Buthelezi addressing the event held in honour of the Tibetan president.

“Your excellency represents the aspirations of some 6 million people. It is right that you visit us so that we can talk about the global struggle for democracy, freedom and peace… Your presence here reminds us of the principles and values of our Constitution,” he said.

Prince Buthelezi asserted that people of South Africa and Tibet “share common values and cherish liberal democracy.” He said, “Wherever  we can further that goal, we must do so.”

“The reality is that the international community supported South Africa’s struggle for freedom now it must support that struggle for Tibet.”

He urged that South Africans must know the facts and have greater access to the truth about Tibet.

“Over the past decades, the South African Government has denied the Dalai Lama entry 3 times. For which I took them to court. Our people don’t have access to the truth about Tibet.”

Highlighting the systematic repression of freedom and rights in Tibet, he said “How many know that Tibet is the least free region in the world after Syria. How many know of China’s exploitation of Tibet’s mineral resources that are polluting land, water and air? How many know of the self-immolations of desperate people dying for lack of freedom?

He further protested China’s “bizarre” criticism of CTA President’s visit to South Africa last year. “Fortunately there does seem to be a waning appetite in the global community for China’s anti-Tibet propaganda.”

Prince Buthelezi described that South Africa had undergone a particularly volatile political chapter which had thrown the country into “a state of uncertainty,” and with the elections at crossroads, he said, “much is at stake for South Africa”.

“The Inkatha Freedom Party is determined to be a voice of reason, to maintain hope and to create social cohesion. We are determined to save our country from a further slide into corruption and economic distress,” he said firmly.  The Inkatha Party will be launching its election manifesto on the 10th March this year, coinciding with the 60th anniversary of the National Uprising Day of Tibet.

He concluded by extending greetings on Tibetan New Year and expressing his support for CTA’s Five Fifty Vision. “But whatever this year holds, we go into it together as champions of freedom.”

The meeting was facilitated by Ms Karen Fitzgerald.