On behalf of Society for Threatened Peoples, Kalden Tsomo addressed the ongoing 40th session of the UN Human Rights Council.

Germany is alarmed by the Chinese authorities “repression of human rights defenders, free press and minority.”  Germany called upon China to  “release and protect human rights defenders and allow meaningful access to independent observer. The delegate said the situation of “Uyghur and Tibetans who suffer systematic discrimination is particularly disturbing”.

France remains “deeply concern over situation of human rights in Xinjiang and Tibet with reference to lawyers,” said the delegate.

Marking the 60th anniversary of Tibetan National Uprising Day, on behalf of Society for Threatened Peoples, Kalden Tsomo said the “need for council’s attention on the situation in Tibet is more urgent than ever.  Since 2009, more than 153 Tibetans have self-immolated in protest against the denial of basic human rights in Tibet”.

Referring to the 30th years since the adoption of Convention on Rights of the Child, she further said “Tibetan children are ultimately paying the price. In addition to earlier reports of shutting down Tibetan private schools, in January this year, human rights watch has obtained a document that bans Tibetan children from attending Tibetan language classes conducted by Tibetan monasteries. Parents of Tibetan children are forced to take pledge that they will keep their children away from Buddhist religious activities during their holiday breaks”. And reminded the missing case of Gedhun Choekyi Nyima, the 11th Panchen Lama of Tibet.

She urged the council to press China to uphold its commitment and respect the rights of Tibetan people, and actively call upon China to enter into dialogue with the envoy of His Holiness the Dalai Lama. 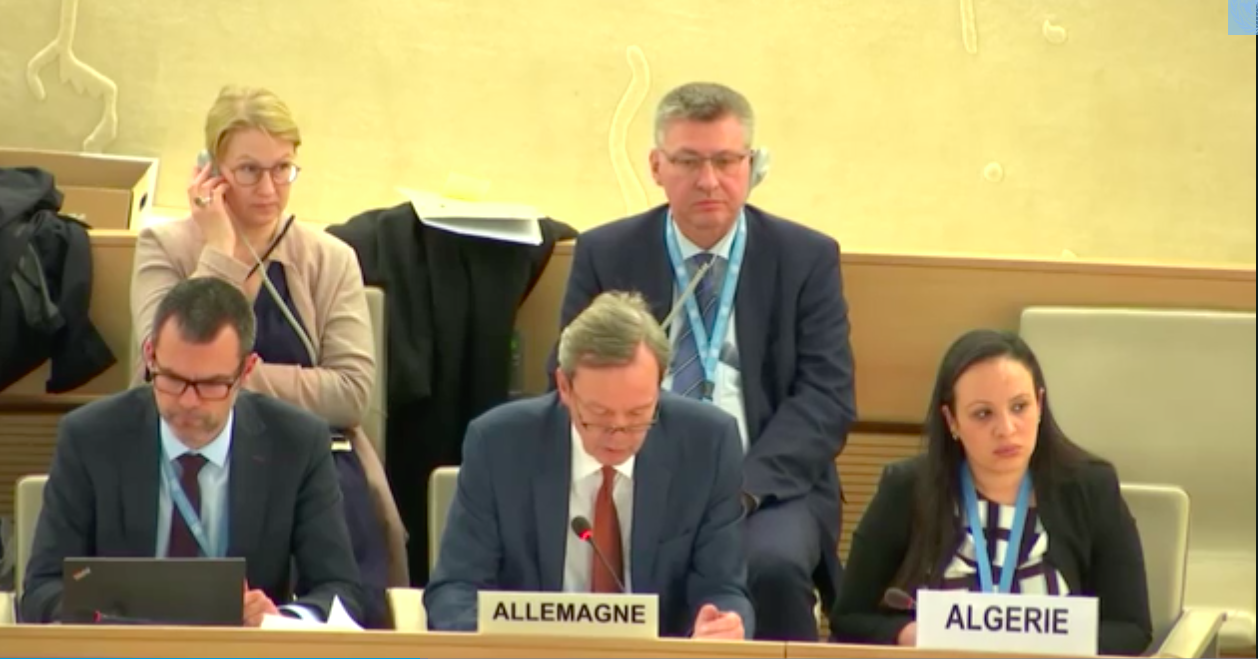 Previous Post Letter from Representative Mr. Ngodup Dorjee to announce his formal retirement as the Representative of His Holiness the Dalai Lama for Central and Eastern Europe: Next Post Tibetans in Switzerland and Liechtenstein Honour Former Political Prisoner Dhondup Wangchen