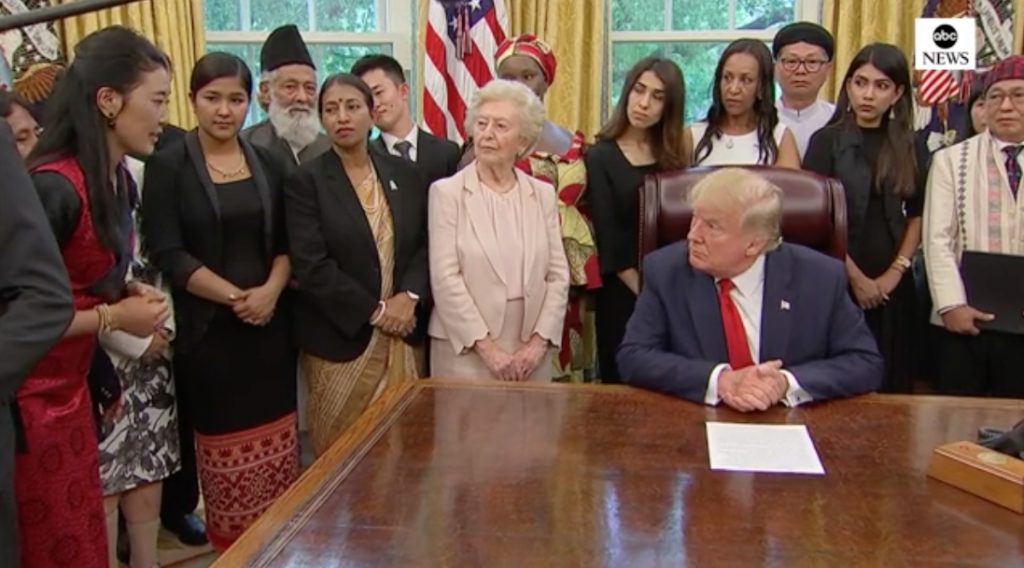 Niece of late Tulku Tenzin Delek Rinpoche appeals US President Donald Trump for continued US support for Tibet and the return of His Holiness the Dalai Lama to Tibet. Screengrab image

Washington DC: US President Donald Trump met with survivors of religious persecution in the White House’s Oval Office on Wednesday. Niece of late Tulku Tenzin Rinpoche, Nyima Lhamo was part of the delegation which included 2018 Nobel Peace Prize winner, Nadia Murad.
Among the other survivors were Christians from Myanmar, Vietnam, North Korea, Iran, Turkey, Cuba, Eritrea, Nigeria, and Sudan; Muslims from Afghanistan, Sudan, Pakistan and New Zealand; Rohingya from Myanmar; Jews from Yemen and Germany; a practitioner of Cao Dai from Vietnam; and a Yezidi from Iraq.
Four people identified by the White House as being from China were Jewher Ilham, an Uighur Muslim; Yuhua Zhang, a Falun Gong practitioner; Nyima Lhamo, a Tibetan Buddhist; and Manping Ouyang, a Christian.
All the survivors of religious persecution had a chance to meet with the President during which Nyima Lhamo appealed Trump for continued US support for Tibet and the return of His Holiness the Dalai Lama to Tibet.
It is reported that Trump’s administration plans to announce new measures Thursday aimed at protecting religious minority groups. Though no details have come to light yet, it is expected that Vice President Mike Pence and Secretary of State Mike Pompeo will deliver speeches on the issue.
President Trump was joined by White House Chief of Staff Mick Mulvaney and Sam Brownback, the administration’s ambassador at large for international religious freedom at the meeting which took place on the sidelines of the annual Ministerial to Advance Religious Freedom, a conference hosted by the US State Department to bring together leaders from around the world to discuss the challenges facing religious freedom, identify means to address religious persecution and discrimination worldwide, and promote greater respect and preservation of religious liberty for all.
The Tibet delegation who attended the Ministerial to Advance Religious Freedom comprised of the Representative Ngodup Tsering, Office of Tibet, Washington DC and staff of OoT-DC, Kunchok Dolma Yaklha, Special Appointee for Human Rights, Tibet Bureau Geneva, Members of International Campaign for Tibet, Azen Rinpoche from Nepal, and Nyima Lhamo, niece of late Tulku Tenzin Delek.
Ambassador-at-large for Religious Freedom, Samuel Brownback, started off the event by welcoming all the participants and explained the objectives of the Ministerial Conference. The US Secretary of State, Mike Pompeo, mentioned how important he views the concept of religious freedom, which is considered as the first freedom in the United States.
Nyima Lhamo gave a compelling account as a Survivor of religious persecution at the track II breakout session on the second day.
The Ministerial was attended by more than 1000 participants from more than 100 countries. Civil society, religious leaders, activists, policymakers, and government delegations attended the event.
The Representative attended an official reception at the top floor of the state department later in the evening. 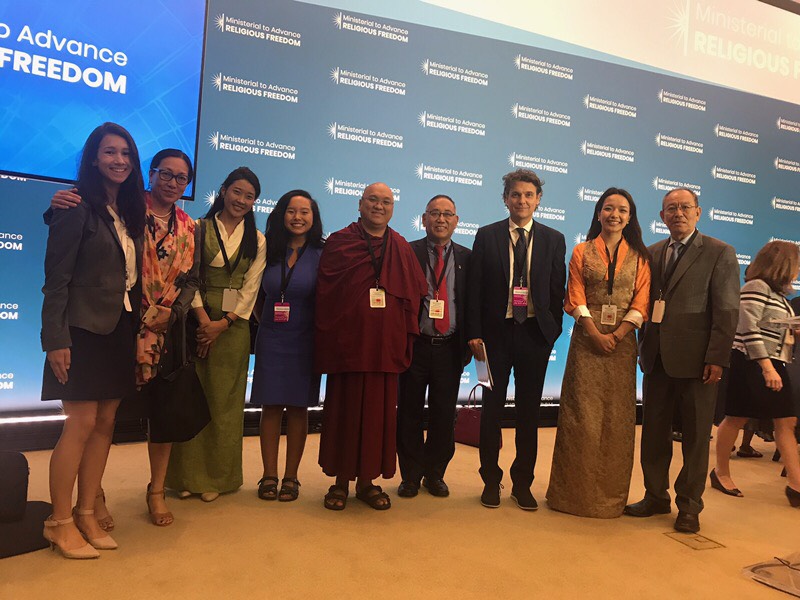 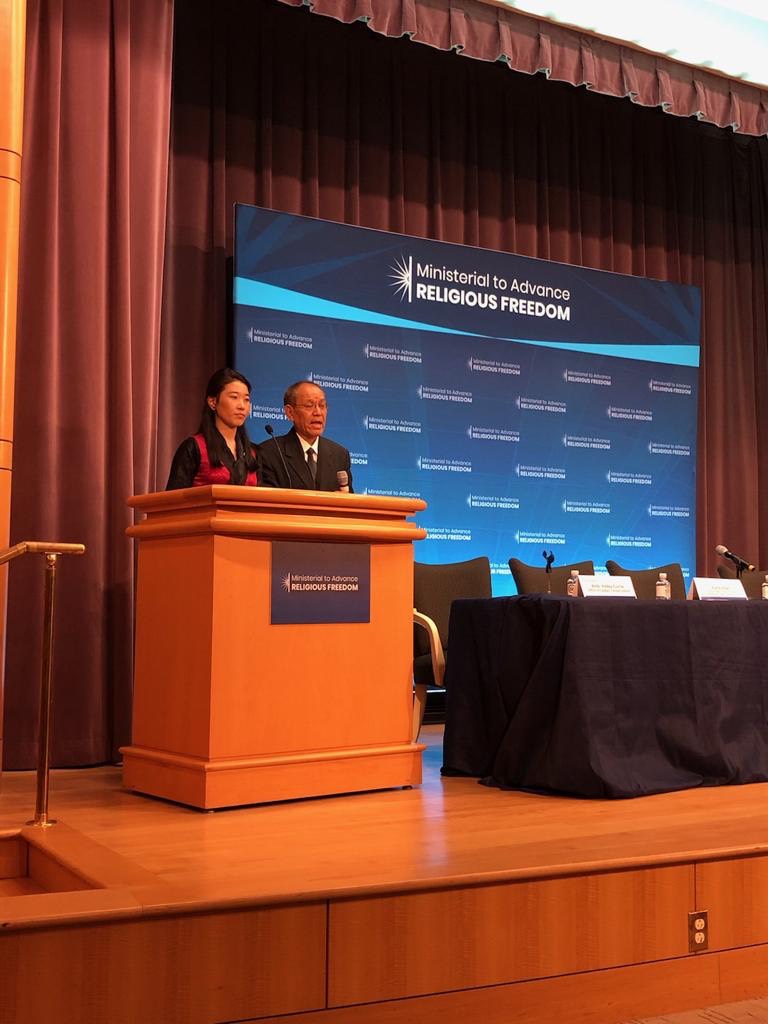 Nyima Lhamo speaking at the Ministerial to Advance Religious Freedom.

Previous Post His Holiness the Dalai Lama imparts a lesson on the oneness of humanity to UK students and Indian professionals Next Post Op-Ed: After an arduous escape from Tibet, Nyima Lhamo wanted to meet the President of America and she did