Op-Ed: After an arduous escape from Tibet, Nyima Lhamo wanted to meet the President of America and she did 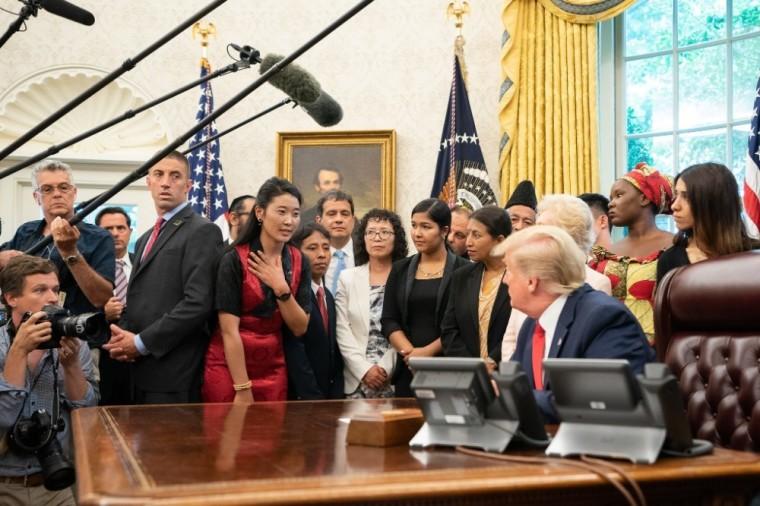 Nyima Lhamo asks US President Donald Trump’s support for Tibet at the White House in Washington, D.C. during the President’s meeting with 27 survivors of religious persecution on Wednesday, 17 July 2019. Photo/ White House

I was amongst the people who laughed when I heard that Nyima Lhamo, as a new arrival in India after an arduous escape from an occupied Tibet in 2016, wanted to meet the President of the United States of America (who was Barack Obama at the time).

It was July 17, 2019, the second day of the U.S. State Department’s Ministerial to Advance Religious Freedom, when many of us were waiting for Ambassador-at-Large for International Religious Freedom Sam Brownback to give his closing delivery. Unfortunately, we were told that he could not make it because he had been called to the White House.

As I wondered why the Ambassador may have been called to the White House while leaving the Ministerial, there was a video being widely circulated on social media where the Ambassador is seen shaking hands with the current President Donald Trump.

As the camera zoomed out, there she was.

A recent arrival from Tibet with the goal of meeting the President of America is now standing in the Oval Office just steps away from Donald Trump, the 45th President of the United States of America. I immediately turned up the volume.

“Sorry, it’s just — I’m from Tibet. It’s my dream [to get] this opportunity to visit the President,” Nyima Lhamo told President Trump.

“Tibetan in Tibet need America’s support, please…support His Holiness the Dalai Lama come back in Tibet,” she added.

Her English was not perfect, but it did not need to be because the pain and desperation in her voice spoke volumes about China’s oppression of the Tibetan people, including her uncle.

Tenzin Delek Rinpoche, a 65-year-old prominent religious leader and a fierce advocate of the rights of Tibetans, was sentenced to life imprisonment on charges of “causing explosions” and “inciting separatism” by the Chinese court. Rinpoche’s case drew international outcry with Human Rights Watch stating that it was plagued with many irregularities and lacked any credible evidence.

After 13 years in prison, Rinpoche died in custody in 2015 under mysterious circumstances. Neither Rinpoche’s body nor his ashes were returned to his family to perform Buddhist last rites and rituals.

In the Oval Office, Nyima Lhamo’s name was not called to speak but she knew that she may not have this opportunity again. With her soft and tender but firm voice, Nyima Lhamo was there to deliver a message from inside Tibet so she made sure to speak with determination but also with gratitude. 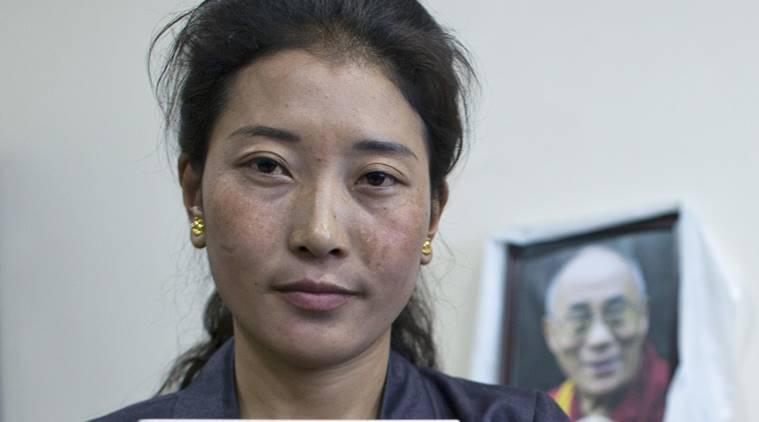 July 17 fell on a Wednesday, which is Lhakar (White Wednesday) for Tibetans. It is the day His Holiness the Dalai Lama was born and recognized as a very auspicious day. It is also the day Tibetans peacefully resist China’s continued occupation of Tibet by embracing and asserting Tibetan culture and identity through what is known as the Lhakar movement.

Arguably, Nyima Lhamo is the first Tibetan – at least in public – to meet with the 45th President of the United States.

In hindsight, those of us living in the free world may find hilarious the audacity of hope in people like Nyima Lhamo. However, for her, it was a moral obligation to be a voice for our voiceless Tibetan brothers and sisters repressed under China’s illegal occupation.

Nyima Lhamo will always be known as the girl from Tibet who wanted to meet the President of America to seek support for Tibet, and she did.

Disclaimer: Views expressed here are that of the individual and do not necessarily reflect those of the Central Tibetan Administration.