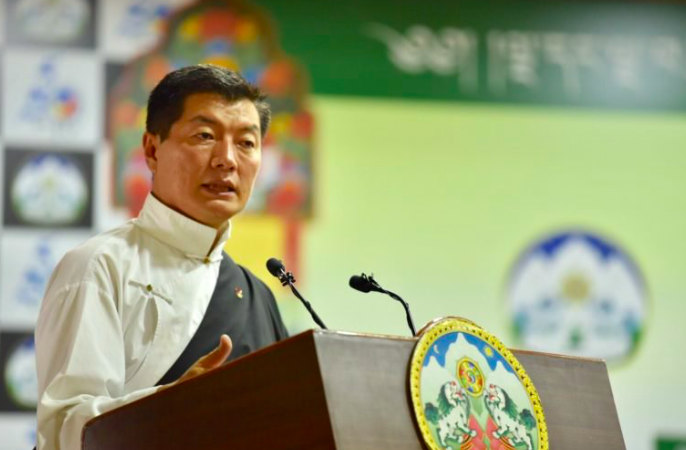 Dharamshala: The Central Tibetan Administration once again opened up its platform for young, bright minds from across the globe to voice their concerns, share their ideas, and discuss on challenges and opportunities concerning Tibet’s future.
After the successful First Five Fifty Youth Forum hosted by the Department of Information and International Relations (DIIR) in 2018 which saw over 185 participants from 21 countries, the DIIR under the guidance of Kashag is hosting the Second Youth Forum for three days from 17-19 August.
The inaugural ceremony for three-day forum was held today at T-building and it was presided by heads of the three pillars of democratic Tibetan administration in exile, representatives of the three Autonomous bodies of CTA, Kalons of various CTA departments, members of standing committee of Tibetan Parliament in exile, secretaries, and other officials.
Around 100 participants from 13 countries are participating this year.
The inaugural ceremony began with lighting of butter lamp by President Dr Lobsang Sangay and Chief Justice Commissioner Kargyu Dhondup followed by the welcome remarks by Secretary Sonam Norbu Dagpo of DIIR.
Addressing the inaugural session, President Dr Lobsang Sangay explained about the inception of the Five Fifty Vision of CTA which he said was formed after much discussion and debate within the members of Kashag following His Holiness the Dalai Lama’s devolvement of his political role in 2011.
“Kashag then came up with Five Fifty Vision which was originally inspired from His Holiness the Dalai Lama’s advice to ‘hope for the best and prepare for the worst, which aims towards restoration of freedom in Tibet and the return of His Holiness to Tibet”, said President Sangay.
He explained that through Five Fifty Vision, CTA’s goal is to realise this vision through policy of dialogue, nonviolence supported by middle way approach when dealing with China.
Resolving the issues of Tibet’s political future within the next five years, sustaining snd strengthening the resilience of the Tibetan people both inside and outside Tibet including preserving and promoting Tibetan culture and identity for the next 50 years if needs be has been the core mantra of CTA’s Five Fifty Vision.
The youth forum therefore becomes one of the mechanisms for achieving the Five Fifty Vision mainly focusing on nurturing and empowering the leaders of tomorrow.
President lauded the participants for their active interest in this ambitious yet achievable vision of CTA. Unlike the previous youth forum, President Sangay announced that 5 outstanding leaders will be elected amongst the participants to be the representatives of youth. 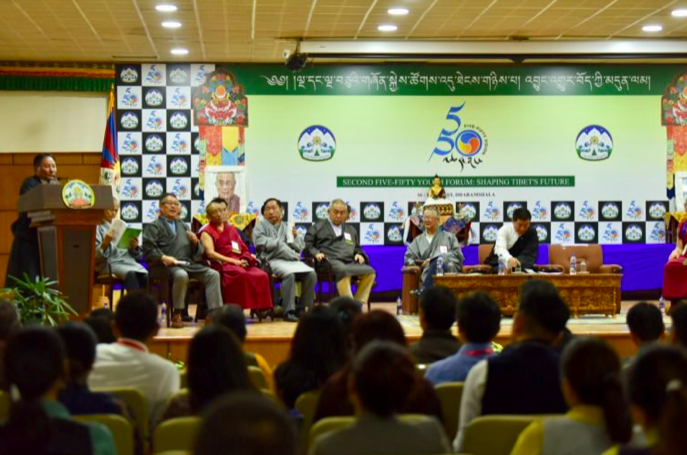 Addressing the gathering, Chief Guest Pema Jungney, Speaker of the TPIE spoke about the crucial responsibilities of Tibetan youth in the nation building as he reiterated that they are in the possession of power to change the destiny of Tibet.
“In order to build a nation, you must be well acquainted with the past history of the nation”, noted Speaker Pema Jungney.
He reminded the gathering about the significant contributions made by His Holiness the Dalai Lama and the elder generation alike in retaining the Tibet movement which he affirmed will never cease to exist or be extinguished as he acknowledged their effort and struggle.
Speaker then congratulated the participants and expressed his good wishes.
Secretary Tsewang Gyalpo Arya of DIIR gave a closing speech. He explained the details of 3 day forum which will have participants indulge in the discussion and debate on 4 major themes such as 1) Tibet and PRC: Establishing Constructive Engagement and Negotiations 2) Inclusion of and Responsiveness to Tibetans inside Tibet and Diaspora 3) Young Voices in the Tibetan Freedom Movement: Communications, Advocacy, and International Relations 4) CTA’s Leadership towards the Five Fifty Vision-Creating Visionary Leadership, and Resource Mobilization. 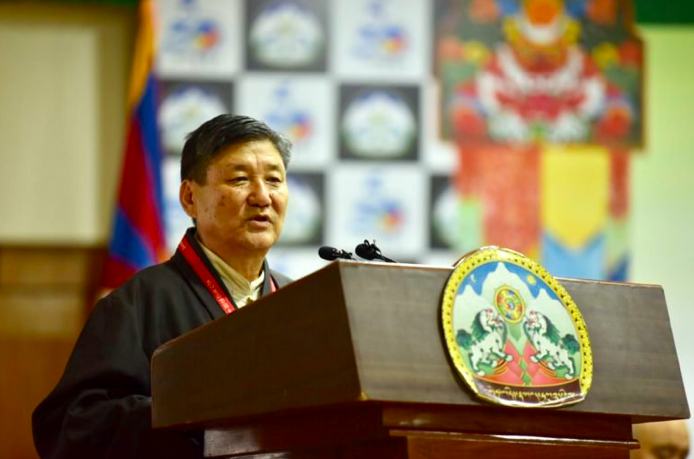 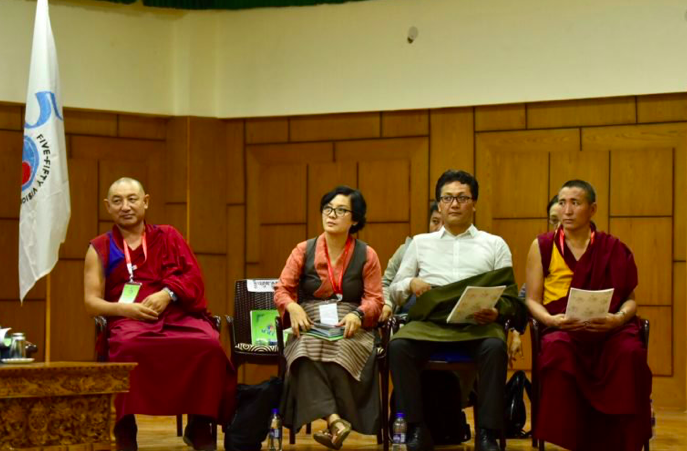 Members of the standing committee of Tibetan Parliament in exile. Photo/Tenzin Phende/CTA 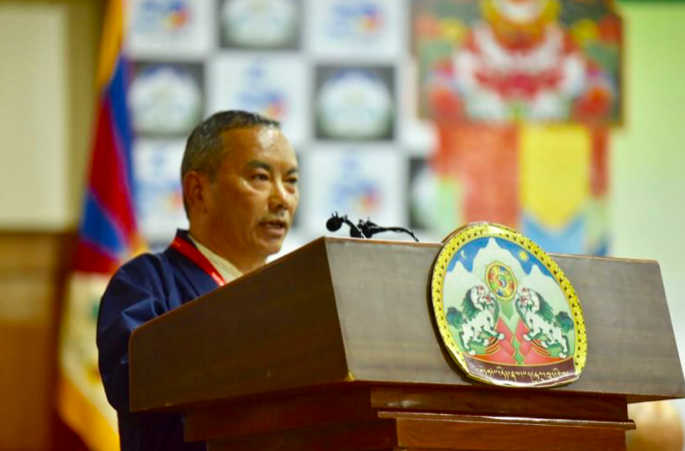 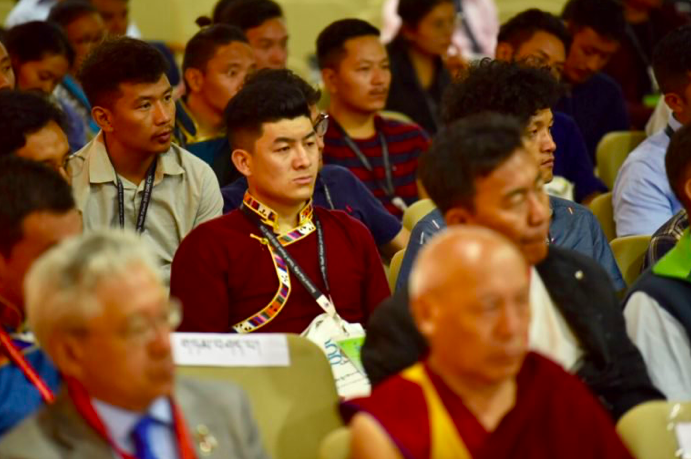