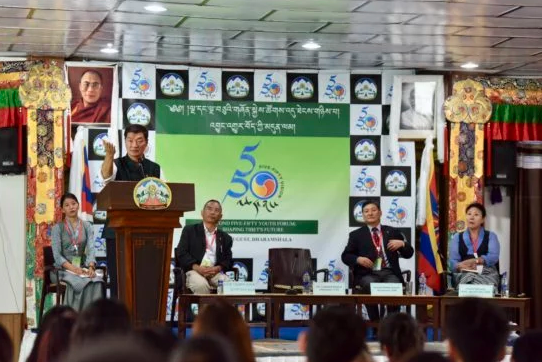 haramshala: The much-celebrated Five Fifty Youth Forum of the Central Tibetan Administration concluded on a high note today. The second Five Fifty Youth Forum: Shaping Tibet’s Future has brought about a confluence of 100 young Tibetans in the diaspora who are excelled in many areas of study to discuss and deliberate on CTA’s Five Fifty Vision particularly on the challenges and opportunities facing the Tibetan freedom movement.
The three-day forum saw an optimum discussion, debate, and learning from one another while the participants chalked out action plans regarding the future political status of Tibet.
In his key remarks during the valedictory session, Secretary Sonam Norbu Dagpo of DIIR lauded the participants for the perseverance and resilience they displayed throughout the forum. 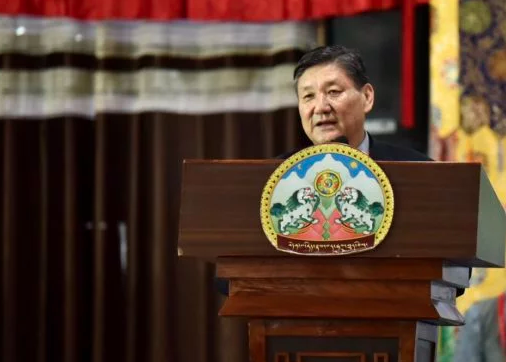 He acknowledged the contributions of the participants and remarked, “Your presence here speaks volume of your dedication and patriotism towards the cause of Tibet”. He further counseled them on inculcating the practice of conducting thorough background study while initiating any kind of work. He especially urged the younger generation Tibetans to be well acquainted with the past history of Tibet as he called them the pioneers in shaping Tibet’s future.
“The past history of Tibet reveals that Tibet was an independent nation but this fact has been misconstrued and fabricated by China’s narrative of Tibet” asserted Mr. Dagpo. He thus urged them to devise strategies to confront and condemn such misinterpretations that China blatantly makes. He apprised them of the initiatives taken and being taken by CTA and urged them to contribute in the process.
“Don’t ask what CTA can do for you. Ask yourself what you can do for CTA and the cause of Tibet”, said Mr. Sonam N. Dagpo.
CTA President Dr. Lobsang Sangay in his concluding remarks said the forum has been established particularly for the younger Tibetans to examine what political role they want to contribute towards the cause of Tibet and he extolled that the initiative proved to be successful one much to CTA’s aspiration. He further urged them to expand the suggestions and recommendations in the next year forum. He also comforted them to face the challenges of criticisms positively and grow from the experience.
“Tibetans inside Tibet are still facing unprecedented oppression but they have not lost hope. They are united and determined in their pursuit which has kept them strong so we must inculcate the same in the exile” advised President Sangay.
President further noted that the younger generation of Tibetans, in particular, have more and bigger challenges but he also reminded them that they are also blessed with an abundance of opportunities and thus urged them to make the best use of the favourable time and not get disheartened and discouraged by potential criticisms from strangers.
Mrs Chemi Tseyang, Additional Secretary of DIIR delivered thank you remarks and the valedictory session of the Secod Five Fifty Youth Forum: Shaping Tibet’s Future concluded with the feliciation of the panelists and speakers by CTA President. 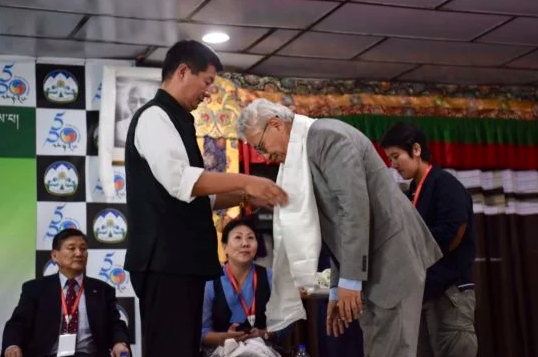 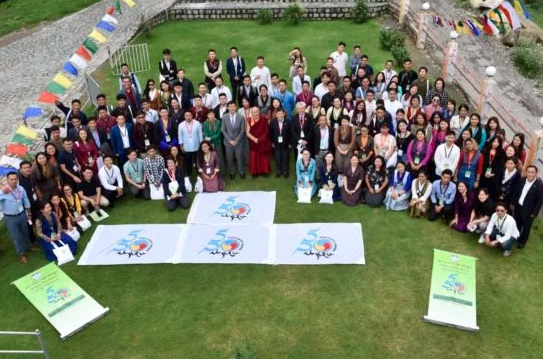 A group picture of the particpants with President Dr Lobsang Sangay and the organising team of DIIR. Photo/Tenzin Phende/CTA