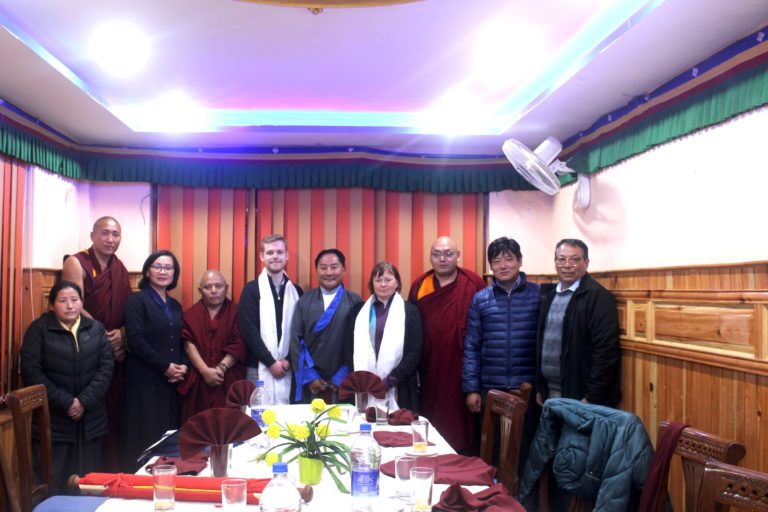 Dharamshala: Tibetan Parliament-in-Exile hosted dinner for Hon. Frantisek Kopriva, a founding member and co-chairperson of Czech Parliamentary Group for Tibet, and the vice-chairperson of Committee for European affairs of the Chamber of Deputies, and Dana Balcarova, a founding member of the Czech Parliamentary Group for Tibet, and the chairwoman of committee of environment of the chamber of deputies, yesterday at around 6:30 pm.
The dinner started with the introduction of the Members Standing Committee, SecretaryGeneral of the Parliamentary Secretariat, and its staff to the Czech MPs by the Deputy Speaker Acharya Yeshi Phuntsok.
Followed by Speaker Pema Jungney’s remark, who began by greeting and welcoming the guests, on behalf of the Tibetan Parliament-in-Exile, Tibetan people in and outside Tibet. Speaker then spoke about the late President Vaclav Havel, who was the first President of the independent Czech Republic and was a strong admirer and supporter of His Holiness the 14 Dalai Lama who also set the precedent for other heads of nations by inviting and welcoming H.H the 14 Dalai Lama to his country.
Sharing his experience of meeting the late President, he said, “In 2003, during the 4 International Tibet Support Group Conference at Prague, I got the honour to dine lunch with the late President Vaclav Havel in the presence of H. H the 14 Dalai Lama at his residence, on his invitation. That was the most memorable moment for me and I was fortunate to have met late President Vaclav Havel in person, who was a very good friend of H. H the Dalai Lama and a genuine supporter of Tibet.”
Saluting the courage and genuine support of Czech people for Tibet’s cause, Speaker spoke about hoisting of about 900 Tibetan National Flags to show solidarity with the cause of Tibet and for being the biggest supporters of Tibet in Europe despite the Czech Republic being one of the smallest countries in Europe.
While lauding the MPs for visiting Dharamsala, he said, “this is evident from your bold decision to visit India all the way from the Czech Republic to grace the 61 Anniversary of the Tibetan National Uprising Day by your presence despite the outbreak of Covid-19. Any nation that supports Tibetan cause is supporting non-violence, truth, and justice. Your unflinching support towards Tibet’s political cause will always be appreciated and be grateful to.”
Speaker then briefed on the composition of the Tibetan Parliament-in-Exile, Parliamentary sessions, and Standing Committee.
He also extended his profound gratitude to the MPs and people of the Czech Republic on behalf of Tibetan Parliament-in-Exile for being in the forefront to support the Tibet cause despite pressures from the People’s Republic of China and said, “Your support is an indelible part of our historical narrative and we will always remember your kindness and genuine support.”
Speaker concluded saying, “Last but not the least, I would like to thank Hon Frantisek Kopriva who I have met at 7 World Parliamentarians Convention on Tibet in Riga, Latvia and Dana Balcarova for travelling such a long distance to grace this important occasion and for all your commitments in the years to come.”
Thereafter, Hon. Frantisek Kopriva thanked Speaker, Deputy Speaker and Members of the Standing Committee for the great hospitality during their stay in Dharamsala. He also shared his experiences of visiting offices, NGOs, etc. in Dharamsala and spoke about the declaration of support from the Czech Republic Parliament. He spoke about the Tibet Parliamentary support group of Czech, which is the biggest in Europe. He also invited Speaker and Deputy Speaker led Parliament Members to Prague.
While Dana Balcarova thanked Tibetan Parliament-in-Exile for the warm welcome. She spoke about her agenda of the environment, specifically; climate change and sustainable development. She assured to do her best in her field of work for Tibet.
Dinner then continued with the informal interaction of Czech MPs with the Parliament Members of Tibetan Parliament-in-Exile. They discussed on Tibetan electoral system, visitation program of Tibetan Parliamentarians, European Union, Tibet support groups across the world, etc. thus successfully concluding the dinner.
–Filed by Tibetan Parliamentary Secretariat 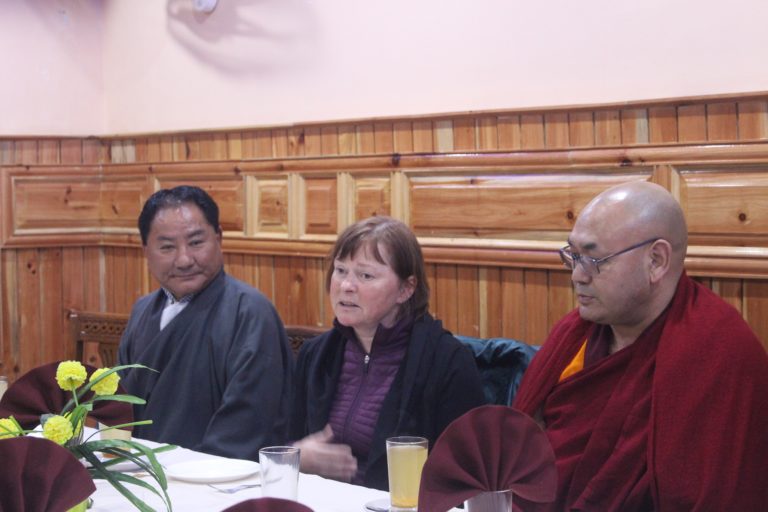 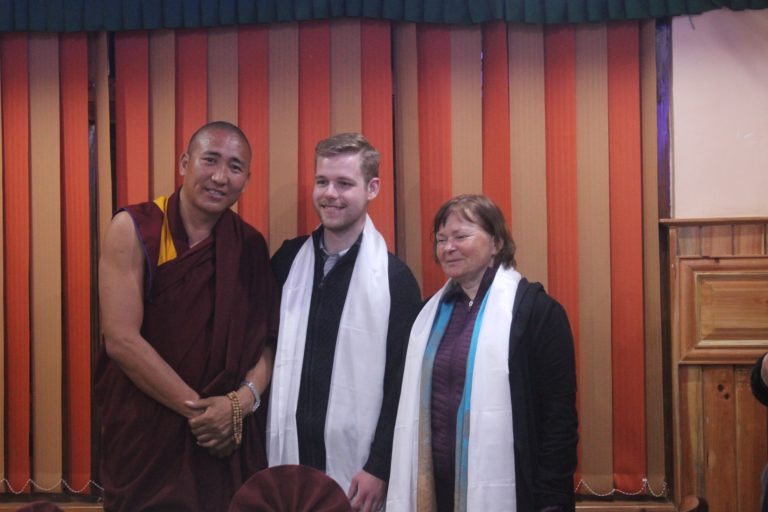 The Czech MPs are presented with Tibetan Scarves. Photo/TPiE 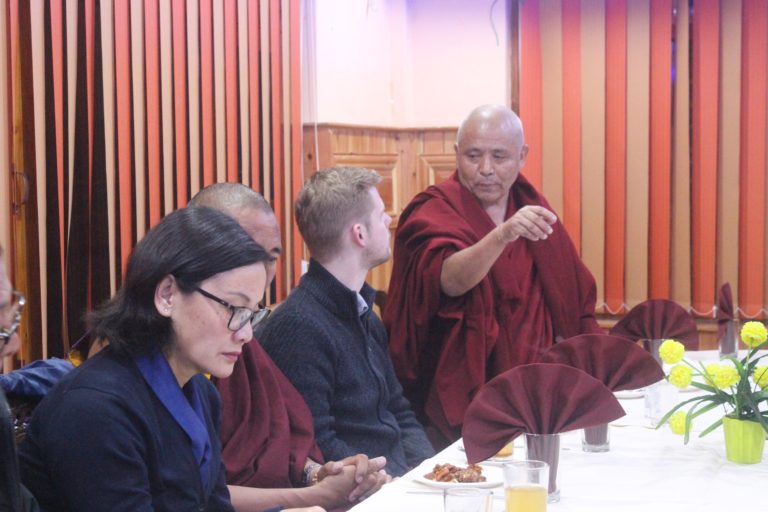 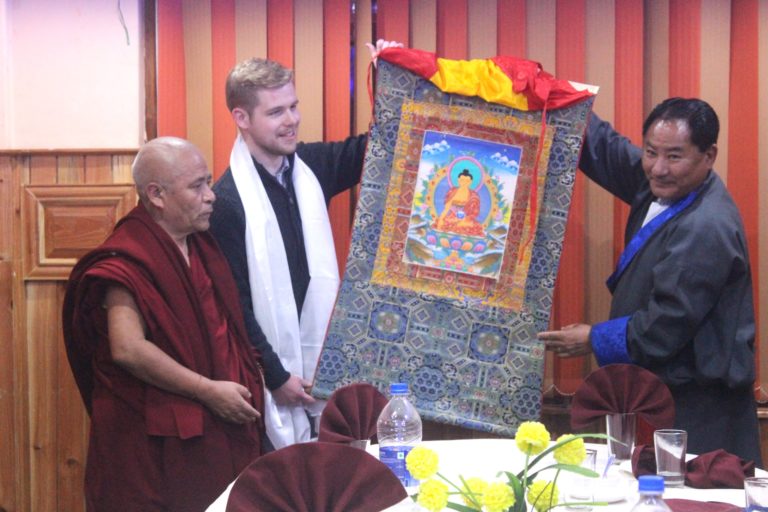 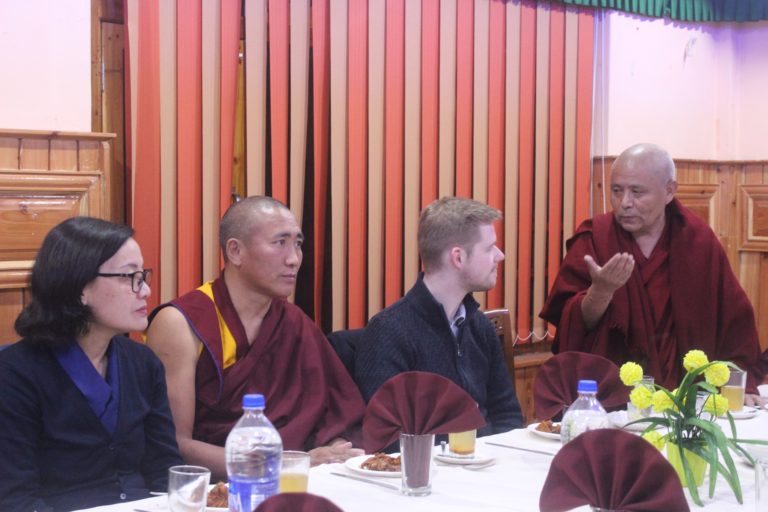 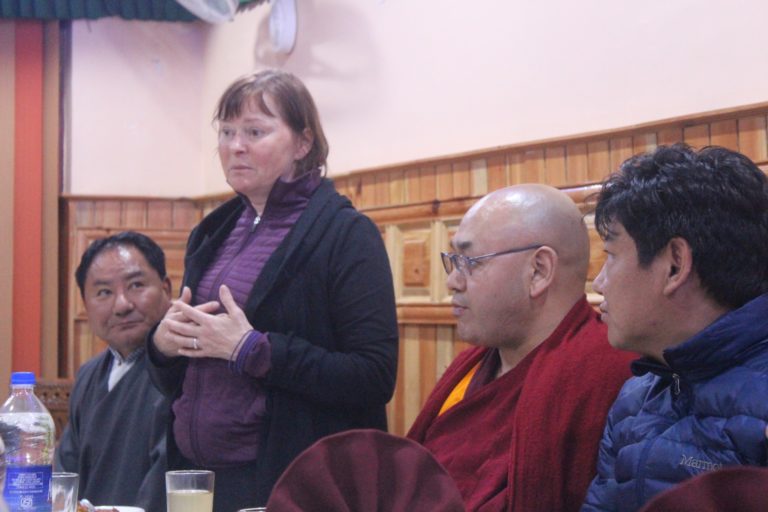 MP Dana Balcarova speaking at the dinner hosted by the Tibetan Parliament. Photo/TPiE 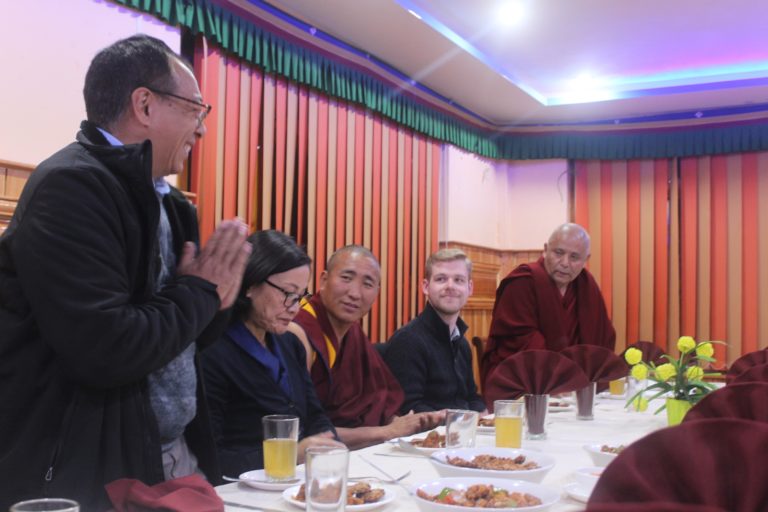 Tibetan Parliament members express their thanks to the Czech MPs for their support. Photo/TPiE

Previous Post On the 61st anniversary of Tibetan Uprising Day, Czech MPs reaffirm support to the cause of Tibet Next Post UN Human Rights Chief’s visit to China “incomplete without a visit to Tibet”