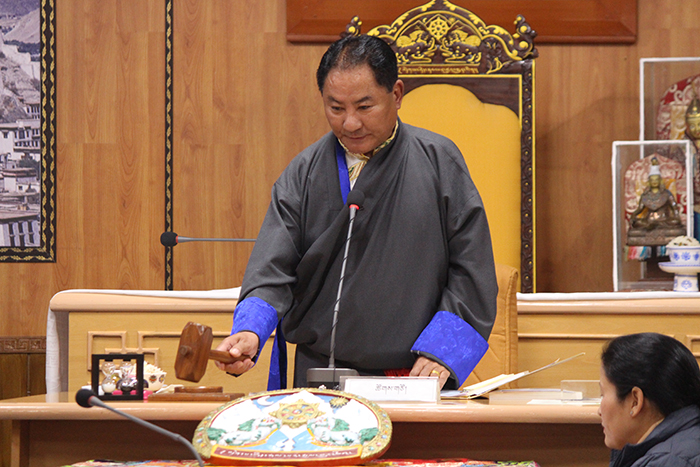 Dharamsala: In the light of the COVID-19 outbreak across the world and with an increasing number of confirmed cases of positive patients in India, the budget session of the 16th Tibetan Parliament-in-Exile for the fiscal year 2020-2021, scheduled to hold for 10 days from 17-27 March 2020, convened for only one day as a measure to contain the spread of the virus.
The session began with Speaker’s session commencement announcement which was followed by his opening speech and the appointment of Acting Speaker and Ad Hoc committee members.
Speaker in his brief opening remark said that the one-day budget session that has been convened as per the Charter of Tibetans in exile, which instructs Parliament to hold a Parliamentary session within a period of six months. Speaker further said that the session will strictly follow the set agenda which includes presentation and approval of the annual budget of Central Tibetan Administration for the year 2020-21 and adoption of official resolutions of obituary and solidarity.
The list of business marking the official obituary reference was followed with Parliamentarian Ngawang Tharpa Gewatsang paying tribute to Yonten, a 24 Tibetan youth, who self-immolated on 26 November 2019 to protest the repressive policies of the Chinese government. Parliamentarian Youdon Aukatsang paid official obituary reference to former Geluk Parliamentarian Late Gajang Geshe Lharampa Tashi Gyaltsen, who passed away on 21 January 2020 at the age of 64. 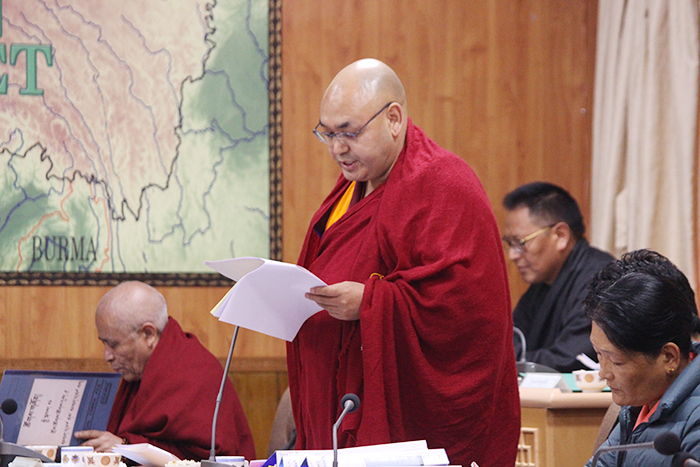 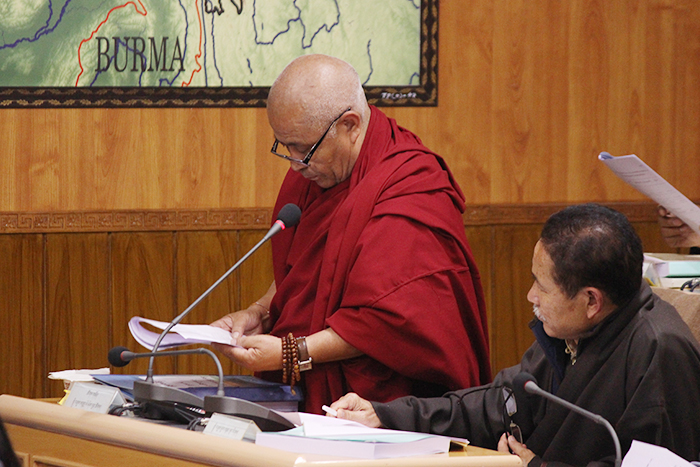 Deputy Speaker Acharya Yeshi Phuntsok speaking on the floor of the parliament.