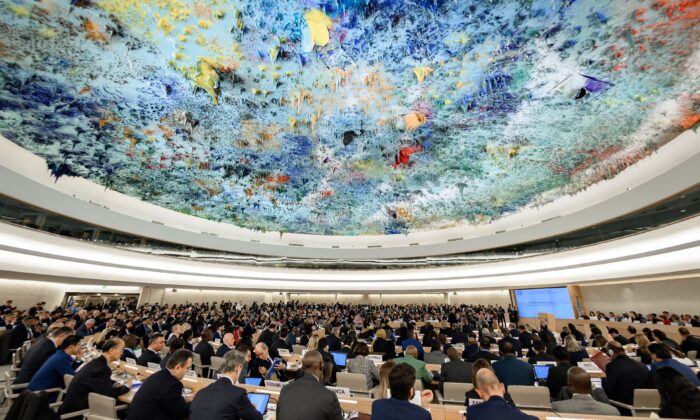 In light of China’s increasing dominance and aggression at the United Nations, the Central Tibetan Administration (CTA) is appalled to learn of China’s appointment to the UN Human Rights Council’s influential Consultative Group, a panel comprising of only five nations. China will represent Asia-Pacific Group at the UNHRC panel from 1 April 2020 to 31 March 2021.

The candidates for the UN mandate holders, who are world’s human rights experts charged to investigate, monitor and report on specific human rights issues would be heavily influenced by China. Despite China’s long record of human rights violations, its representation in the UNHRC panel is a concerning turn of events for all human rights defenders and advocates.

T.G. Arya, Secretary of Department of Information, CTA said that it is very unfortunate that China has been appointed to the UN Human Rights Council panel. “China is on the top list of countries known for gross violations of human rights and religious freedom. By appointing one of the worst human rights offenders to the UNHRC panel, the Council is sending a wrong message to the international community. It will greatly disturb the world order and restructure the human rights narratives. Tibetans, Chinese, Uyghurs, Mongolians and Hong Kong people, who are all victims of the Chinese Communist Party’s oppressive regime, all now fear that they will not get fair hearing. It is like putting an eagle in a dove-cote,” he said.

China never failed to attract international condemnation over its human rights record. For the last five years, Tibet under Chinese occupation has been named the second-least free region in the world. China was also ranked the world’s worst abuser of internet freedom. The UN should seriously reconsider China’s appointment in the Human Rights Council panel.

Coordinator of the Asia-Pacific States, the UN Permanent Mission of Oman endorsed the nomination of Mr. Jiang Duan, a Minister at China’s Mission in Geneva. The other four member states are Chad (from the African States), Slovenia (Eastern European States), Spain (Western European and other states), and one pending nomination from Latin American and the Caribbean States.