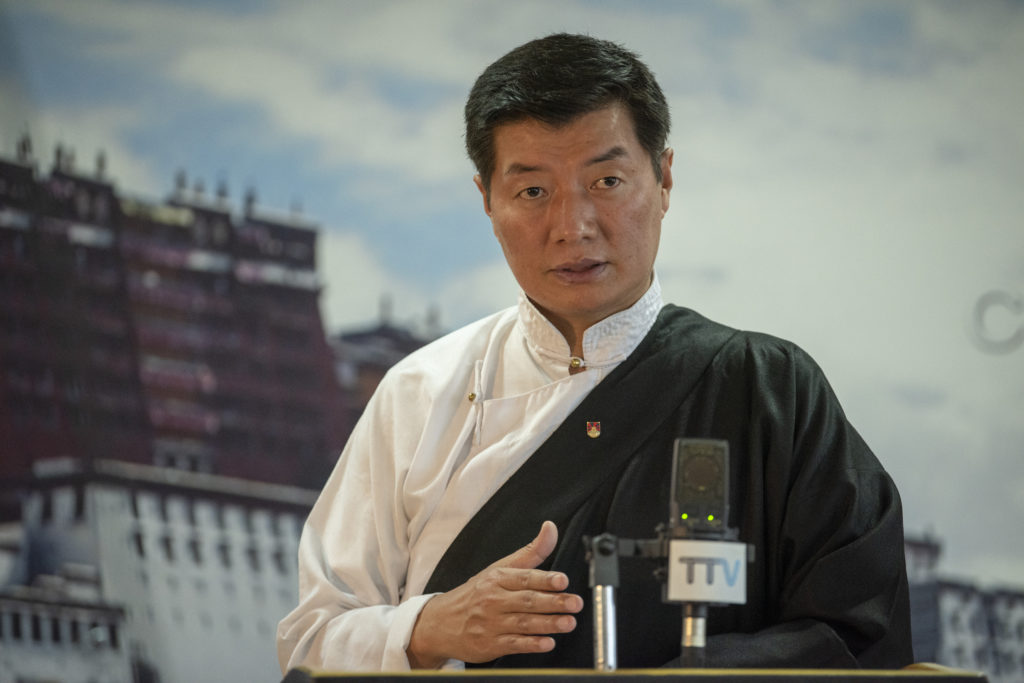 On 25 April 2020, Tibetans and Tibet supporters around the world marked the 31st birthday of His Eminence the 11th Panchen Lama, Tenzin Gendun Yeshi Thrinley Phuntsok Palsangpo, the manifestation of the compassionate Bodhisattva Amitabha. We pray that he is well and healthy, and with that aspiration we offer our greetings on His Eminence’s birthday.

On 17 May 1995, when he was only six years old, the Panchen Lama was abducted by the Chinese Communist government along with his family after His Holiness the 14th Dalai Lama recognized him as the reincarnation of the 10th Panchen Lama. Since that fateful day, Buddhists around the world and Tibetans in India and especially in Tibet, have been living in hope that one day we will be able to receive blessings from the Panchen Lama.

The lineages of the Dalai Lamas and the Panchen Lamas share a unique spiritual relationship. It was in keeping to centuries-old Tibetan Buddhist traditions that His Holiness the 14th Dalai Lama recognized the 11th Panchen Lama.

After orchestrating the disappearance of the 11th Panchen Lama, China, a self-declared atheist government and infamous for its persecution of religious groups in China, placed a young boy, Gyaltsen Norbu, as their own 11th Panchen Lama. This politically motivated action failed, however, to displace the position of the true Panchen Lama from the hearts and minds of the Tibetan people. For Tibetans in Tibet and in exile, and for Tibetan Buddhist followers around the world, Gedhun Choekyi Nyima, the six-year-old boy recognized by His Holiness the 14th Dalai Lama will always be the true Panchen Lama.

China’s abduction of the Panchen Lama and forcible denial of his religious identity and right to practice in his monastery is not only a violation of religious freedom but also a gross violation of human rights.

Since his abduction, the UN Committee on the Rights of the Child (UNCRC) and the UN Working Group of Enforced or Involuntary Disappearances (WGEID) have raised questions on the whereabouts of the 11th Panchen Lama. Similarly, the US Congress, European Parliament and parliaments of various other nations such as UK, Canada, various governments, international organizations and Tibet support groups have released reports, issued statements and passed resolutions calling for his immediate release.

China has repeatedly failed to respond to the UNCRC’s call to allow an independent body to visit and verify the wellbeing of the 11th Panchen Lama. At the 119th session of the UN Working Group of Enforced or Involuntary Disappearances (WGEID) last September, China once again responded to the questions on the whereabouts of the 11th Panchen Lama with unverifiable and insufficient information.

If China’s claim that Tibetans in Tibet enjoy religious freedom is to be considered true, then China must provide verifiable information on the wellbeing and whereabouts of the 11th Panchen Lama, his family and Chadrel Rinpoche, the former Abbot of Tashi Lhunpo Monastery and the head of the search committee for the reincarnation of the 10th Panchen Lama, through pictures and videos.

Our call for justice for the 11th Panchen Lama is also a reminder of our commitment to the legacy of his predecessor, His Eminence the 10th Panchen Lama. On 18 May 1962, the 10th Panchen Lama presented the Chinese translation of the report, most commonly known as the 70,000 Character Petition, to the then Chinese Premier Zhou Enlai. The report was the culmination of what His Eminence had witnessed during the three years as the acting Chairman of the so-called TAR Preparatory Committee. The report detailed failures of the Chinese reform policies in Tibet that resulted in destruction such as the famine that ravaged throughout the country and the Tibetan Buddhist Monastic Education centers that were on the verge of annihilation.

Chairman Mao’s opposition to the petition trampled Panchen Lama’s hope that leaders of the regime might show interest in the petition and bring changes. And instead, the 10th Panchen Lama was barred from attending important meetings and was publicly criticized and humiliated towards the end of 1962. He was further subjected to struggle sessions and was put under house arrest. He was imprisoned in February 1968, where he spent more than 9 years in prison until his release in October 1977.

Even after his release from prison, the 10th Panchen Lama with unsurmountable courage remained committed to his sworn oath in the petition, “I will certainly not allow any trace to be left in my history which would tarnish my reputation as a descendant of the hardworking and brave Tibetan nationality.”

On 23 January 1989, Panchen Lama gave a historic speech in front of various high- ranking Chinese government officials at the inauguration ceremony of the newly-renovated mausoleums of the 5th to the 9th Panchen Lamas at Tashi Lhunpo Monastery in Shigatse. His Eminence said, “If we compare the price of the sacrifice we have made with the development that we have seen; my feeling is that the value of our sacrifice has been far greater. Our sacrifice far outweighs our development.”

On 24 January 1989, in front of Tibetan religious heads from five Tibetan regions and local authorities, Panchen Lama criticized the Cultural Revolution and stated Tibetans must protest it. On 28 January 1989, four days after delivering this historic condemnation, the Panchen Lama died under mysterious circumstances in his monastery. The Chinese government announced that Panchen Lama had died of a heart attack without conducting any official investigation into the causes of his sudden death. We don’t believe and accept that the 10th Panchen Lama died of natural causes just as we don’t believe that his reincarnate, the 11th is under safe protection.

Today marks the 25th anniversary of the 11th Panchen Lama’s disappearance. 25 years is a significant time in an individual’s life. For a person to spend the prime of his life or quarter of a century in enforced captivity is an irreparable loss. The disappearance of the Panchen Lama is not only an injustice to one person, but it is an injustice to six million Tibetans and their right to religious freedom.

China must honour its claim of ethnic harmony in China by fulfilling the aspiration of the Tibetan people. It must right the wrong and release the 11th Panchen Lama along with his family, Chadrel Rinpoche and all Tibetans unjustly imprisoned.

Taking this opportunity, we thank all nations and their Parliaments founded on the principles of freedom and justice, international human rights organizations and individuals for their continued support. We appeal to the international community to make a concerted effort to press China to release Gedhun Choekyi Nyima and resolve the critical human rights situation in Tibet.

We proudly acknowledge and thank the Tibetan Non-Governmental Organisations and the Tashi Lhunpo Monastery for continuingly undertaking various initiatives to ensure the release of the 11th Panchen Lama.

Note: This is a translation of the Tibetan statement. Should any discrepancies arise, please treat the Tibetan version as final and authoritative.