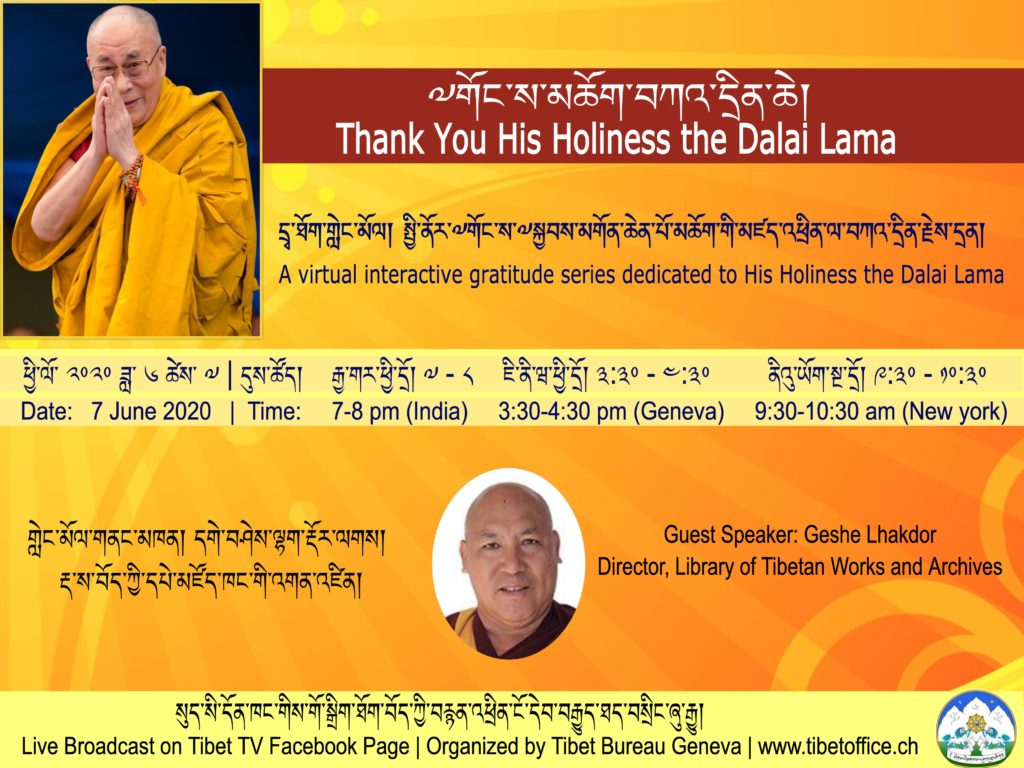 Geneva: Tibet Bureau Geneva will be hosting a live interactive discussion with the Director of the Dharamshala based Library of Tibetan Works and Archives Geshe Lhakdor on Sunday 7 June 2020 at between 7:00 to 8:00 pm (IST); 3.30 to 4:30 pm (Geneva) and 9:30 am to 10:30 am (New York) which will be broadcasted through Tibet TV Facebook page. Live questions from the audience will be accepted subject to the availability of time.

The virtual program will host a guest speaker who will discuss the various contributions and benefactions of His Holiness the Dalai Lama, especially highlighting His four important life-time commitments and the roles and responsibilities of Tibetans in fulfilling these commitments.