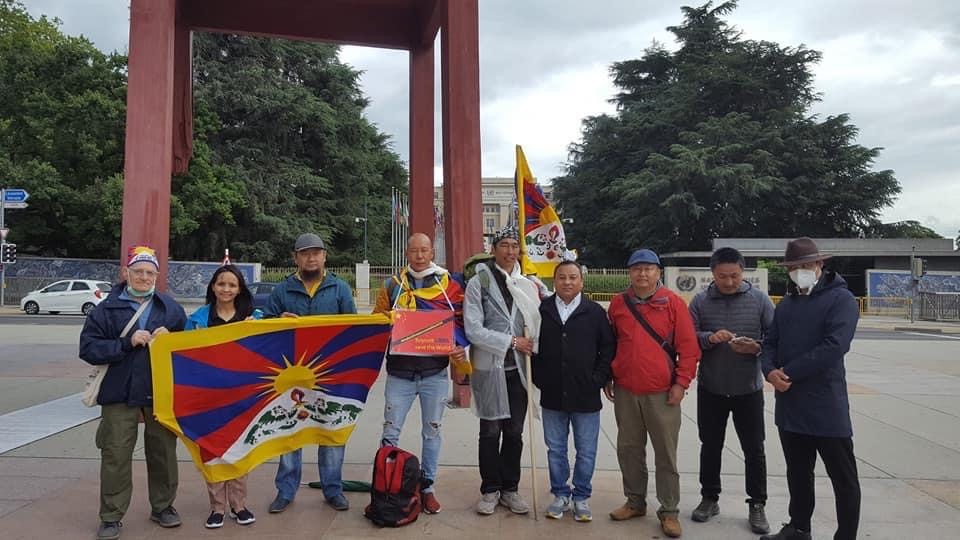 Solo Peace Marcher Tsering Wangdue warmly received in Geneva by the staff of Tibet bureau and President of Tibetan community in Geneva and community’s representative and Swiss-Tibetan Friendship representative.

Geneva: A 45-year old, Tsering Wangdue, resident of Switzerland concluded his solo peace March with an appeal to the UN Human Rights Office in Geneva on 5 June 2020.

Wangdue, a father of two sons, began the peace march from Winterthur, Zurich in northern Switzerland, on 27th May 2020, to raise awareness about the human rights violations in Tibet and to make China accountable for its violations.

Carrying Tibetan and Switzerland flags with “Make China Accountable” placard, Wangdue covered around 279 km walking. While crossing through Zurich, Luzern, Bern, Fribourg, Lausanne, and Geneva he was warmly received by Tibetan communities and individuals. Some Tibetans also accompanied him for short distances to share solidarity.

On arrival in Geneva, Wangdue was received by the staff of the Tibet Bureau Geneva, Sonam Therchin, and Kalden Tsomo along with Bhayen Trogey, president of Tibetan Community in Geneva accompanied by community’s representatives in front of the UN Office at Geneva. Due to Wuhan originated COVID-19 pandemic and social distancing norms in place the reception was held with limited people.

In coordination with the Tibet Bureau Geneva, Wangdue submitted an appeal letter to the UN High Commissioner for Human Rights, Ms. Michelle Bachelet. In his two-page appeal letter, Mr. Wangdue said “Today we all are suffering because China did not take any action in stopping the coronavirus from spreading in the initial stage. Instead, China punished the doctors and physicians who alerted the people of this virus. Even when the Chinese government got to know the seriousness of this infection, the Chinese government kept lying about the impact and the death toll. Now because of the series of lies by China, the world is paying a huge price”. He said Tibetans have been warning the world what China is doing in Tibet can lead to global catastrophe, “Had the world taken serious note of these violations and stopped China in its path of destruction, maybe this current global pandemic could have been avoided and controlled”.

He implored the UN office of Human Rights to make China accountable and called for united efforts to take action against China. 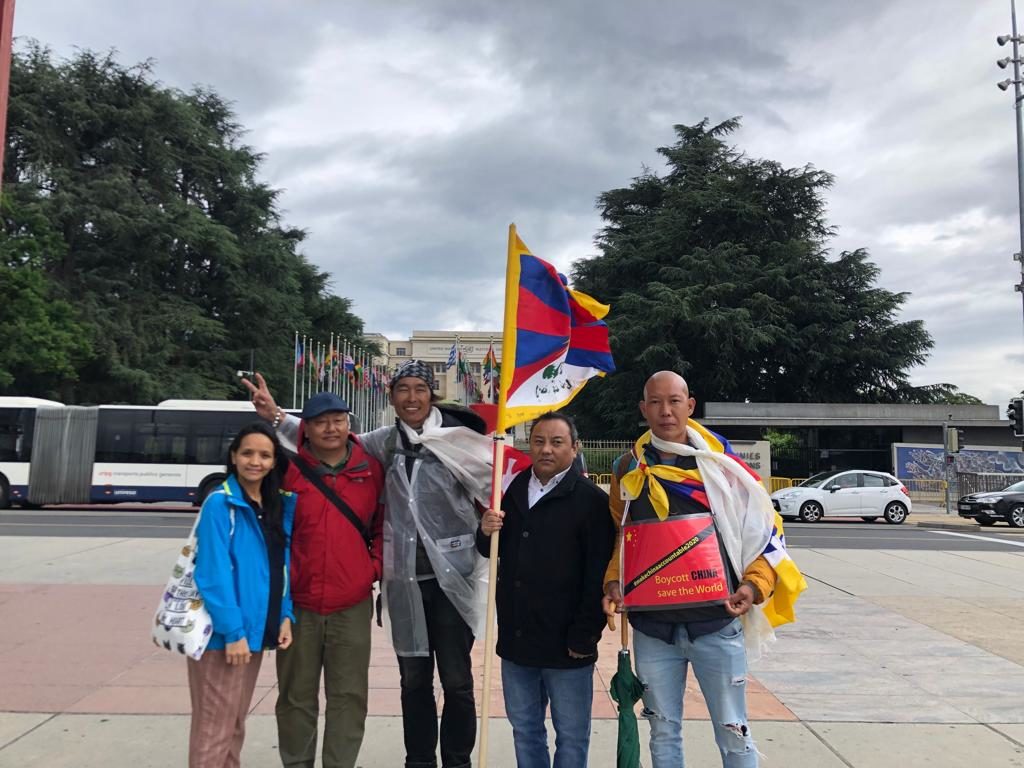