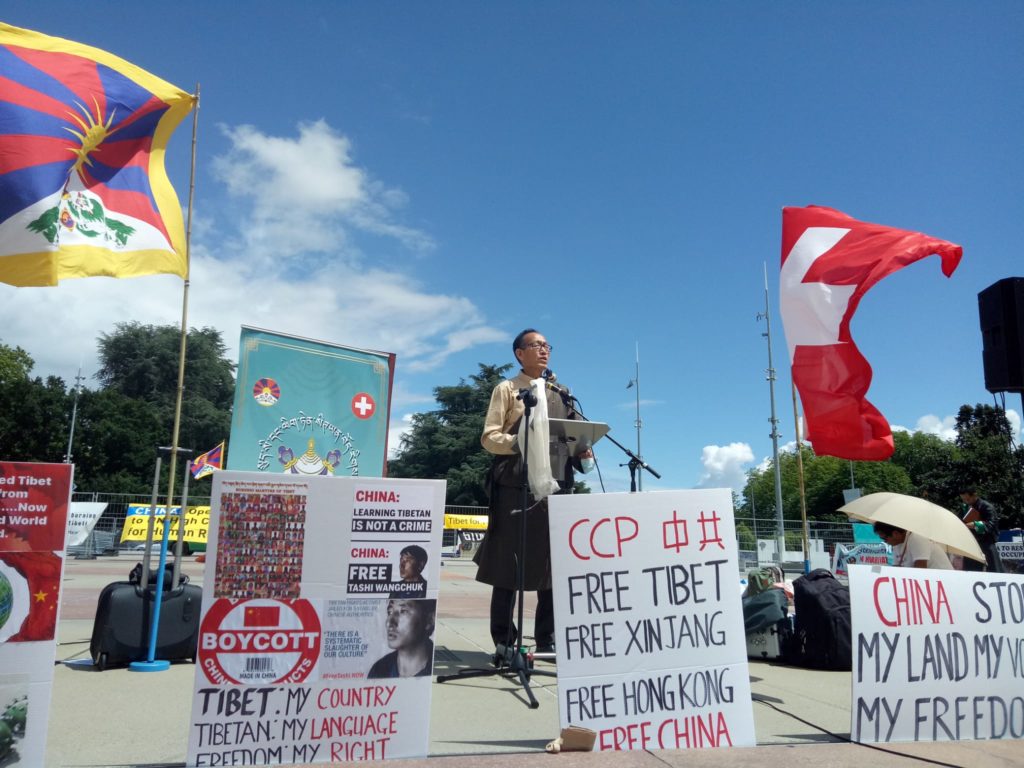 Geneva: Tibetans Community of Switzerland & Liechtenstein held a demonstration in front of the United Nations’ Human Rights Council office, on 19 June, ahead of the 44th regular session of the UN human rights council.

Following strict physical distancing and safety-related norms due to Wuhan originated COVID-19 pandemic, members of the community assembled at the Place des Nation in protest against China’s continued violation of human rights in Tibet and other regions under China’s control.

Currently, UN member states have assembled for the resumption of 43rd session which was suspended due to COIVD-19. The outbreak of COVID-19 has compelled the Bureau of UN Human Rights Council to postpone the last week of the 43rd session held in March earlier this year was resumed from 15 June to 22 June. The 44th session is due to take place from 30 June to 21 July, in a significantly restricted manner.

Addressing the gathering, Representative Chhimey Rigzen, Tibet Bureau Geneva, briefed on an overview of the deteriorating human rights situation in Tibet and called for continued advocacy efforts from everyone. He further said “the outbreak of COVID-19 pandemic originated from China has affected lives of millions. China instead of taking responsibility and action against the spread of the pandemic blamed other countries. On the other hand, the pandemic has shown the world China’s bullying tactics”. The issue of Tibet will be resolved peacefully, added Representative Chhimey.

President of the Community Norbu Tsamda said as the world is currently undergoing tremendous sufferings due to COVID-19 pandemic, Tibetans inside Tibet are facing double-fold lockdown situation. Referring to Tibetan blogger Tsering Woser’s write-ups on the situation in Tibet during the pandemic, the stringent restrictions on the movement of Tibetans within Tibet regions are heightened in addition to severe suppression on freedom of expression and opinions. As the situation is gradually getting better, the lockdown situation in Tibet continues to remain severe in the name of “maintaining social stability”. 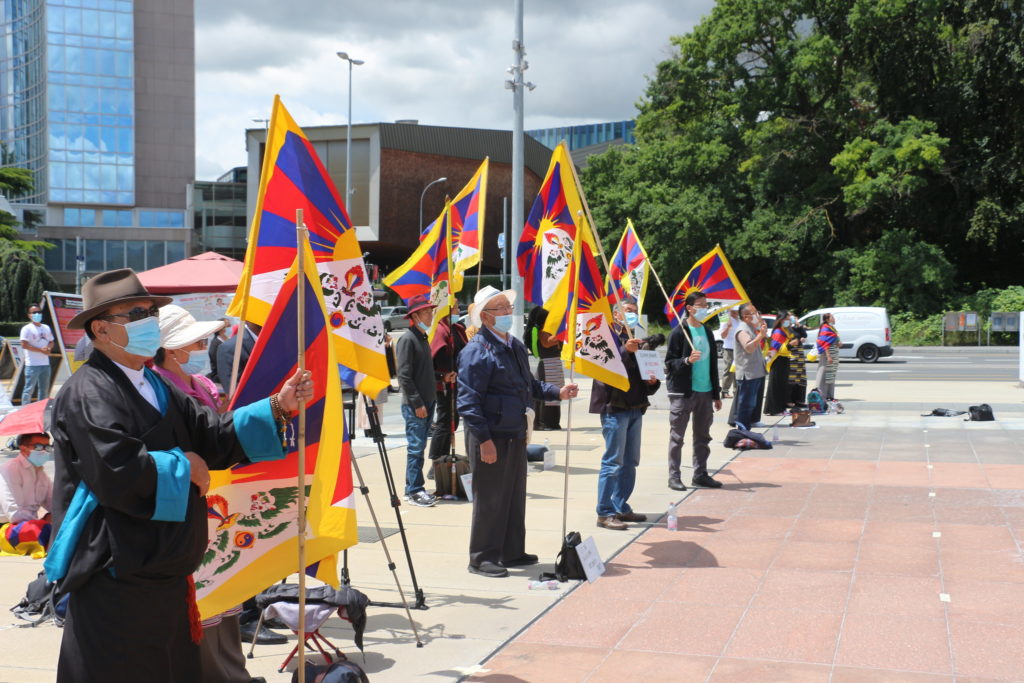 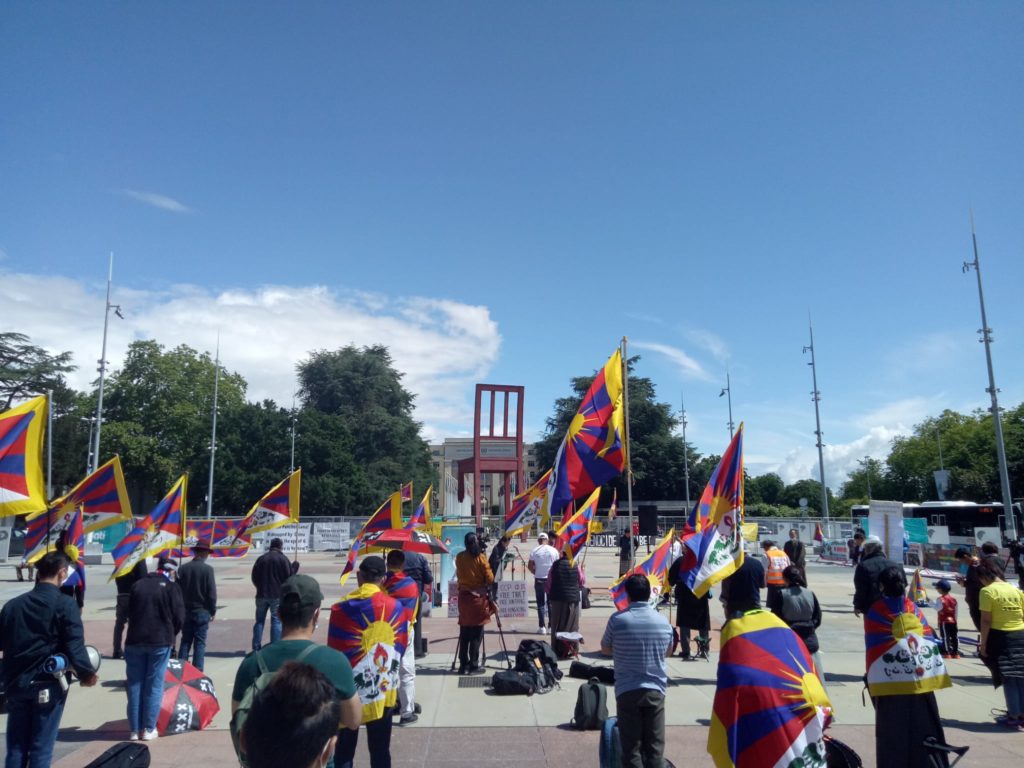 Observance of a minute’s silence in honour of Tibetan Martyrs.

Respecting physical distancing as Tibetans gather infront of the UN in protest against China’s continued violations of human rights in Tibet.