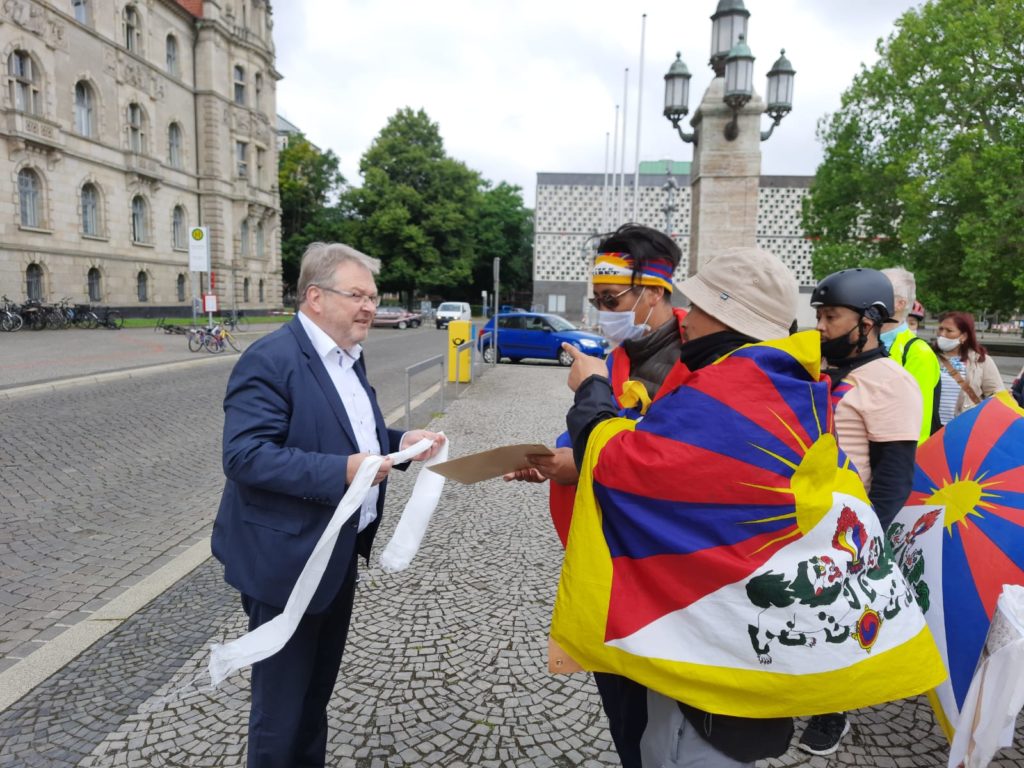 Seven members of the Tibetan Association of Germany concluded the 8-day cycle rally from Bonn to Berlin which started on 29 June 2020 and culminated on 6 July 2020 coinciding with the 85th birthday of His Holiness the Dalai Lama. The cycle rally covered around 600 kms crossing 3 major cities and around 26 towns with the objective to raise awareness about the egregious human rights violations being carried out by China in Tibet and the other territories under the regime of the Chinese government. As a mark of support and solidarity, many Tibetans and Tibet supporters joined the cycle rallyist in their journey for short distances.
The cycle rally was led by Lobsang Phuntsok, President of the Tibetan Association of Germany and included Phuntatsang Tenzin (Hamburg), Yeshi Tsering (Berlin), Tenzin Tsultrim (NRW), Tenzin Lobsang (Hamburg), Samten (Hamburg) and Tsering Dawa (NRW). During their journey the cyclists met and submitted petitions to mayors of various jurisdictions including Herr Ashok Sridharan (Bundesstadt Bonn), Herr Andreas Mucke (Wuppertal), Herr Pit Clausen (Bielefeld), Herr Belit Onay (Hannover), Herr Ulrich Markurth (Braunschweig), Dr. Lutz Trümper (Magdeburg), Herr Mike Schubert (Stadt Potsdam) and Herr Michael Müller (Berlin). Germany currently holds the Presidency of European Union and in this regard the Tibetan cyclists also submitted a petition to the office of German Chancellor Angela Merkel. 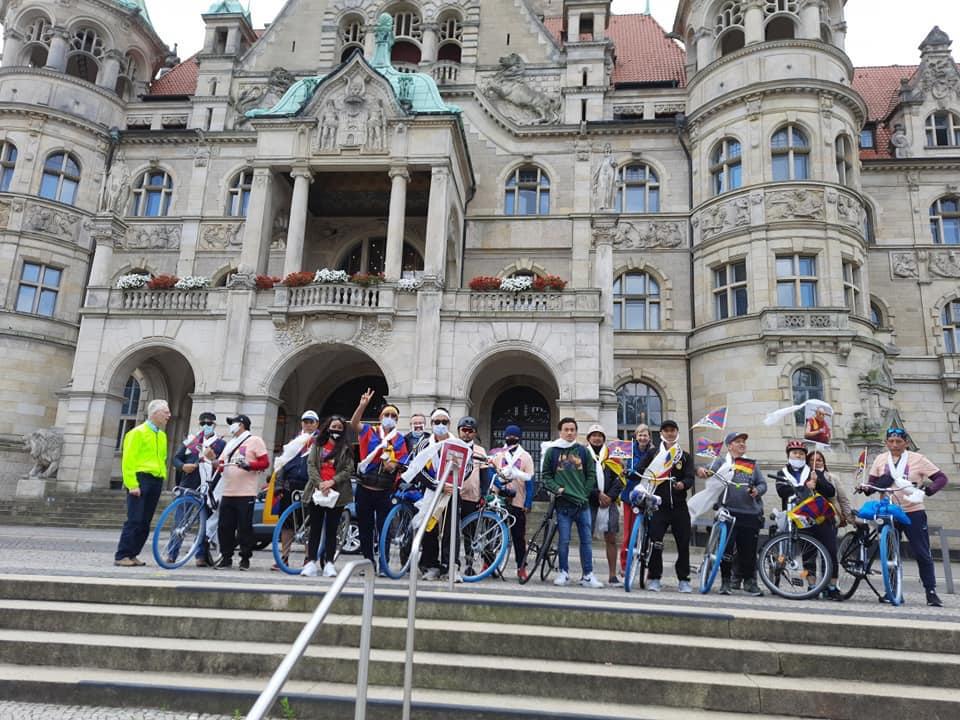 Representative Chhimey Rigzen from the Tibet Bureau Geneva could not attend the closing ceremony in person and sent a written message to the participants congratulating the participants on successful completion of the cycle rally. In his message, Representative Rigzen said, “We commend your efforts especially during these critical times and for shouldering the individual responsibilities towards the cause of Tibet. We encourage and invite many more Tibetans to come forward and take up such initiatives to draw international attention about the plight of Tibetans inside Tibet and other peoples suffering under the rule of China including Hong Kongers, Uighurs and human rights defenders in China.”
On reaching Berlin the cycle rallyists celebrated the 85th Birthday of His Holiness the Dalai Lama and held a small celebratory gathering as part of the “Thank You His Holiness the Dalai Lama” program under the Gratitude Year Program of the Central Tibetan Administration. 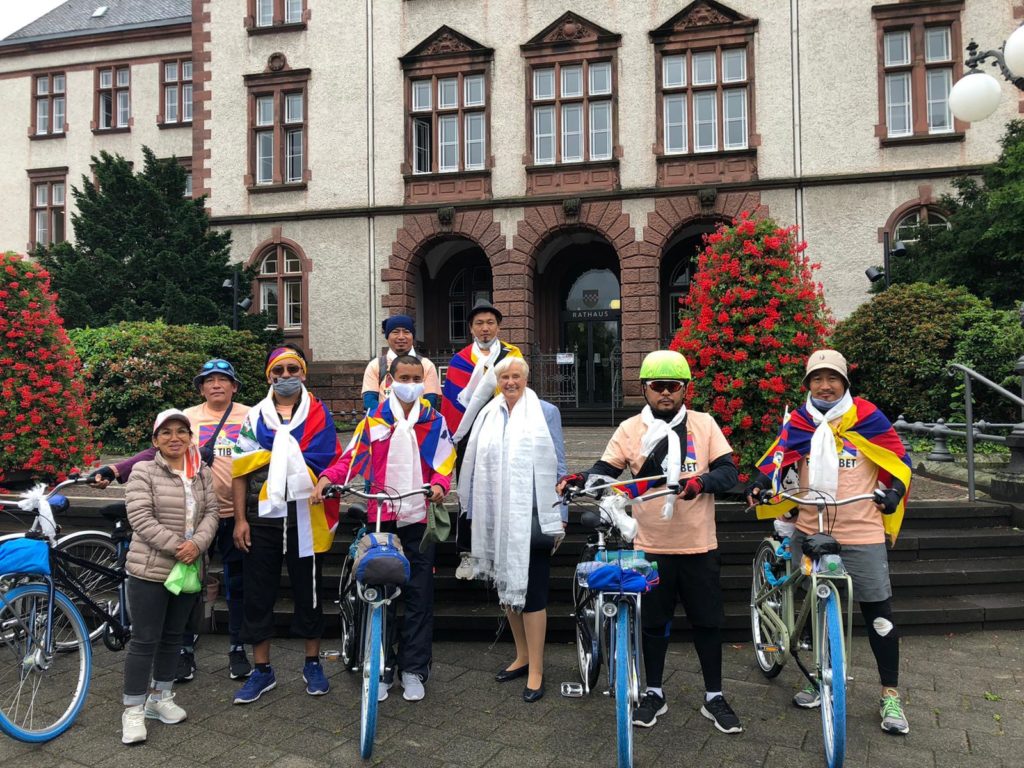 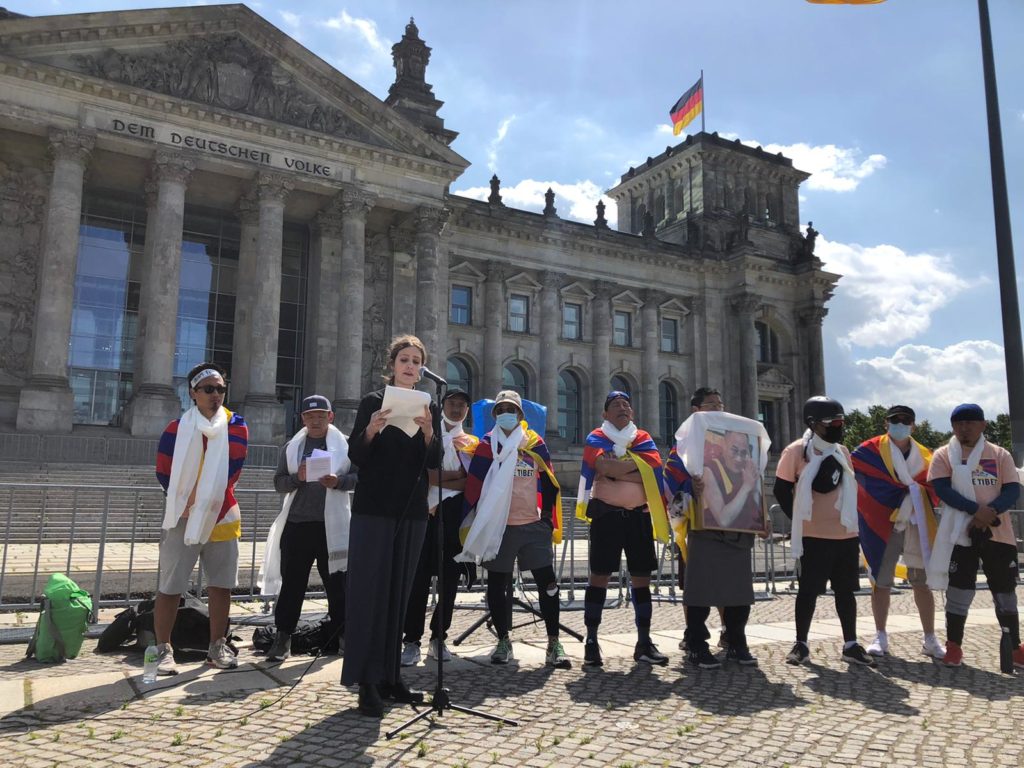