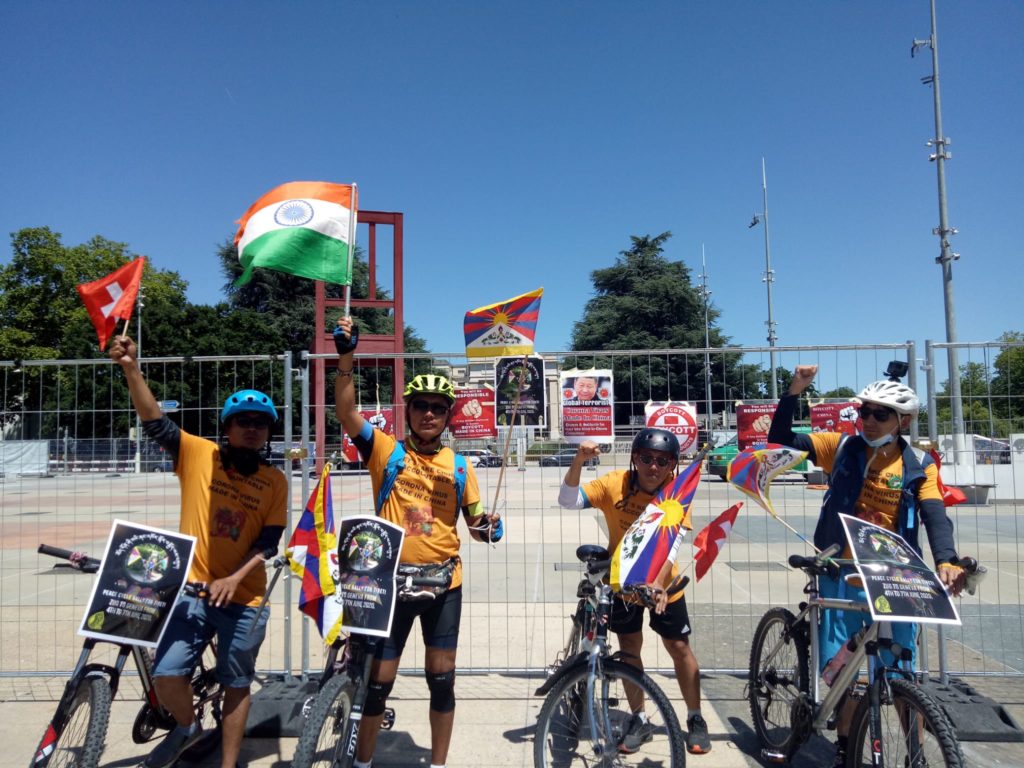 Five Tibetans in Switzerland concluded a four-day cycle rally for Tibet in Geneva on 7th July, coinciding the second week of the 44th session of the UN Human Rights Council session. The team led by Migmar Tsering Dengo and joined by Jangsur Penpa Tsering, Tsangmada Lobsang, Lobsang Norbu and Sonam began the cycle rally for Tibet from Zug, on 4th July 2020, to raise awareness about the situation in Tibet, and to urge the UN and its member states to hold a special session on human rights situation in Tibet and other regions under China. 50 UN experts issued a statement, on 26th June, urging the UN Human Rights Council for urgent decisive measures like holding a special session on human rights situation on China including Tibet, Hong Kong and Xinjiang.

Carrying Tibetan, Switzerland and Indian National flags, the rally covered around 290 km. While crossing through six major cities, Zug, Luzern, Arau, Fribourg, Lausanne, and Geneva, cyclists highlighted the unprecedented challenging times due to the outbreak of COVID-19 from Wuhan in China and destruction in Tibet since China’s illegal occupation.

They were warmly received with arrangements of required necessities by Tibetan communities and friends of Tibet while crossing the aforementioned cities of Switzerland. 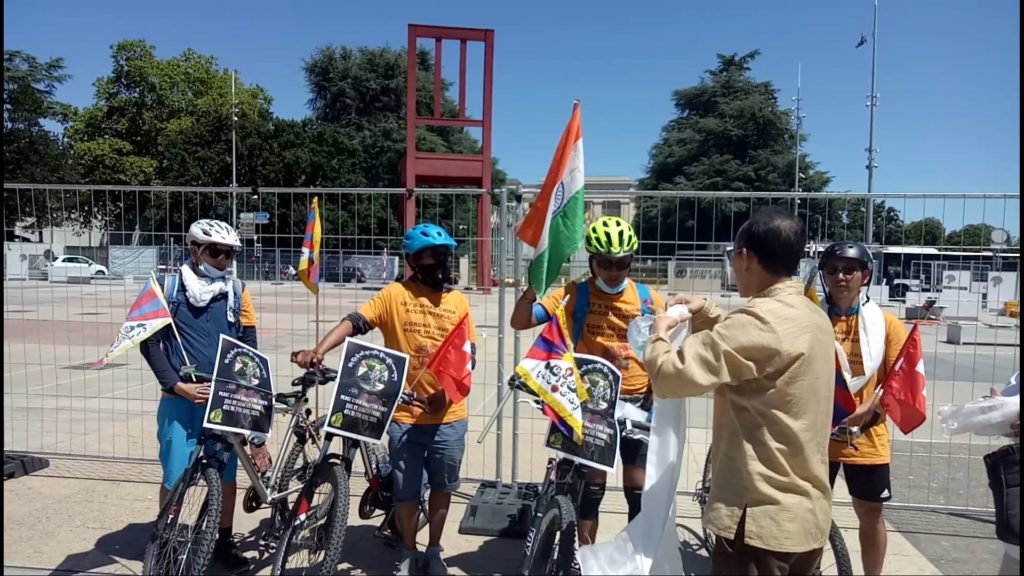 Representative Chhimey Rigzen commented the cyclists for their timely initiatives and efforts in shouldering responsibilities for the cause of Tibet. “Tibetans living outside Tibet are spokespersons for our brothers and sisters back in Tibet whose voices are suppressed by China. Individual and collective initiatives in advancing the just cause of Tibet is more crucial than ever, said Representative Chhimey.

The four-day cycle rally for Tibet was concluded with an appeal letter addressed to Ms. Michelle Bachelet, UN High Commissioner for Human Rights and a peaceful demonstration in front of the UN Office of Human Rights Council. The appeal letter is available here. 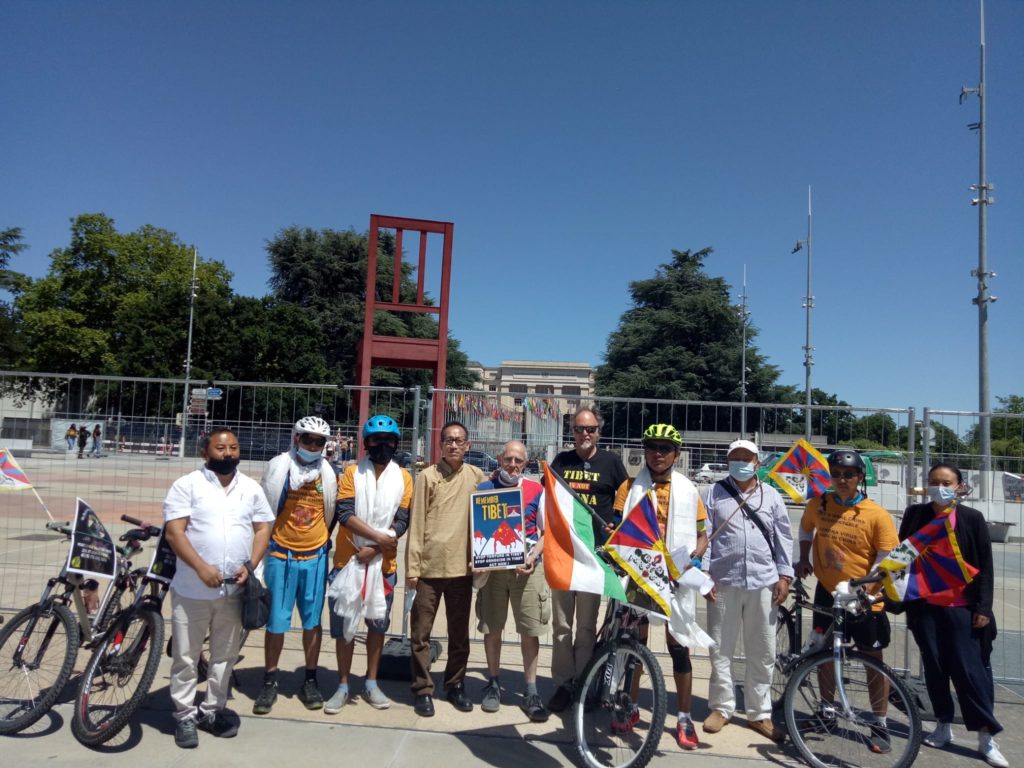 “A collective measure from the UN Office of Human Rights, inter alia, in holding China accountable by convening a special UNHRC session and establishment of mandate holder to monitor China is more urgent than ever”.

The appeal letter further added, “Understanding Tibet by heeding the voices and experiences of Tibetans, rather than state’s narrative, is a gateway to ensure China fulfils its human rights obligation”. They warned that China’s growing political influence with the threat of “dismantling the fundamental values and principles which necessitated the creation of UN Human Rights Council”.

Previous Post First Anniversary of Hoisting Tibetan National Flag at Bell of Fallen, World’s Largest Bell Next Post Celebration of 85th Birthday of His Holiness the Dalai Lama in Central and Eastern Europe