Tibetans Urge UN on A-nya Sengdra and Against Triad of Collusion by Chinese Authorities, Police and Judiciary on Land Grabs 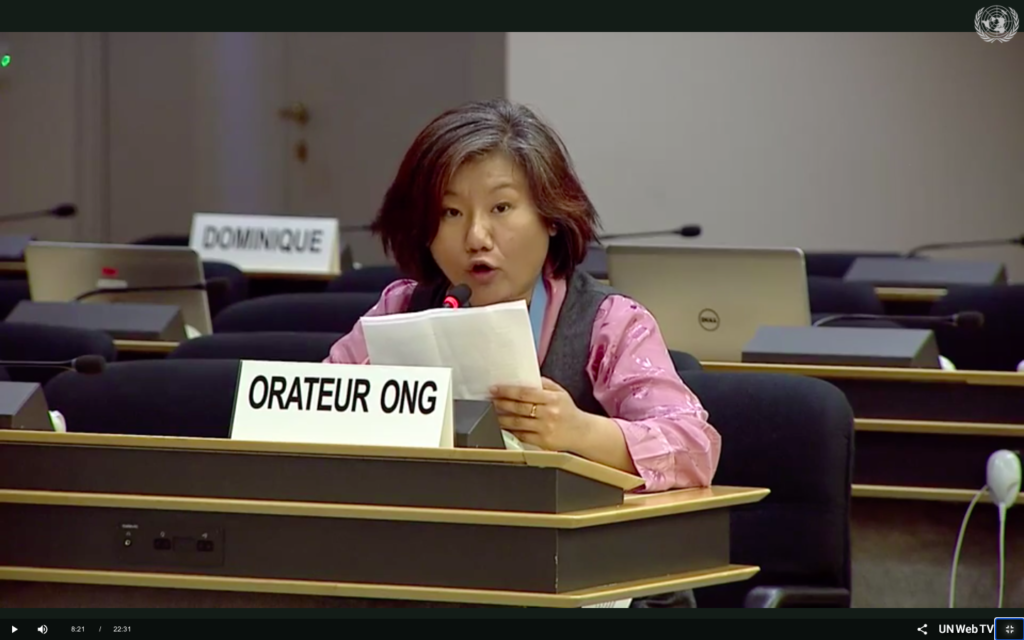 Geneva: During the ongoing 44th session of the UN Human Rights Council (UNHRC), Tibetans today urged the UN to raise voice against the triad of collusion by the Chinese state authorities, Chinese police and Chinese judiciary to permit and enable misappropriation of Tibetans’ lands for Belt and Road Initiative and such other so-called “developmental projects” and appealed the UNHRC and Member States to press China to release A-nya Sengdra and other Tibetan human rights defenders.

Delivering the oral statement, CTA’s Special Appointee for Human Rights Ms. Thinlay Chukki at Tibet Bureau Geneva welcomed the report titled “Connecting the business and human rights and the anticorruption agendas” by the UN Working Group on the issue of human rights and transnational corporations and other business enterprises. The report outlines various nexus of corruption amongst police, judiciary and state authorities including on the land misappropriation.

Drawing the attention of the UNHRC to the similar issues faced by Tibetans under the Chinese rule, Thinlay Chukki noted that “Chinese authorities forcefully grab the lands and when opposed by the Tibetans, the Chinese police detains and tortures them and the Chinese courts sentence them under false charges of ‘separatism’.

Just last year Nangchen County People’s Court sentenced 21 Tibetans and before that nine Tibetans were sentenced for raising their voice against China.” She further noted that many “Tibetans especially Tibetan nomads are being forcefully displaced from their pastural lands and their lands are being forcefully acquired by the Chinese authorities for Belt and Road Initiative and such other so-called ‘developmental projects.’”

Referring to the case of A-nya Sengdra, she noted that his case is “the classic example for this triad of collusion of Chinese police, Chinese authorities and Chinese judiciary.”

A-nya Sengdra, a Tibetan nomad had raised voice against the illegal land grabs by the Chinese authorities. He was detained, tortured and sentenced to seven years in prison last year. Despite the joint calls by 12 Special Rapporteurs for his release, his appeal was rejected by the Chinese court.

Ms. Thinlay called upon the UN and said: “it is high-time that the UN raises voice against this collusion” of Chinese authorities, Chinese police and Chinese judiciary against the Tibetans in Tibet. She once again reiterated the calls by the Tibetans for “a special session on the deeply entrenched systemic human rights violations being carried out in China and for a special rapporteur on China to monitor, analyze and report on human rights violations being carried out in China including against Tibetans, Hong Kongers and Uighurs.”

Previous Post Celebration of 85th Birthday of His Holiness the Dalai Lama in Central and Eastern Europe Next Post Western Countries cannot remain silent in the face of Chinese bullying and repression against Tibetan people, says Italian MP Bianchi