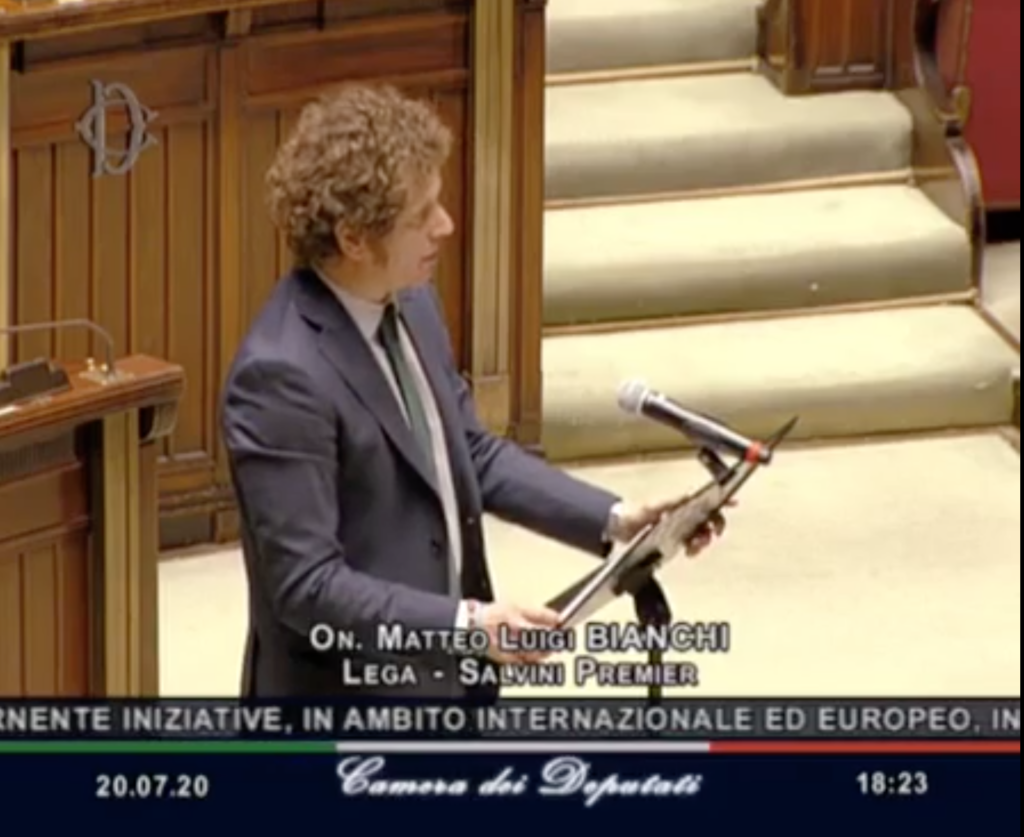 Geneva: On 20th July, Italian lawmaker Matteo Lungi Bianchi questioned the Italian government over its position on China, and asked: “Is silence necessary?”

While presenting Motion 1-362, Bianchi highlighted the importance and the need to clearly articulate the position of the Italian government on China’s National Security Law on Hong Kong.

Cautioning about the next victims of the Chinese Communist Party, Bianchi said, “We cannot tolerate violent repressions from our business partner (China)” who challenge the established fundamentals rights and democratic values. From encirclement of Taiwan, violent repressions in Tibet, and now in Hong Kong, Bianchi cautioned “Who will be the next victims” of the CCP?

Bianchi expressed concerns over China’s destruction of Tibetan culture and presented a recent case of Chinese authorities order in destroying Tibetan prayer flags under the so-called behavioural reform campaign, and asked: “Should we wait longer”?

It is more crucial than ever that G7 country like Italy should immediately take clear positions, and furthermore it is not enough with “sentences of condemnation”, Bianchi added. China is a growing threat to the whole world with its expansionist policies, and by not taking an immediate intervention in curbing from the escalation of such threat would lead to catastrophe, warned Bianchi.

Earlier this month, in the ongoing Italian parliamentary session, Bianchi voiced concerns over China’s violations of international human rights obligations, and said international communities cannot afford to keep “pretending” and urged that Western countries can no longer remain “silent in the face of Chinese bullying and repression against Tibetan People”. He urged the Chinese government to end its atrocities. Similarly, earlier this year citing experience and destruction in Tibet since China’s illegal occupation of Tibet, Bianchi cautioned risk and threat associated in China’s Belt and Road Project.

Matteo Lungi Bianchi is a vocal Italian lawmaker known for his unwavering dedication for advancing the democratic values and defending human rights. He is one of the most active members of Italian Parliamentarian Group for Tibet.