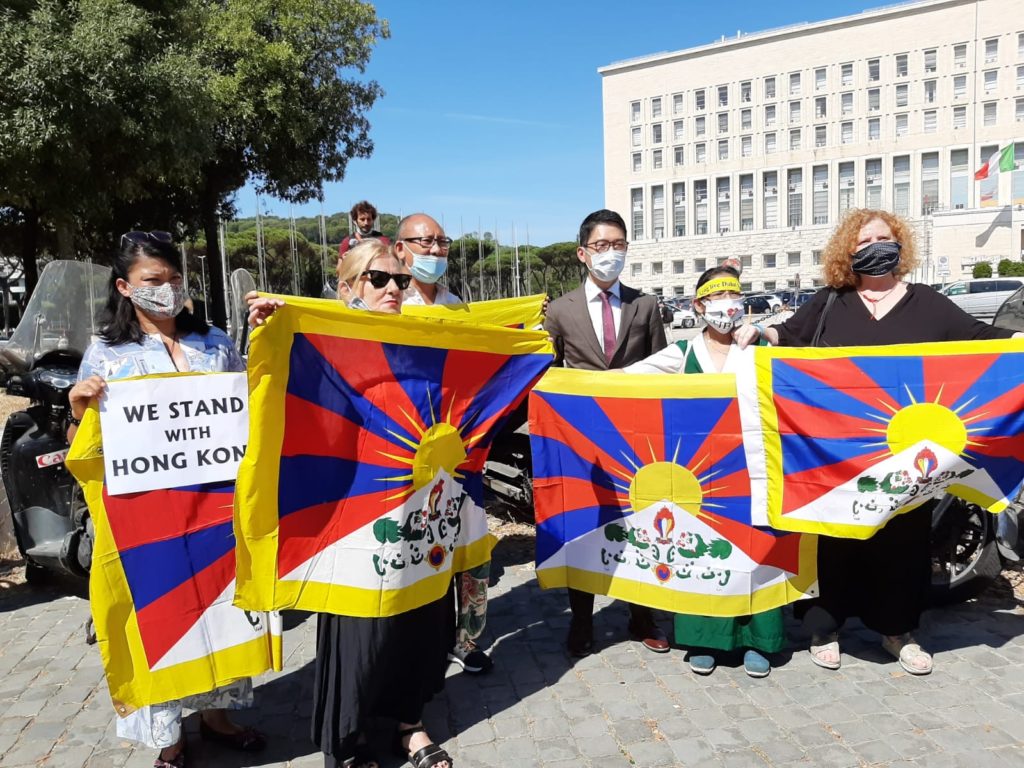 Nathan Law, activist and youngest ever elected legislative councilor from Hong-Kong with Tibetan Supporters during the protest. Photo/Tibet Bureau Geneva

Rome, Italy: Tibetans and Hong-Kongers assembled in Rome in Farnesina Square before the Italian foreign minister’s office to protest against the egregious human rights violations in Tibet and the imposition of National Security Law in Hong Kong during the visit of Chinese foreign minister Wang Yi on 25 August 2020. Wang Yi was received by his Italian counterpart Luigi Di Maio, Foreign Minister of Italy.

Many Tibetans and Hong-Kongers came to Farnesina Square and staged protests during the Wang-Yi’s secretive visit which was announced last minute with no specific dates and details disclosed.

Nathan Law, an activist and youngest ever elected legislative councilor from Hong-Kong was invited by Italian Senators to meet the Minister of Foreign Affairs and International Cooperation.

During his press interactions, Nathan Law highlighted the need to address the human rights violations being carried out by the Chinese government while engaging with China and the need to be aware of “their infiltration and their authoritarian expansionist nature.”

He further added that, “I have been witnessing the gross human rights violations for the past years including the suppression of the freedom of religion and the suppression of the freedom of expression and the things happening: the concentration camps in Xinjiang, the cultural annihilation in Tibet, the military intimidation to Taiwan and also all the military moves in South-China Sea. These are human rights violations that we should address.”