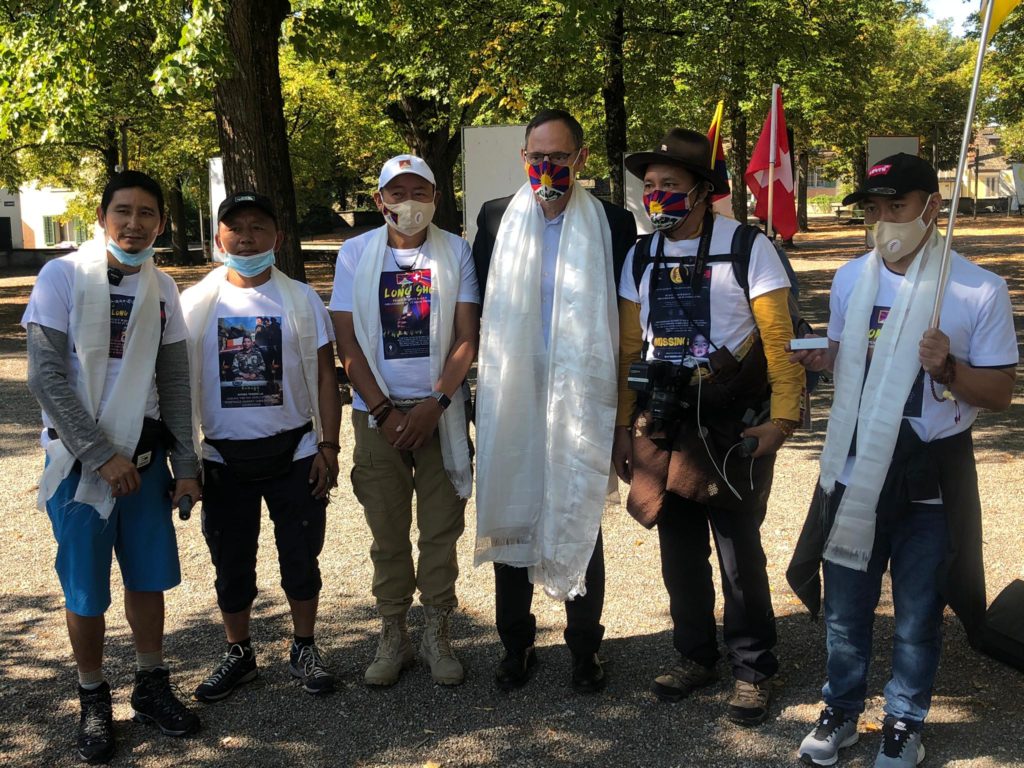 Geneva: The Tibetan Community of Zurich has organized a peace march from Zurich to Geneva via Bern starting from 8 September 2020 and arriving in Geneva on 18 September 2020. The peace march will cover around 300 kms with the objective to appeal the Federal Government of Switzerland and the United Nations to hold China accountable for the egregious human rights violations being carried out in Tibet and the other territories under the regime of the Chinese government. The peace marchers will submit petitions to the UN, Swiss Federal Government as well as the Chinese Embassies.

Addressing the peace marchers Mr. Mario Fehr noted that “Tibet’s concerns are broadly supported politically and socially in Switzerland.  There is a positive attitude towards the legitimate concerns of Tibetans.  Your claim to genuine autonomy is recognized.  The motto of your peace march is “to solve the problem of Tibet through a peaceful dialogue between the Tibetan delegation of His Holiness the 14th Dalai Lama and the Chinese government”. This demand is more than justified.  The concerns of the Tibetan community can continue to count on great support in Switzerland.  Of course, also from us, from me.  The Zurich Government Council wishes you all the best on your way to Geneva.  And beyond!”

Representative Chhimey Rigzen commended the Zurich Tibetan Association and the Tibetan Community of Switzerland and Liechtenstein for organizing the peace march. He especially thanked the five peace marchers for taking out time and undertaking the arduous journey from Zurich to Geneva. “This is a timely initiative. The Government of the People’s Republic of China is not only violating the human rights of Tibetans, Uyghurs and Hong Kongers but also threatening the global peace and stability through atrocious claims in the border areas of India as well as South China Sea region,” added Representative Chhimey Rigzen, Tibet Bureau Geneva.

The President of Tibetan Community of Switzerland and Liechtenstein (TCSL) Tsamda Norbu, Lobsang Shitsetsang Member of Executive Board of TCSL and Members from Tibetan Association of Zurich were also present during the flag off. The peace marchers are expected to arrive in Bern, the capital of Switzerland on 11 September 2020. Tibetans from across Switzerland are supporting the peace march, joining the marchers for short distances and helping them in lodging and food.

The peace marchers appeal the Government of Switzerland and the United Nations to: 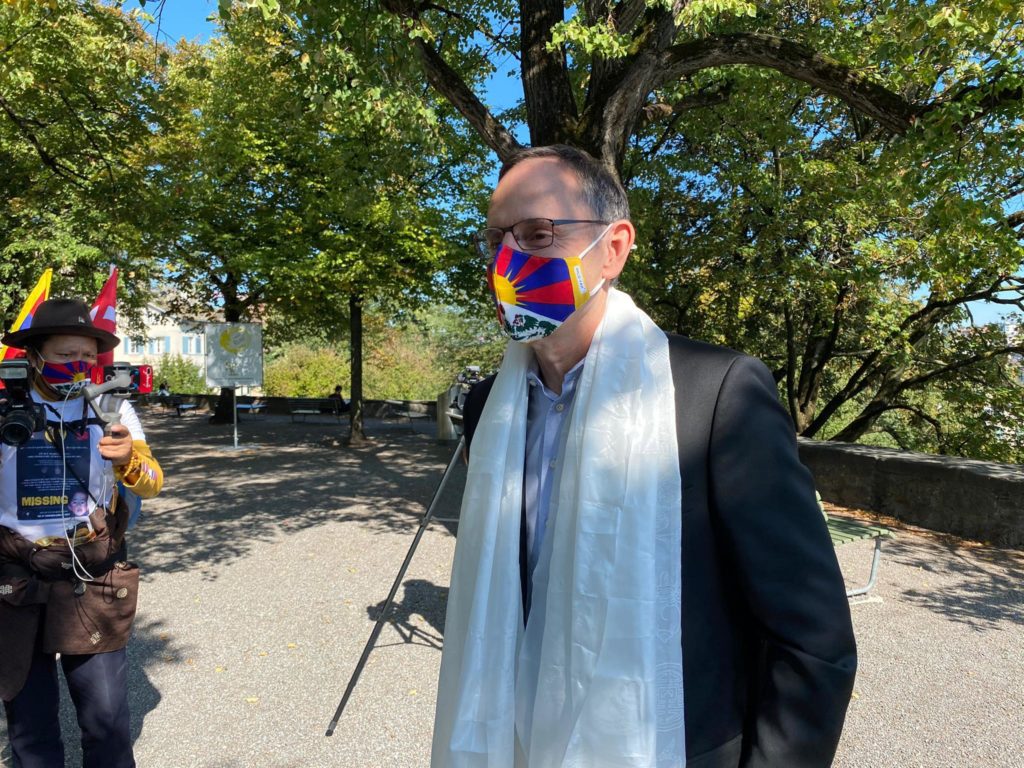 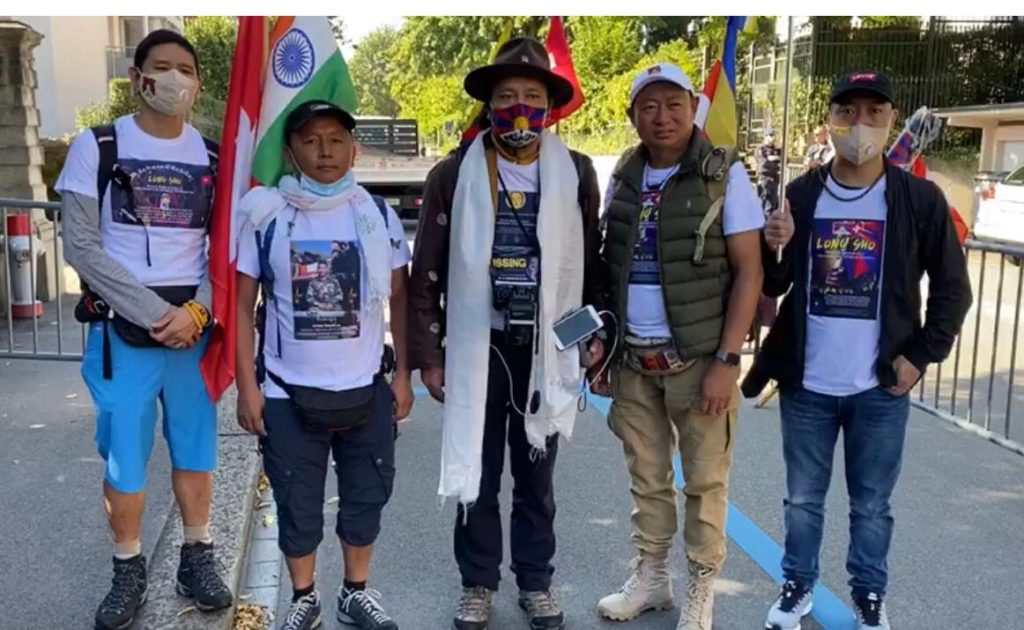 The five Tibetan peace marchers sets of on 300 kms march from Zurich to Geneva to appeal the Swiss govt and the UN to hold China accountable for its rights abuse in Tibet. 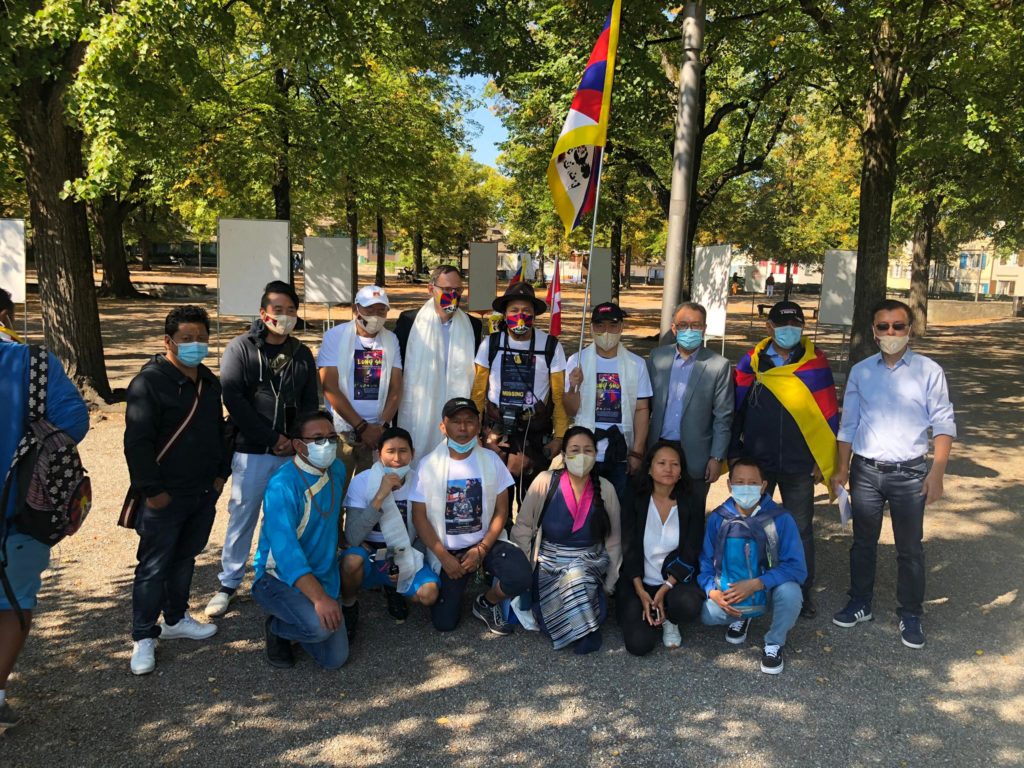 Mr. Mario Fehr with Peace Marchers and Members of Tibetan Community of Switzerland and Liechtenstein.

Previous Post Kashag’s Statement on the 60th Anniversary of the Tibetan Democracy Day Next Post ‘We will continue to support and raise Tibet in Swiss Parliament, never give up,’ Swiss MP Lisa Mazzone to Tibetan Peace Marchers