China continues disinformation on the 11th Panchen Lama; claims no disappearance at UNHRC 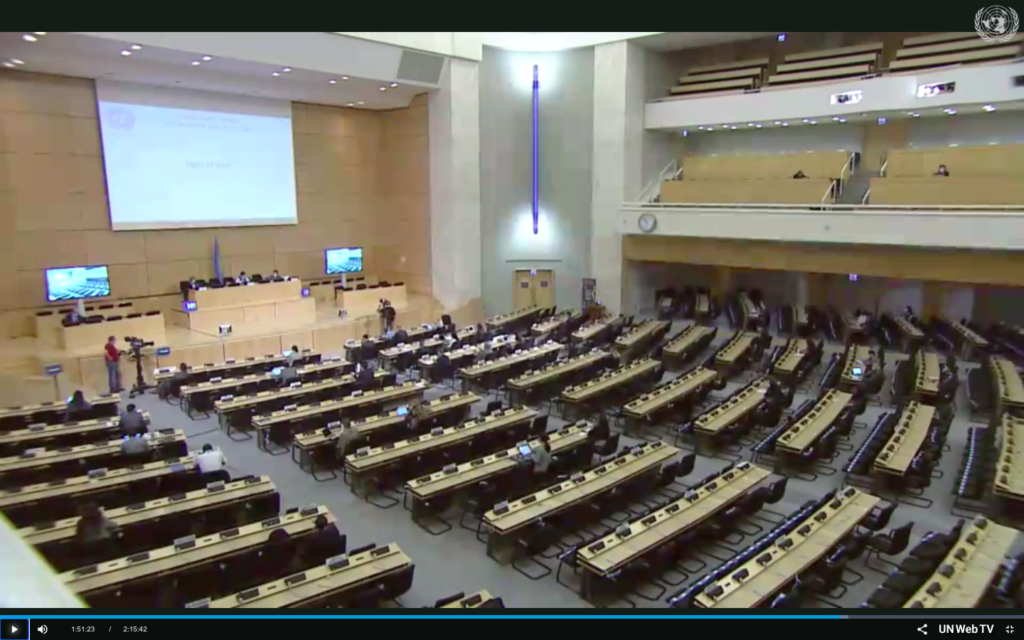 The UN WGEID presented its report on the “information on the activities of and communications and cases examined by the Working Group from 23 May 2019 to 15 May 2020” at the ongoing 45th UNHRC session. After the presentation of the report, many NGOs including Helsinki Foundation and Society for Threatened Peoples raised several cases of enforced disappearances under the regime of Communist Party of China including that of Panchen Lama Gedhun Choekyi Nyima.

Using its right to reply, the Chinese representative present at the UN Human Rights Council claimed that “Gedhun Nyima is not an incarnation of Panchen Lama but rather an ordinary Chinese citizen. Now he enjoys good health with leading a normal and happy life.” This is the often parroted lines of Chinese communist party whenever they are questioned about the whereabouts of Tibet’s 11th Panchen Lama Gedhun Choekyi Nyima. Following the global call for the release of Panchen Lama Gedhun Choekyi Nyima, the Chinese foreign ministry had also used these same lines in May, 2020 as a desperate attempt to escape accountability.

The Chinese representative further stated that all the people in Xinjiang and Tibet are experiencing developments in economic, social, cultural and ecological areas and proclaimed, “China is a country of rule of law and no one is above the law. The people mentioned above are either they are not subject to any measures of enforcement or they are receiving legal punishment under law.”

Commenting on these, the Special Appointee for Human Rights based in Tibet Bureau Geneva, Thinlay Chukki remarked, “firstly, the decision on reincarnation ultimately lies with the Tibetan people as per the sacred system for recognizing reincarnations and not in some self-acclaimed ‘atheist’ government which is busy forcing people to worship Xi Jinping and Mao Zedong. Secondly, if Panchen Lama Gedhun Choekyi Nyima is truly leading ‘a normal and happy life’ then why is China hiding him and his family members? Why isn’t China allowing access to him as demanded several times by the UN independent experts? The crux of the matter is despite depriving him of religious education and contacts to Tibetan culture for 25 years, China is not ‘confident’ about allowing access to him or his family members.”

Responding to the claims of China being a country of rule of law, Thinlay further added, “China is not a country with rule of law but rather rule by law where Chinese Communist Party (CCP) and its leaders frame and dictate laws with the ultimate objective of suppression and absolute control over the vulnerable peoples like Tibetans, Uighurs, Southern-Mongolians and Hong Kongers. The Ethnic Unity law, the National Security law, the anti-crime and anti-terrorism laws are just a few examples of how the totalitarian regime of CCP is abusing laws as weapons of mass-subjugation.”

The Working Group’s report noted that it has transmitted six urgent appeals, three joint allegation letters, one general allegation letter and one other letter totaling to 11 communications to government of China including one on Panchen Lama Gedhun Choekyi Nyima issued on 2 June 2020. China has not yet issued invitation to the Working Group to visit China even though the Working Group had placed the request for visit on 19 February 2013 and sent repeated reminders on 27 October 2014, 27 November 2015, 18 November 2016, 19 January 2018, 18 January 2019 and 11 March 2020.