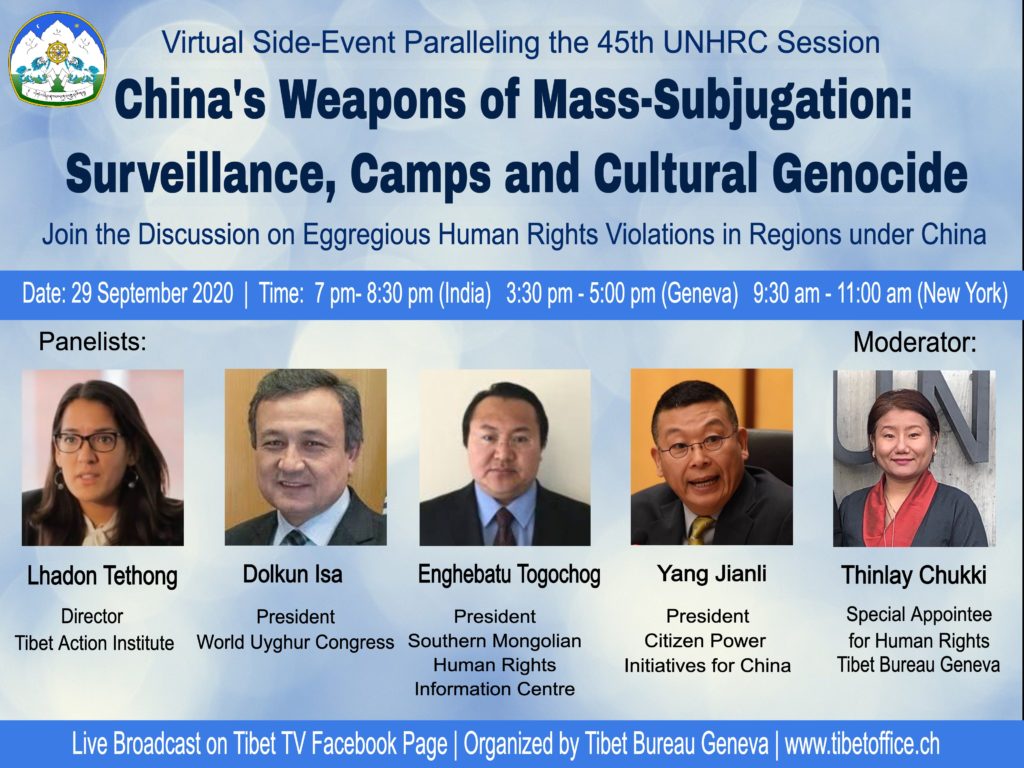 Geneva: Paralleling the ongoing 45th UNHRC Session, The Tibet Bureau Geneva will be hosting a virtual side-event on the topic “China’s Weapons of Mass-Subjugation: Surveillance, Camps and Cultural Genocide” on Tuesday 29 September between  7 pm to 8:30 pm (Indian Time); 3:30 pm to 5:00 pm (Geneva Time) and 9:30 am to 11:00 am (New York Time). The panel discussion will be broadcasted live via Tibet TV Facebook page.

This virtual event will bring together representatives from Tibetan, Uyghur, Mongolian and Pro-Democracy/Hong Kong communities to discuss the human rights violations being carried out by the Chinese authorities in various regions under China.

Generally, the side-event is held within the UN building paralleling the UNHRC sessions. However, due to the Wuhan originated Covid-19 pandemic, the UNHRC has decided against holding any side events during the current 45th session similar to the previous session.

Previous Post Coercive “Labour Trainings” of over half a million Tibetans by China raised at UNHRC Session Next Post Panelists: Resistance against Chinese Communist Party is Fight for Survival and World’s Worst Human Rights Abuser Should not be elected to UNHRC