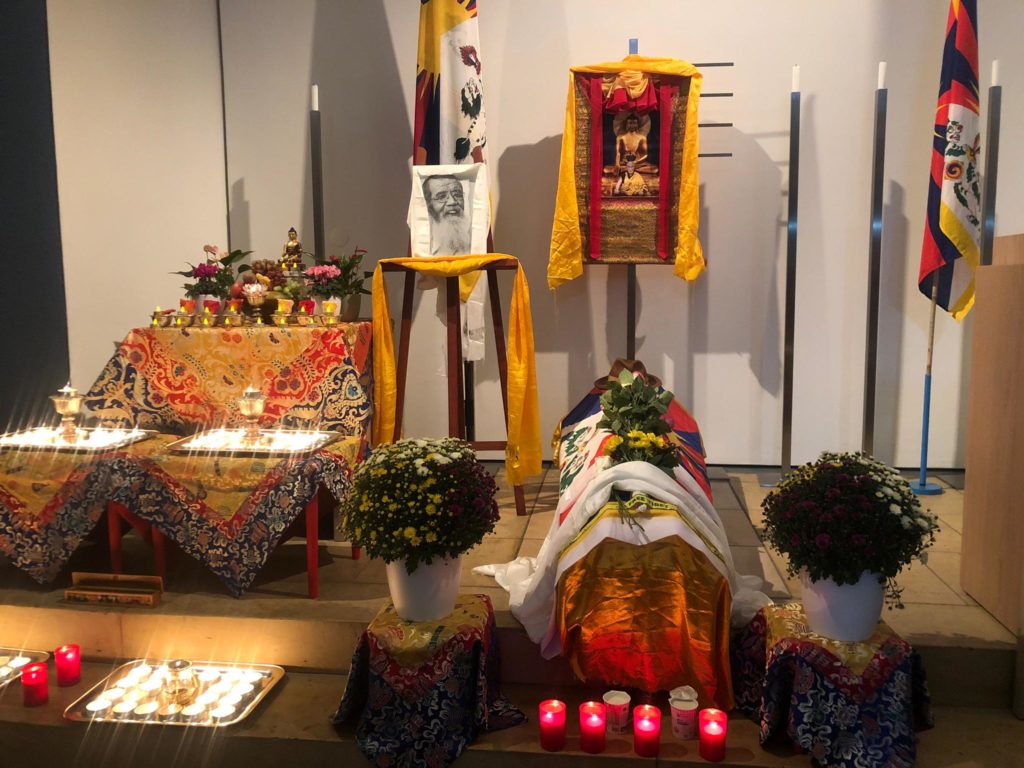 Geneva: Tibet’s longest political prisoner Takna Jigme Sangpo was cremated today with honours and prayers in Winterthur, Switzerland. His casket was wrapped in the Tibetan National flag as a mark of respect and honour for all the sacrifices and sufferings he endured for the freedom of his homeland, Tibet.

Takna Jigme Sango passed away on 17 October 2020 at an elderly care home in Turbenthal, Switzerland, where he had been based since receiving political asylum in 2003, a year after he served 37-year imprisonment sentence in Chinese prisons.

Around 120 people gathered to pay their respects to one of the true patriots of Tibet Takna Jigme Sangpo at the funeral service organized the Tibetan Community of Switzerland and Lichtenstein. 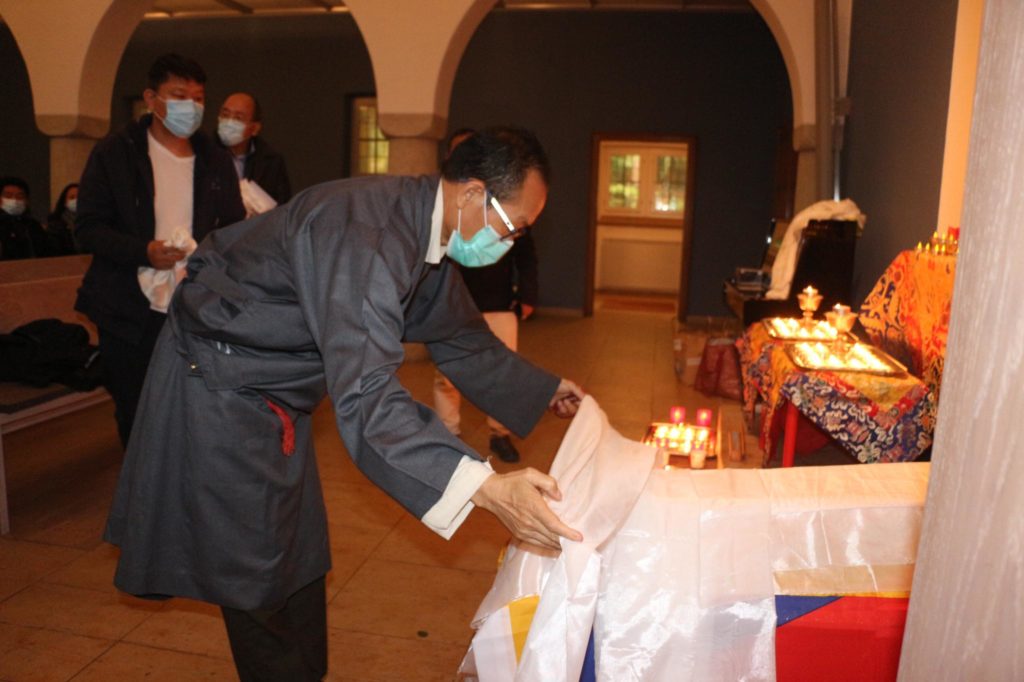 The funeral service began at 8:30 am with public gathering and chanting of prayers.

People came forward to offer traditional Tibetan scarfs to the casket of Takna Jigme Sangpo which was wrapped in the Tibetan national flag.

All Covid-19 precautionary measures were taken for the funeral service which was also broadcasted live on TibetSwiss FB page.

The Tibetan Community of Switzerland and Lichtenstein will organize a memorial and prayer service in memory of Takna Jigme Sangpo on 25 October 2020 between 2 to 4 pm at Rikon Institut, Winterthur, Switzerland. 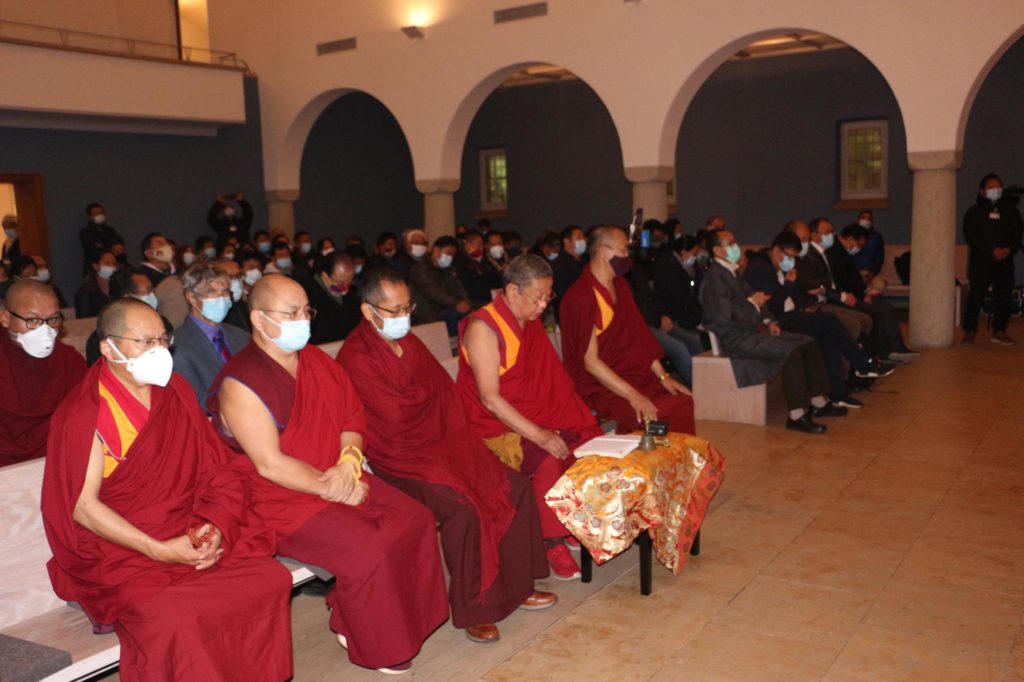 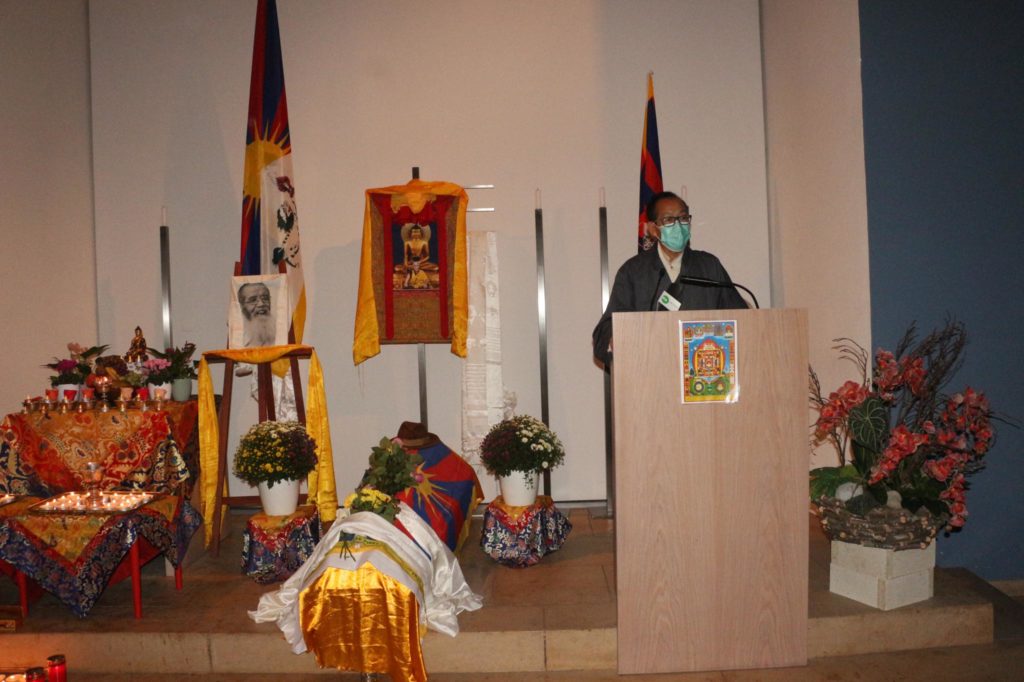 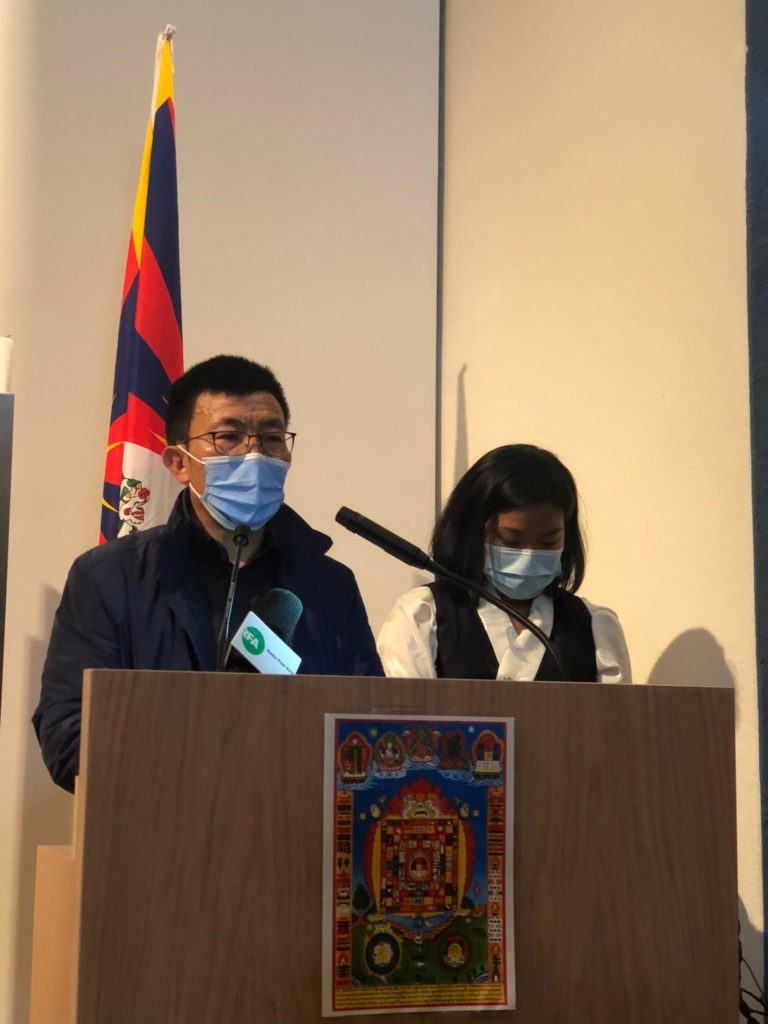 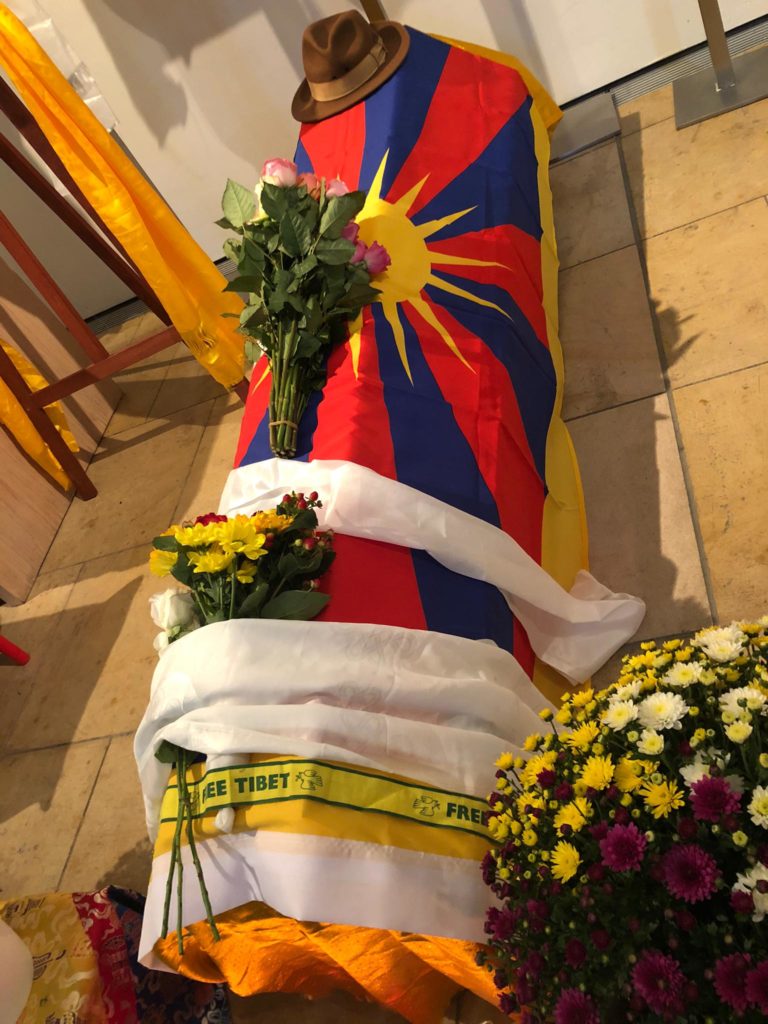