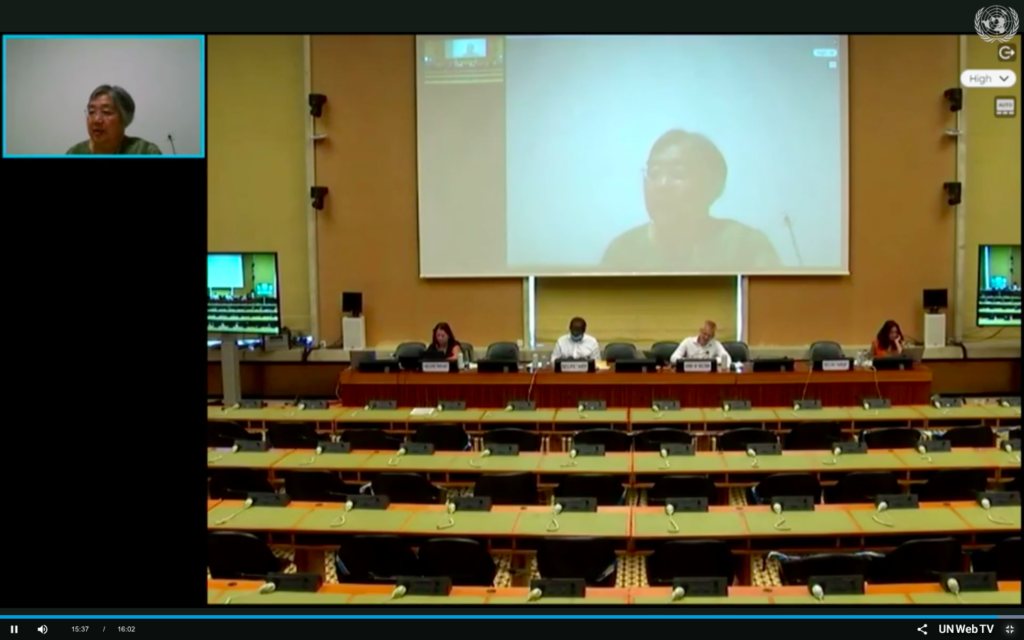 Screen grab of the online opening of the 101st Session of the CERD.

Geneva: The United Nations Committee on the Elimination of Racial Discrimination (CERD) has raised concerns about the Chinese government replacing Tibetan with Chinese language as the medium of instruction in schools and persecution of the Tibetan language rights advocates in its recent communication to the Chinese government dated 24 November 2020.

The Tibet Bureau Geneva had submitted a detailed follow-up report through Society for Threatened Peoples to the UN Committee enlisting the failures of the Chinese government in implementing the recommendations of the Committee and also highlighting cases where the situation had further worsened.

The Committee has also raised concerns about the travel restrictions faced by ethnic minorities in China and called upon China to eliminate these restrictions. Furthermore, the Committee has raised concerns about the continued denial of passports to ethnic minorities by the Chinese government and has called upon China to provide further information on this. In addition to the Committee’s concluding observations in 2018, a group of four UN Experts had written a joint communication to China questioning its discriminatory policies on issuing passports to Tibetans. The UN experts had questioned China and expressed concerns on denial of passports to Tibetans and imposition of restrictions on travel for religious purposes.

The Tibet Bureau Geneva welcomes the communication of the UN Committee on the Elimination of Racial Discrimination to China expressing concerns on the gradual systemic destruction of Tibetan language and persecution of Tibetan language rights advocates as well as continued restrictions on Tibetans to travel and apply for passports. We hope that this communication will help shed further light on the deteriorating human rights situation in Tibet and the need for urgency by the UN in taking decisive actions like holding a special UNHRC session or appointing a special rapporteur on the human rights violations by China with specific focus on Tibet, East Turkestan (CHN: Xinjiang), Hong Kong and Southern Mongolia (CHN: Inner Mongolia).

The communication of the UN Committee on the Elimination of Racial Discrimination dated 24 November 2020 to the government of China can be read here.