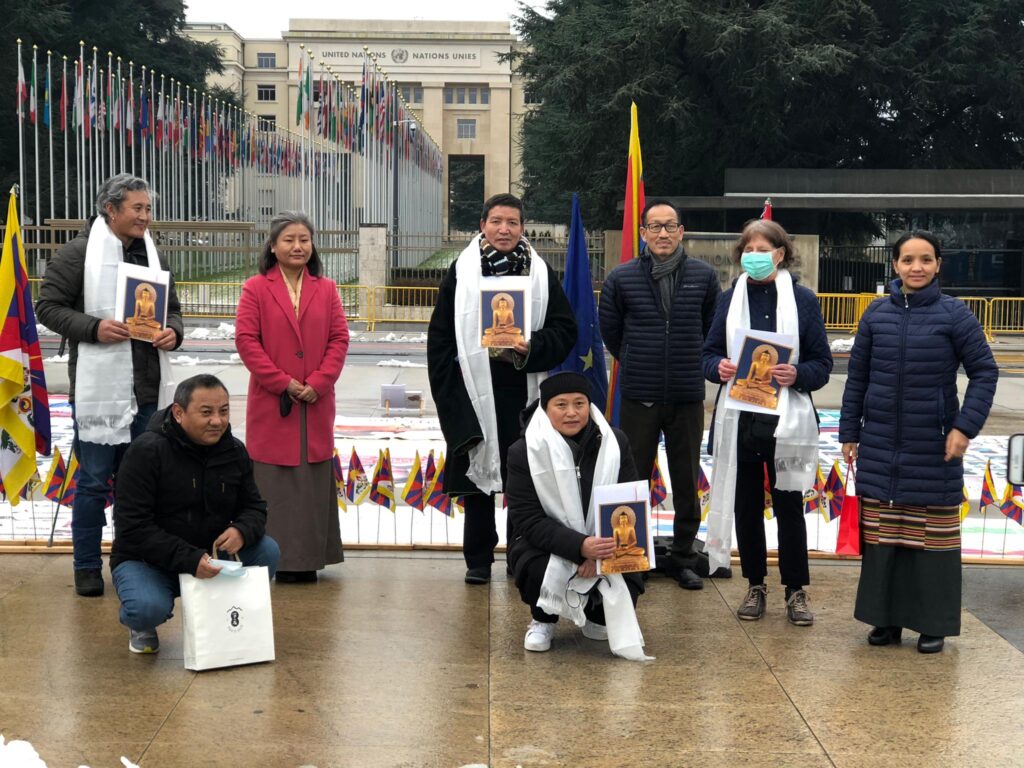 Representative Chhimey Rigzen and staff of the Tibet Bureau with members of Tibet Solidary Movement Group in front of the UN building on 13 January 2021. Photo/ OOT, Geneva

Geneva: The Swiss-based Tibetan families continued their demonstration, “Tibet Solidarity Movement” in front of the UN in Geneva, Switzerland for the 108th time today on 13 January. The Tibetan families have been holding this demonstration since 2012, on the second Wednesday of every month.

The Tibet Solidarity Movement is organized by five Tibetan families who travel from different parts of Switzerland to Geneva on second Wednesdays of every month to express their solidarity for Tibetans who continue to suffer under China’s repressive rule and to seek support and attention of the international community to resolve Sino-Tibet issue through dialogue. In addition to protests in front of the United Nations, the group of families undertook Tibet awareness campaign through the distribution of leaflets at major public places in Luzern, Switzerland and also staged a peaceful demonstration in front of the European Union building in 2017.

Representative Chhimey Rigzen and staff of the Tibet Bureau Geneva visited the demonstration site to express appreciation to the Tibet Solidarity Movement and the families. Speaking to the demonstrators, Representative Rigzen extended new year greetings and commended their dedication and commitment in holding the protests in front of the UN irrespective of the weather conditions, through different seasons since 2012.

Ms Liz, a Tibetan supporter who also participated in the protest, said she has benefitted a lot from Tibetan culture. Her participation in the protest is a “small way to give back to Tibetan people in keeping their culture and cause alive.” “China is not doing the right thing. China is a threat for the entire humanity to live in peace and harmony,” said Ms Liz.  She further appealed all Tibetans to remain united in wake of China’s divide and rule strategy. 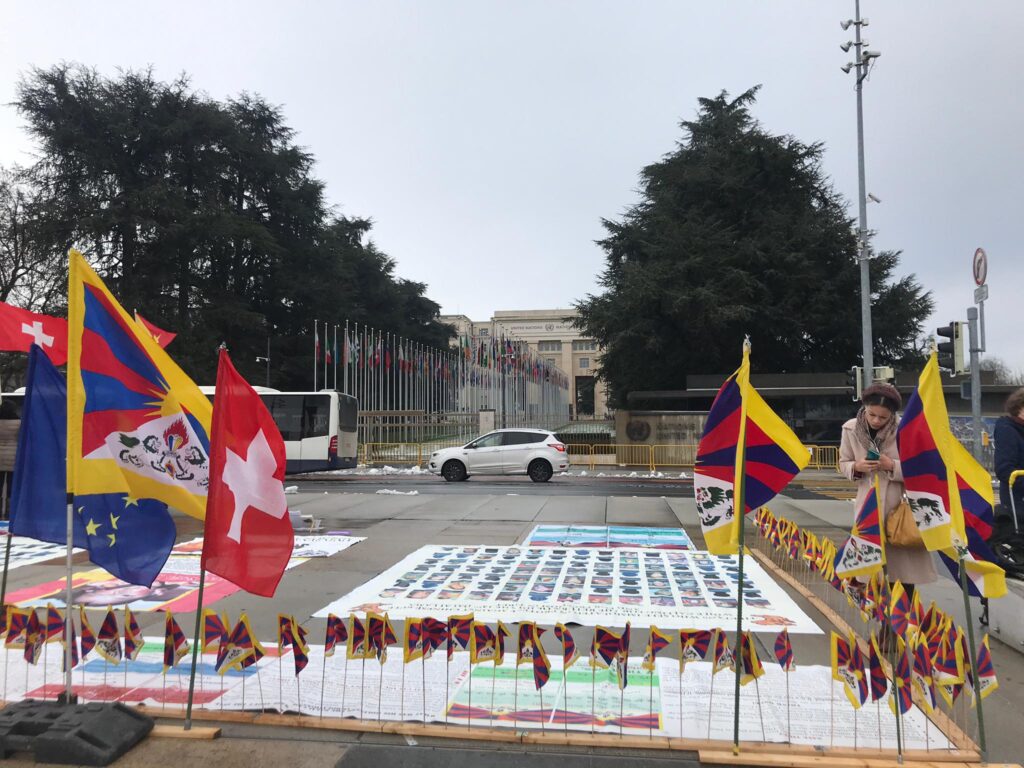 A passerby studies the posters with interest. Photo/ OOT, Geneva