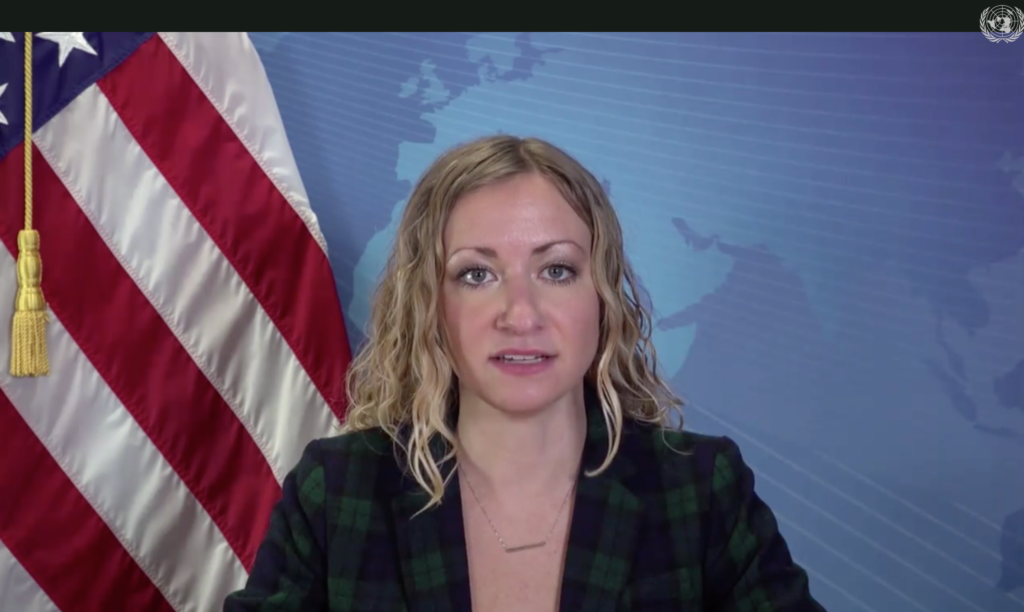 Ms Meryn Schneiderham, a delegate from the United States, raised the status of Tibetan refugees in the third cycle of UPR held on 21 January 2021.

Geneva: In the ongoing 37th session of Universal Periodic Review of the UN Human Rights Council that began on 18th January, the UN member states on Thursday reviewed the human rights situation in Nepal making it Nepal’s third review.

During the session that was held virtually, the status of Tibetan refugees in Nepal was raised amongst other human rights issues in Nepal. The delegation from the United States raised and urged the government of Nepal to “register and verify” all Tibetans “followed by the issuance of identity documents with the formal rights to work and access to services”.

The delegate further urged Nepalese government to “implement” and uphold Gentlemen Agreement and ensure “safe passage” of Tibetan new arrivals “through its territory” and “implement any legal agreements with China consistent with the principle of non-refoulment”.

Responding to comments and recommendations placed by the member states, a delegate from Office of Prime Minister and Council of Minister of the Government of Nepal, Mr Shanker Das Bairagi, reaffirmed that Nepalese extradition lawfully ensures the principle of non-refoulment.  While referring to the status of refugees in Nepal, he said refugees are “treated well” on the basis of Nepalese “humanitarian tradition”, and Nepal will “continue to display” the humanitarian tradition.

In his final remarks, Mr Pradeep Kumar Gyawali, Government of Nepal’s Minister for Foreign Affair, expressed Nepal’s commitment in addressing the genuine concern and implementations of UPR recommendations in a “coordinated, cooperative and result-oriented manner.” 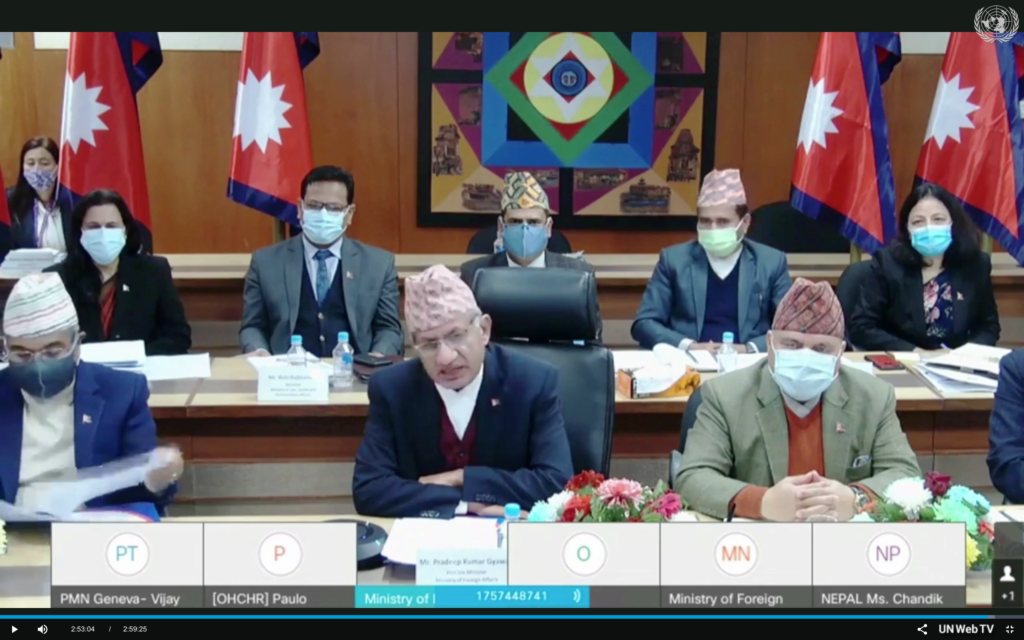 Government of Nepal’s delegations led by Minister for Foreign Affair, Mr.Pradeep Kumar Gyawali (Center), delivering the final remarks in the third cycle of UPR on 21 January 2021. 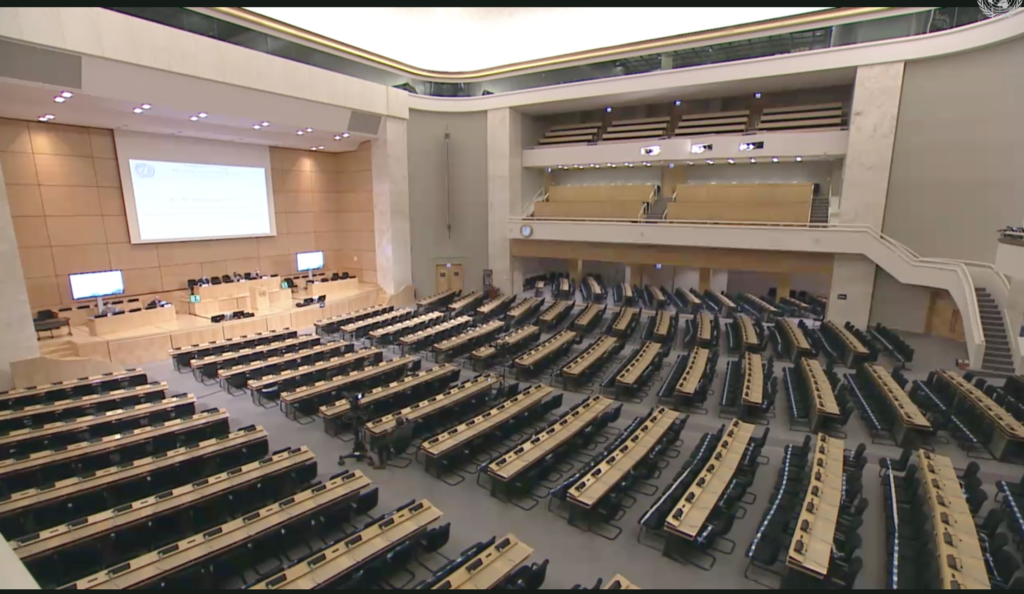 Due to Wuhan originated COVID-19 pandemic, all Human Rights Council sessions, inclduing the third Cycle of UPR from 18th January to 29th January 2021, are forced to adapt in virtual format.