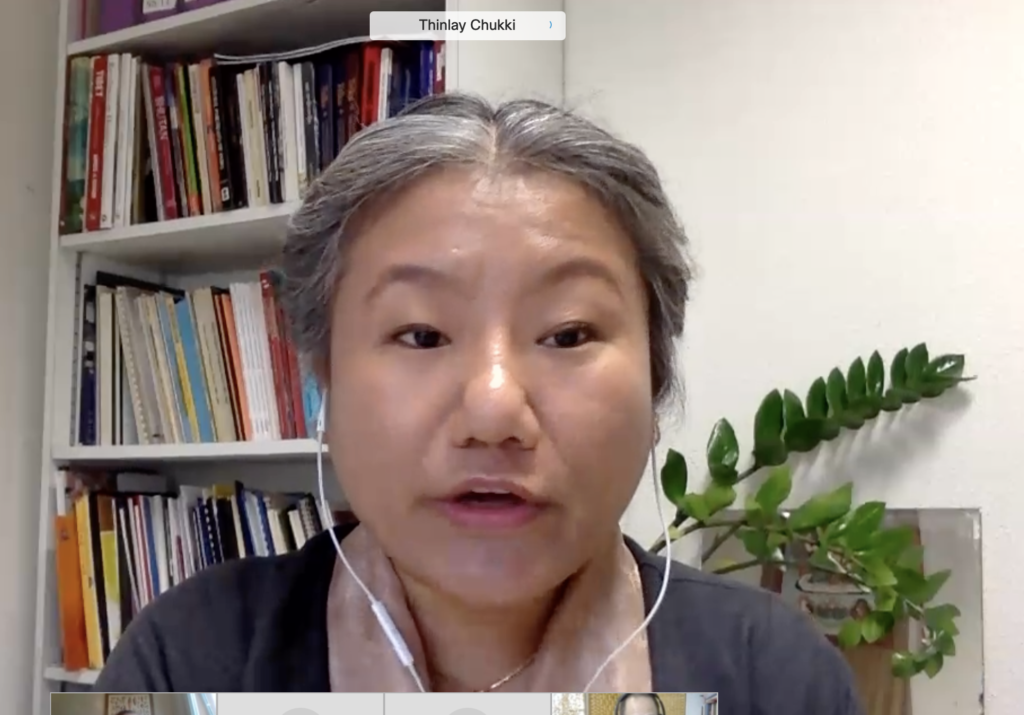 Geneva: The European Union Delegation to the UN hosted a briefing with EU member states and civil societies for the upcoming 46th UNHRC session yesterday.

Over 30 civil societies participated in the meeting. The Tibet Bureau Geneva briefed the EU delegation and the Member States about the worsening human rights situation in Tibet under China.

Thinlay Chukki, Special Appointee for Human Rights at the Tibet Bureau Geneva briefed the EU delegation about five major issues: Forced militarized labour of over half a million Tibetans by China; torture and custodial deaths; violations of the right to freedom of religion; enforced disappearance of 11th Panchen Lama Gedhun Choekyi Nyima and the crackdown on human rights defenders.

Ms. Chukki noted the increase in torture related deaths of Tibetans and highlighted the cases of the 19-year-old Tibetan monk Tenzin Nyima from Dza Wonpo who died on 19 January 2021 after being severely beaten and tortured by the Chinese authorities for staging peaceful protests and the 36 years old herdswoman Lhamo was tortured mercilessly for sending money to her relatives in India and succumbed to injuries in August 2020. On the crackdown on human rights defenders, she highlighted the fact that “China uses its vague terminologies and absurd interpretation of laws to frame Tibetan human rights defenders with criminal charges. The recent “release” of language rights advocate Tashi Wangchuk has brought to the fore the persecution of Tibetan human rights defenders by China.”

Speaking about the violations religious freedom Ms. Thinlay Chukki noted that “the Chinese government has consistently instituted repressive policies with a recurring pattern on the practice of Tibetan Buddhism with intense regulation of and control over religious institutions.” She further expressed “the genuine concerns of Tibetans that China will interfere in the right of the Tibetan Buddhists community to select their own religious leaders targeted to the reincarnation of His Holiness the Dalai Lama which was also highlighted by the Special Rapporteurs in their joint communication to China on enforced disappearance of 11th Panchen Lama Gedhun Choekyi Nyima.”

Thinlay Chukki urged the EU and the member states to include these issues in their interactions and statements at the Council and in conclusion called for comprehensive monitoring of human rights violations in Tibet, Xinjiang, Hong Kong and all regions of China as called for by the 50 UN independent experts.

The 46th regular UN Human Rights Council session will be held from 22 February to 23 March 2021. During this session, there will be interactive dialogues with several special rapporteurs including on Torture, freedom of religion, human rights defenders, cultural rights, minorities, environment and food.