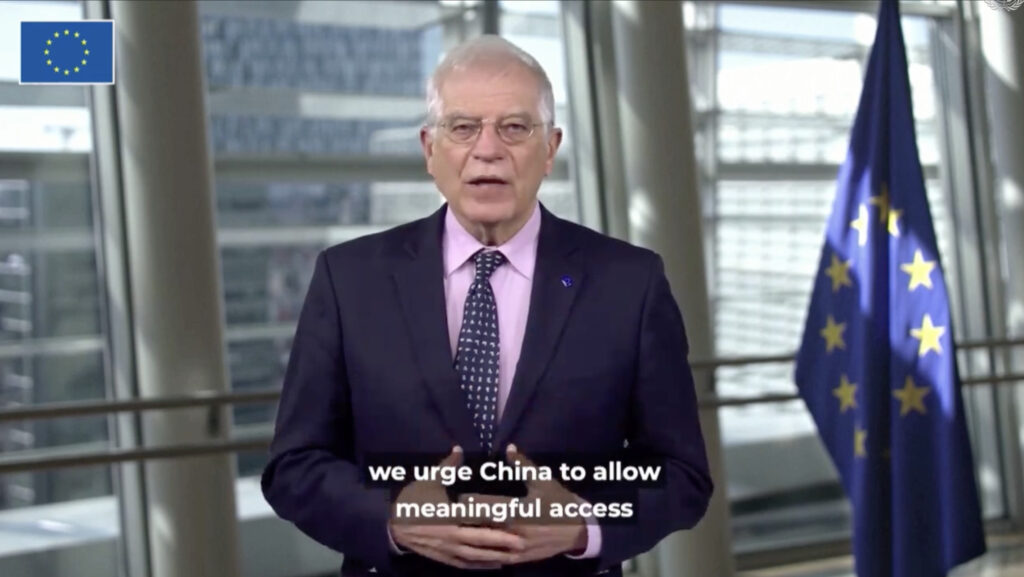 Geneva: The United Kingdom and the European Union called upon China to address the deteriorating human rights situation in China, including Tibet, during the high-level segment of the 46th UN Human Rights Council virtual session.

The Secretary for Foreign Affairs of the United Kingdom of Great Britain and Northern Ireland, His Excellency Mr. Dominic Raab, stood with the growing international concerns over the deteriorating human rights situation in China, and regions under its control. The foreign secretary called upon members of the council by saying “No one can ignore the evidence anymore”.

While echoing the United Kingdom’s commitments to “live up to” its responsibilities, the secretary called upon the UN human rights monitoring and protection mechanisms to respond and the members of the council to “live up to” responsibilities. The secretary further pledged the UK’s commitments to raise voice for people suffering from the abysmal treatment being carried out by China.

Similarly, His Excellency Mr. Josep Borrell Fontelles, High Representative of the European Union for Foreign Affairs and Security Policy and Vice President of the European Commission, on behalf of 27 European countries, reiterated the European Union call on China to uphold its obligation under national and international law, and thereby respect rights of people in Tibet, Xinjiang and Inner Mongolia.  Expressing concern over the situation of the Uyghur Muslims community, the European Union called China to grant unfettered access for independent observers, including High Commissioner Michelle Bachelet. The unfettered access is “key to enable independent, impartial and transparent assessment of the grave concerns that the international community has”, said Mr. Borrell. The EU also called upon China to respect fundamental freedoms and rule of law in Hong Kong.

Paralleling the 46th UN HRC session, the Tibet Bureau Geneva will be hosting a virtual side event on 1 March to discuss the human rights situation in Tibet. 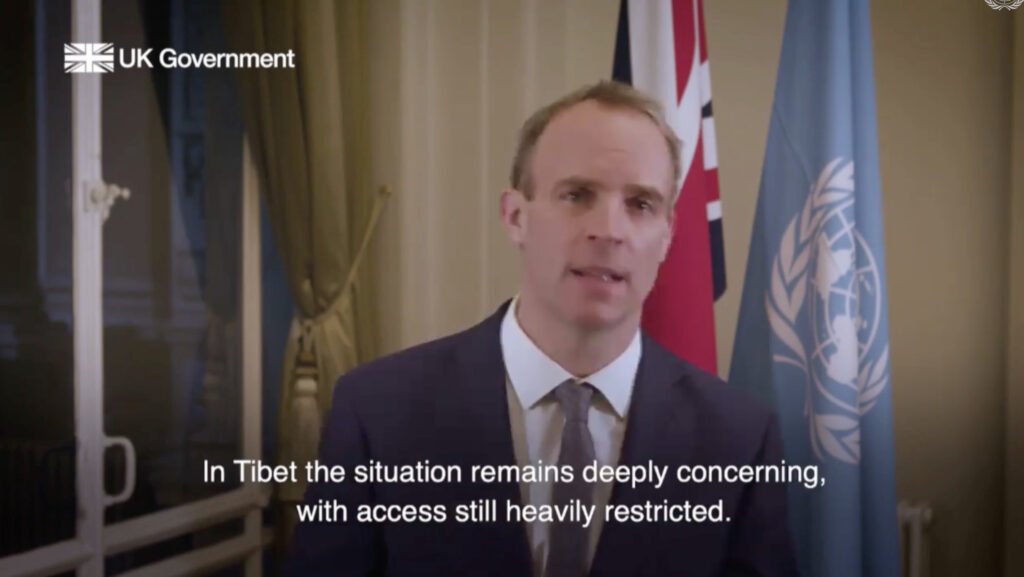 H.E Mr.Dominic Raab, Secretary for Foreign Affairs of the UK delivering its video statement for the high-level segment of the 46th UNHRC virtual session.Photo_UN WebTV