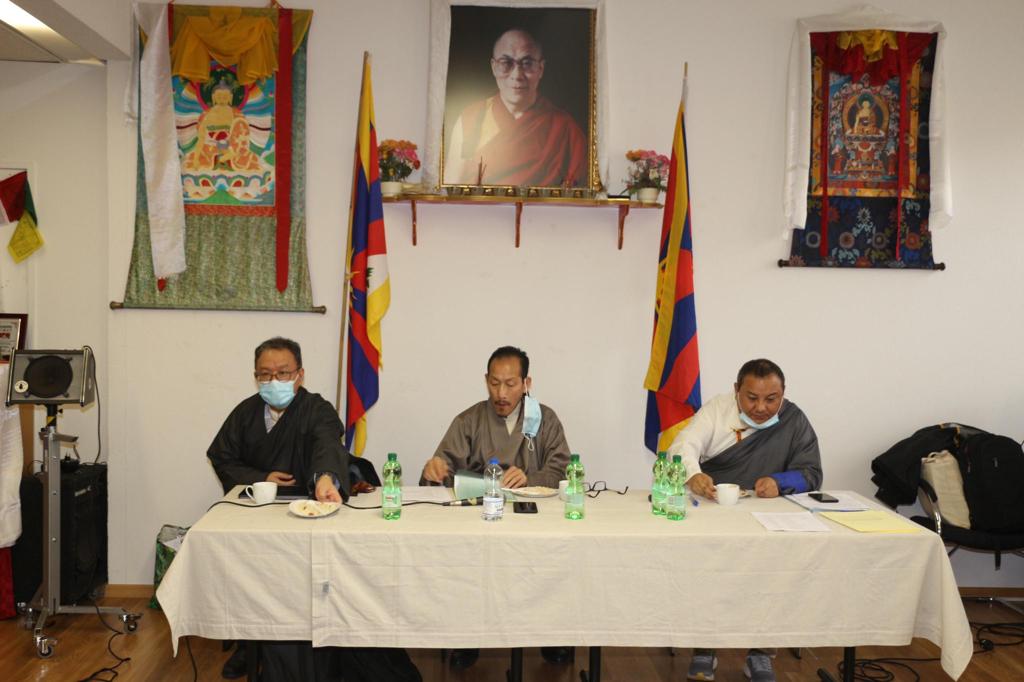 Geneva: “This is a small way of offering my gratitude to His Holiness the Dalai Lama for everything His Holiness has done for us,” remarked Lhamo Tsering, 38, a sentiment echoed by the other women recently elected to the 18th Regional Parliament (known as the Local Tibetan Assembly) of the Tibetan Community of Switzerland and Lichtenstein.

The Tibetan Community of Switzerland and Liechtenstein (TCSL) is one of the largest and perhaps the oldest Tibetan community in Europe (established in 1973) and what sets it apart is that it is the only local assembly established outside of India, Nepal and Bhutan. The assembly consists of 25 members headed by a President and Vice-President. The 25 sections of the Tibetan community spread across Switzerland and Lichtenstein elect their section leaders once every three years and the section leaders, in turn, elect the President and the Vice-President.

Karma Choekyi from the Volketswil section and Tenzin Wangdu from the Horgen section were elected as the President and Vice-President. The handing/taking over will be carried out on 13 March 2021.

The elections this year saw a record number of eight Tibetan women accepting the responsibility totalling over 30% of the total members whereas the last assembly had only one-woman member. Most of them are assuming leadership roles for the first time and intend to work towards preservation as well as the promotion of the Tibetan language and culture.

As part of International Women’s Day celebrations, the Tibet Bureau Geneva reached out to these strong determined women leaders about their inspiration and aspirations in life.

Kunsang Wangmo, elected for the first time from the Lausanne section noted that “I do not have much experience and I am not even saying that I am the most capable person out there. But I know I will give my best and carry out my responsibilities to the best of my capabilities.” Similarly, Yudok Lhamo from St.Gallan noted that “I want to be the role model I wish to see in the Tibetan community. If I step up, other women who are better educated and better qualified will feel more confident to enter this field of community service.”

Reminiscing the advice of the teachers from Tibetan Children’s Village School based in Dharamshala and Bylakuppe, Yangchen Tsering from Rapperswil section said, “My teachers taught me the importance of working for the cause of Tibet and my father showed me the path that a small act of serving the community can lead to serving of the larger Tibetan cause.” As a member of the Tibetan Women’s Association of Switzerland and as the Vice-President of the Alumni Association of Tibetan Children’s Village-Switzerland, in addition, to be now becoming the member of the local assembly, Yangchen Tsering hopes that she can nurture and encourage other women to take up more leadership roles in the Tibetan society.

Another inspiring young woman leader is Kunga Sara Chimey from the Glarus section who was born and educated in Switzerland and recently returned from Dharamshala where she was working with the Tibet Museum under the Department of Information and International Relations as part of the Tibet Corps. Speaking on the youth engagement, she said, “no matter where we are born, we are Tibetans and it is our responsibility to work for the Tibetan cause. We have many young Tibetans in Switzerland who are willing to take up the responsibility and I hope to inspire more such young Tibetans to participate in the community building initiatives.”

Talking about the importance of community service, Tsetan from Landquart noted, “It is important to serve and give back to the community. It is encouraging to see that Tibetans born and educated in Switzerland are participating in community work. The degrees that we earn gain more value when we use them for community service.”

The youngest member of the local assembly, 26-year-old Yonga, who thanks His Holiness the Dalai Lama for all the opportunities received despite being a refugee, noted “I am young but my life has been shaped by the motto ‘others before self’ and I request everyone to think for the common good and act accordingly.”

Thanking the assembly members for electing her as the President of the Tibetan Community of Switzerland and Liechtenstein, Karma Choekyi remarked, “I was the only woman member in the last local assembly and I am glad to see so many women especially youngsters stepping up to take this responsibility. This is very inspiring. I seek the support of each and every member of the local assembly in our service to the community and towards the cause of Tibet.”

Representative Chhimey Rigzen from Tibet Bureau Geneva, who also adorned the role of local election commissioner for the election of the president and vice-president of the TCSL, congratulated the entire Tibetan Community of Switzerland and Liechtenstein for encouraging the participation of women and youth as community leaders. “It is quite historic to achieve this feat of having over 30% of women in the assembly and reflects tremendous trust as well as the confidence of the community.”

As we celebrate International Women’s Day today, these women leaders have one common message, “we urge more and more Tibetan women to take up leadership roles and be the role models for the future generations to come.”