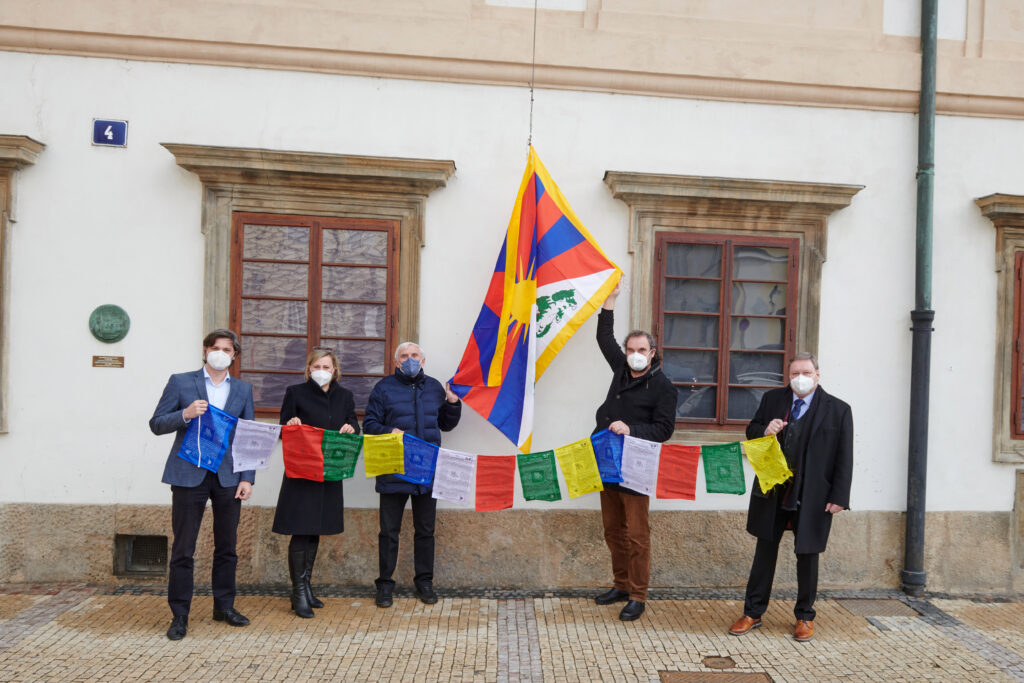 The Flag was hoisted at 9 am local time by 1st Vice-President of the Senate Jiri Ruzicka in the presence of Senator Premysl Rabas who is also the President of the Czech Senate Group for Tibet, Senator Marek Hilser, Senator Petr Štěpánek and Secretary of the Czech Senate Group for Tibet Katerina Bursik Jacques. Due to the covid-19 pandemic situation the gathering of the people had to be limited.

The press release by the Czech Senate noted, “as part of the Flag for Tibet event, the hoisting of Tibet flag commemorates the victims of the suppressed national uprising that broke out in the capital of Tibet, Lhasa, 62 years ago.”

Speaking on the significance of the gesture President Miloš Vystrčil noted “the Flag for Tibet and similar initiatives are not empty gestures. Public and political support from the free world is important for the Tibetans.” He also reminded that already in1998 the Senate, led by Petr Pithart, commissioned its representatives to act actively for the protection of human rights of the people of China and Tibet by issuing a decree for this purpose.

Speaking about the struggle faced by Tibetans in Tibet, Jiří Růžička, 1st Senate Vice-President of the Czech Republic noted, “Let’s take a moment today to think and meditate on the people of a small tenacious nation, which in the distant mountains, aside from the world’s interest, is desperately fighting not just for freedom and the right to decide for themselves, but importantly for self-preservation.” Noting that it is no longer possible to remain silent, he further added, “Let us recall the ambiguity and fragility of our own freedom, the sense of belonging to those who helped us and to those we now help. Let’s not succumb to the idea that denying the right here and there can pay off for the stronger one and that silence can pay off for us… It can’t and we have to fight the evil.” 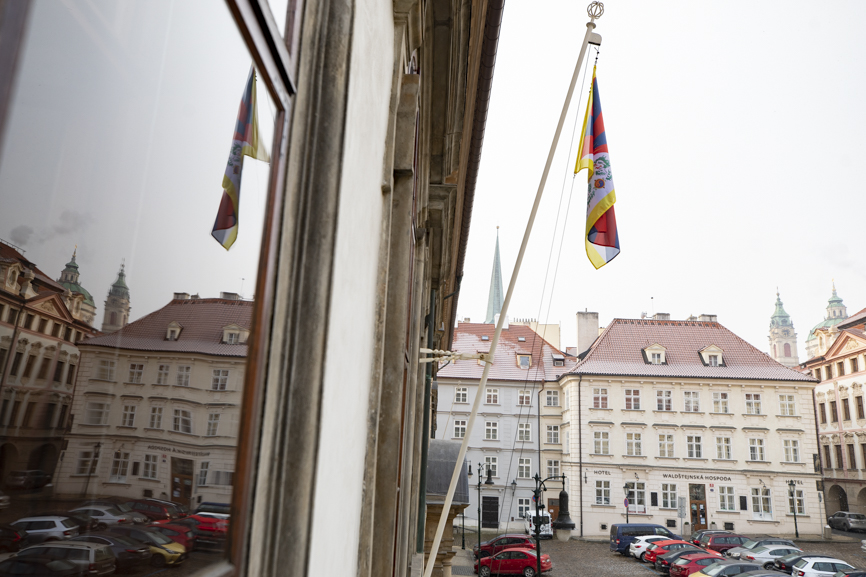 The President of the Senate Support for Tibet Group and Chomutov Senator Přemysl Rabas called on the democratic countries to support Tibet and said “The Senate is showing again that Havel´s politics based on ethical and moral principles has a strong tradition in our country. I consider it natural that democratic countries support those countries where freedom is denied.”

Thanking this historic initiative, the President of the Central Tibetan Administration Dr. Lobsang Sangay noted, “On behalf of the Central Tibetan Administration and the millions of Tibetans across the world, I thank the Senate of the Czech Republic for this historic moment. The hoisting of Tibetan national flag for the first time on the Senate building is a mark of honor and commemoration of the sacrifices of Tibetans since the last 62 years. May the flag flutter high spreading peace, justice and strength across the world and especially in Tibet.”

Chhimey Rigzen, Representative of His Holiness the Dalai Lama and the Central Tibetan Administration for Central and Eastern Europe at Tibet Bureau Geneva thanked the President, Vice-President and Members of the Czech Senate specially the Czech Parliament Support Group for Tibet and its secretary Katerina Bursik Jacques for this historic initiative and added “this is a very important initiative and a strong message of support to Tibetans across the world that our struggle for justice and freedom is a just cause garnering ever-growing international support. It is a message of hope, solidarity and strength to the Tibetans back in Tibet who continue to suffer under the brutal regime and we thank you for this important message.” 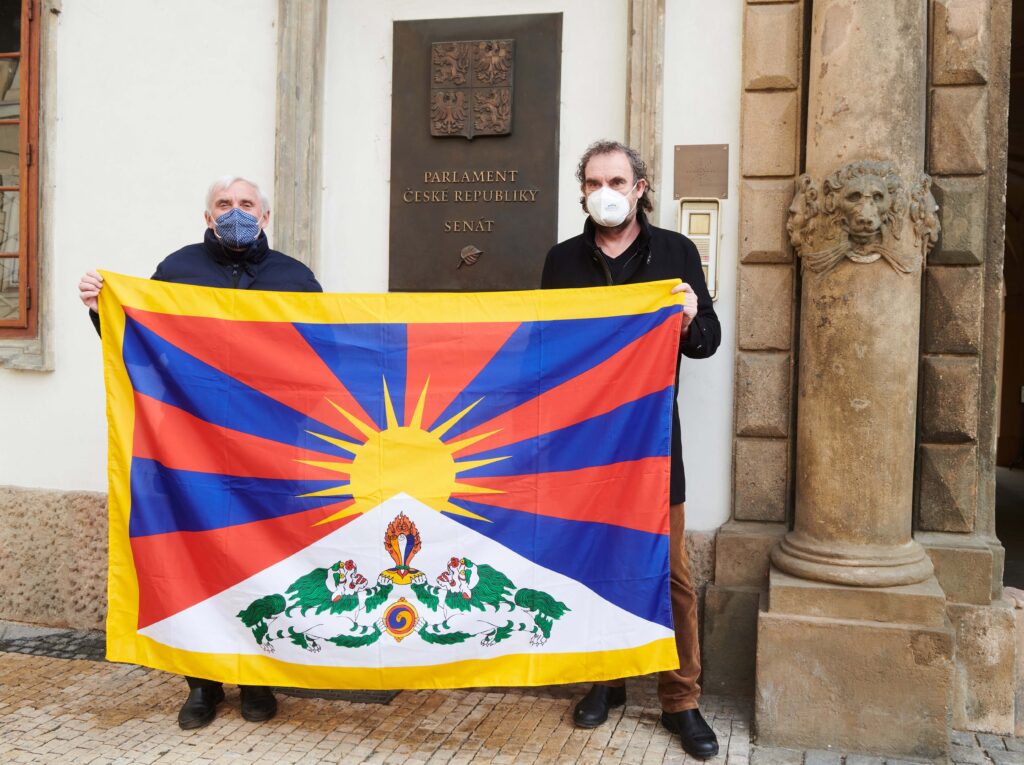 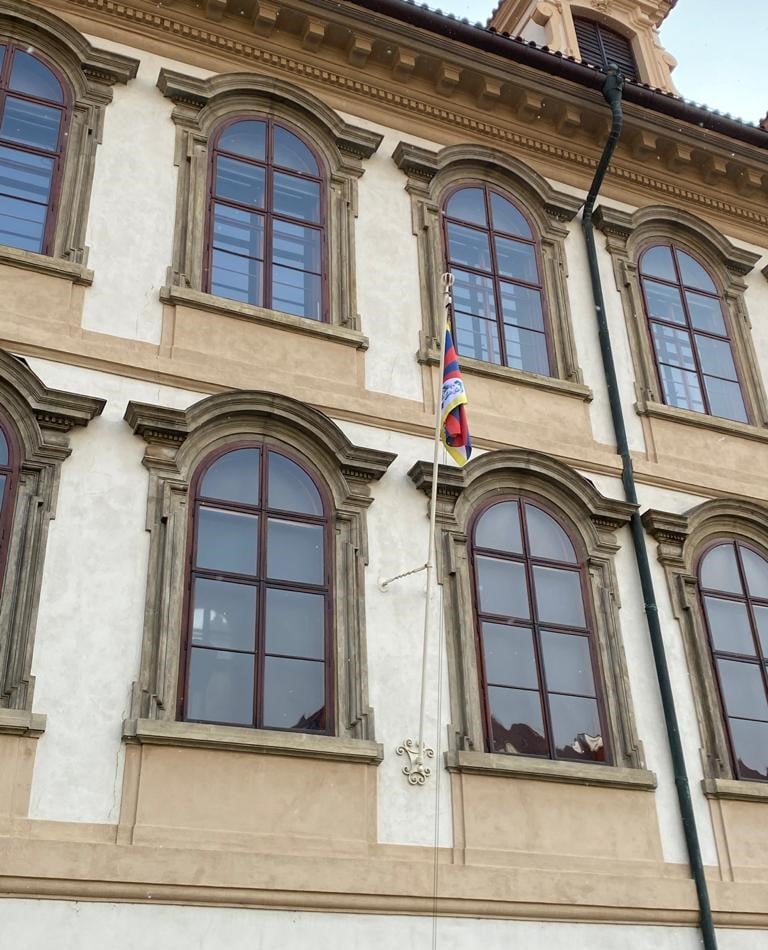