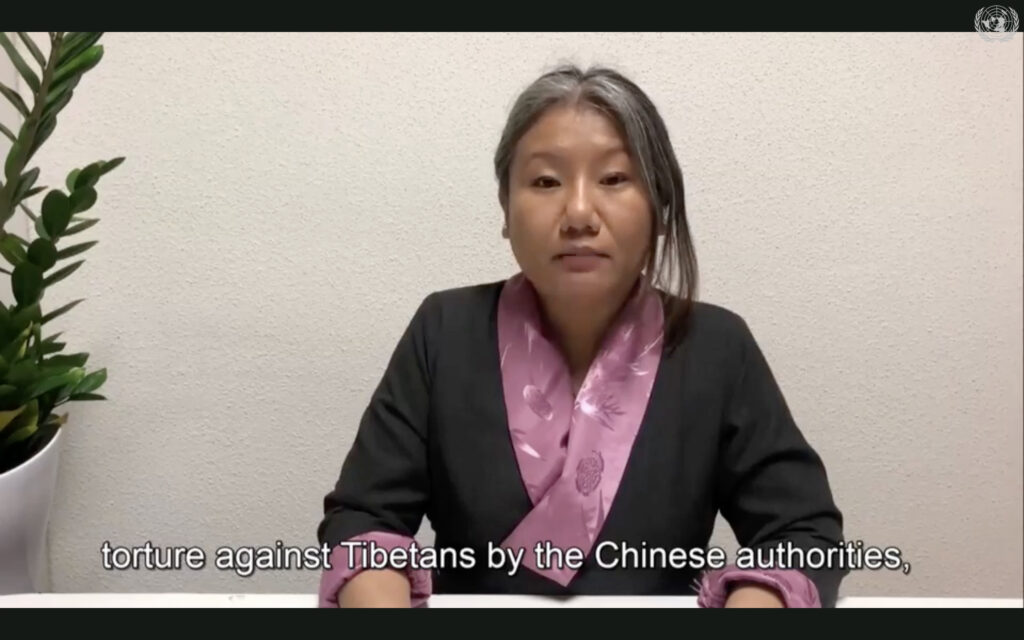 Prof. Nils Melzer, UN Special Rapporteur on Torture and Other Cruel, Inhuman or Degrading Treatment or Punishment presented his report during interactive dialogue under Item no.3. The report focused on the effectiveness of the cooperation of States on official communication and official visits and noted that “the prohibition of torture and ill-treatment requires States to adopt a holistic approach to eradicate, prevent, investigate and prosecute any such abuse, and to ensure adequate and effective reparation to victims and their families.”

Highlighting the increasing use of torture against Tibetans by the Chinese authorities, Thinlay Chukki provided a brief background of the two recent Tibetan torture death cases. In the case of Tenzin Nyima, she noted that he “was so severely tortured for participating in a peaceful protest that he went into a coma. The hospitals refused to treat him declaring that his injuries were beyond treatment. Adding insult to injury, a Chinese court summoned him for participation in the peaceful protest while he was dying in a coma. He succumbed to his torture injuries on 19 January 2021.”

Discussing the case of Kunchok Jinpa’s death, Thinlay Chukki added that he died “while serving an arbitrary sentence of 21-year in prison for reporting on peaceful protests. He had suffered from a brain haemorrhage and was paralyzed while in prison. His family had no information about him until few days before his death.”

Noting that torture and ill-treatment of Tibetans by the Chinese authorities have become a common practice, Thinlay Chukki called upon the Special Rapporteur and the UN Human Rights Council to press China to stop the practice of torture and conduct thorough investigation to “hold accountable the Chinese authorities responsible for these deaths as well as to ensure adequate and effective reparation to the victims and their families.”

Despite being a signatory and having ratified the Convention against Torture and Other Cruel Inhuman or Degrading Treatment or Punishment, China continues to employ torture practices against Tibetans in Tibet.