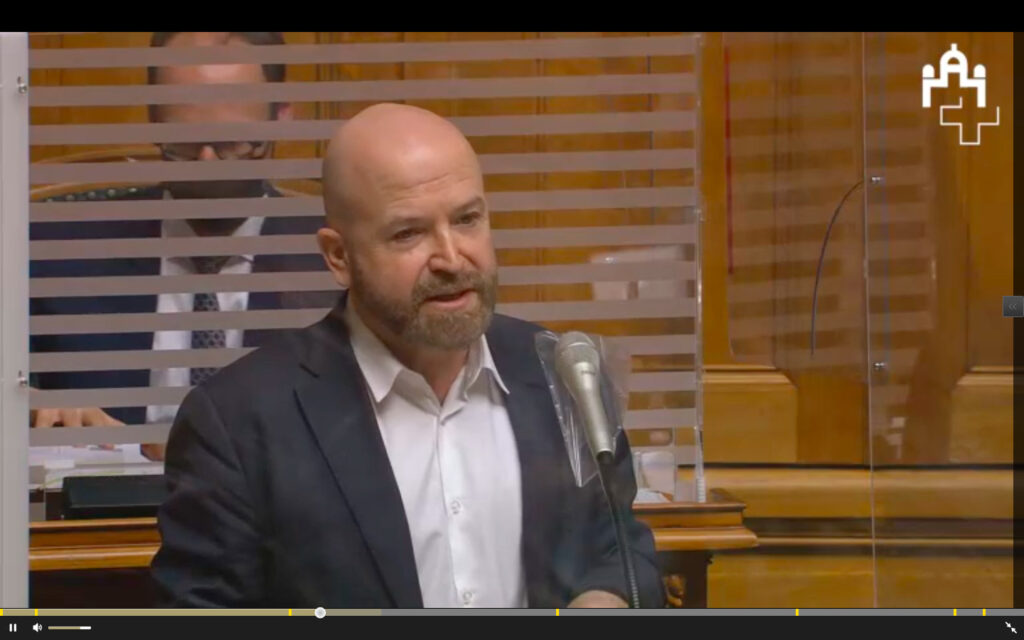 Geneva: The National Council of Switzerland (Upper Chamber of Swiss Parliament) passed the postulate 20.4333 with a thumping majority calling on the Federal Council (Swiss Government) to submit a detailed report on the situation of Tibetans in Switzerland especially focusing on restrictions on freedom of expression and surveillance by the Chinese government.

The postulate was passed with a majority of 134 in favour, 48 against and 5 abstentions yesterday on 15 March 2021 during the ongoing spring session of the parliament.

While presenting the majority opinion of the Commission on the situation of Tibetans in Switzerland, Hon’ble member Roland Fischer noted, “on October 7, 1950, one year after Mao Tse-tung had proclaimed the People’s Republic of China, the People’s Liberation Army marched into eastern Tibet with 40,000 men. In 1959, after a bloody popular uprising, the Dalai Lama and over 80,000 Tibetans fled to India… Even more than fifty years after the invasion of the Chinese army, human rights continue to be massively violated in Tibet.” 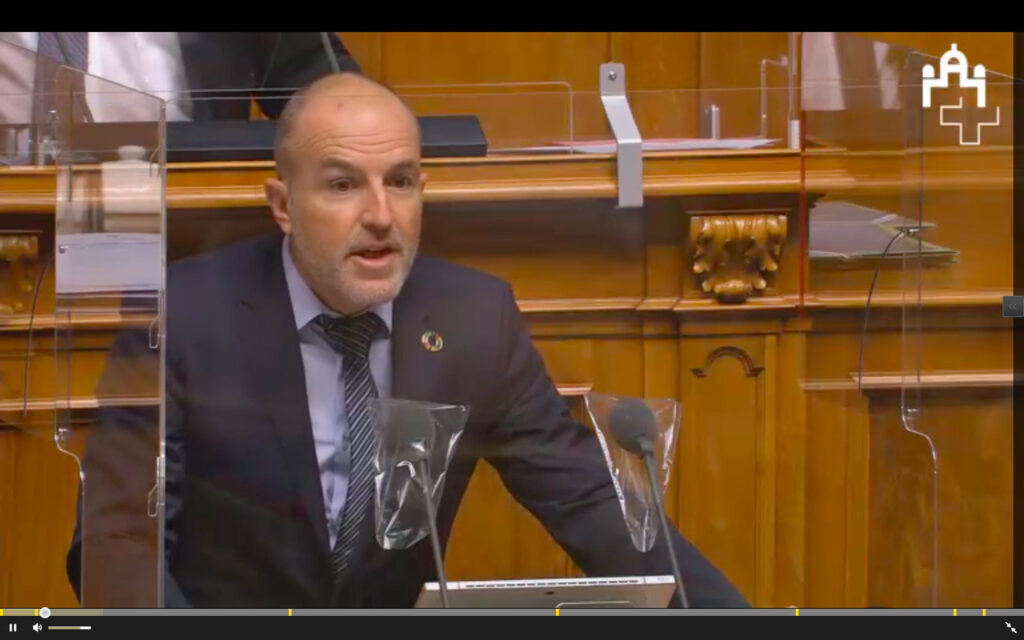 Noting China’s assertive and demanding behaviour, especially towards the Tibetan exile community in Switzerland, he added “the long arm of the Chinese dictatorship, however, extends more and more to Europe as well. There are also indications from academia that China is monitoring the Tibetan and Uyghur diaspora in Switzerland, in addition to many measures of cultural and political influence in Switzerland.”

Appealing the National Council to pass the postulate, strong supporter of Tibet and co-president of the Swiss Parliamentary Group for Tibet, Hon’ble Nicolas Walder said, “Tibetans in Switzerland are concerned about their own security. Indeed, the surveillance by the Chinese authorities has increased and would be accompanied by more and more intimidation and threats… The majority of the committee therefore considered that it was our duty to ensure that the situation was under control and that Tibetans in Switzerland enjoyed the same security and freedom as all other inhabitants of our country.”

Highlighting that China is in the process of realizing Orwellian nightmare, he added “while the human rights situation in China has largely deteriorated over the last ten years, spying and pressure on the diaspora has increased… This is because the People’s Republic of China is at the forefront of what is being done in terms of tracing and spying on its population. Not for sanitary reasons, but to consolidate its power, and this is a total denial of freedoms and human rights.” 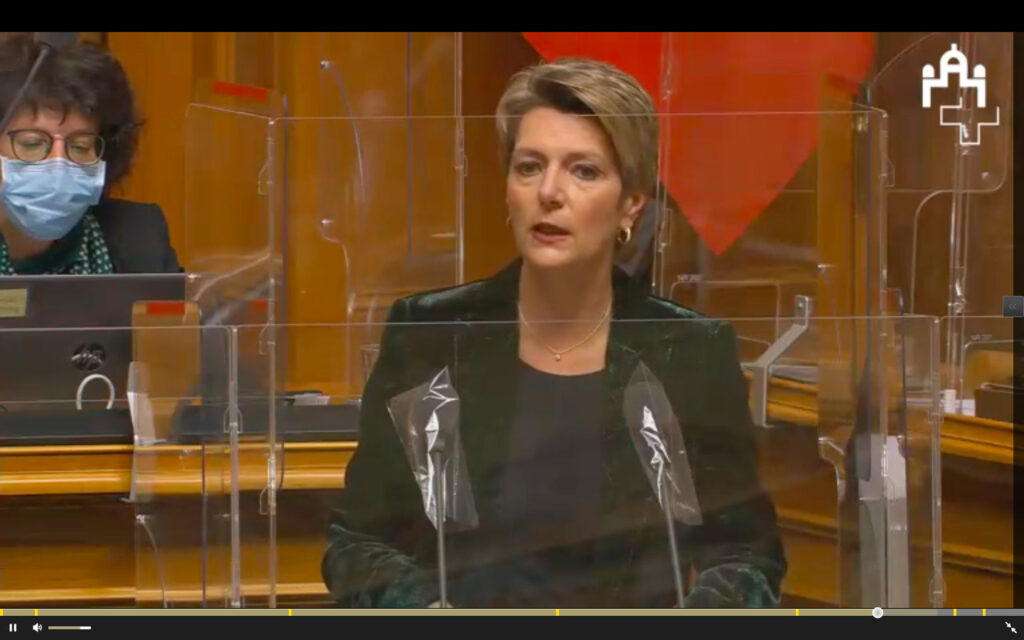 On the postulate concerning the bilateral human rights dialogue with China, Hon’ble Nicolas Walder noted that Chinas has subjected millions of Tibetans and Uyghurs to large scale forced labor camps and that “it will be increasingly difficult for Switzerland to justify full economic cooperation with an undemocratic government that subjects millions of people to forced labor and internment camps.” “At a time when the Chinese government no longer hesitates to attack the universality of human rights before the United Nations, a majority of our commission has deemed it essential to dare to look into the way human rights are dealt with in China,” he further added.

Hon’ble Ignazio Cassis, Head of the Federal Department of Foreign Affairs, endorsed the postulate on behalf of the Federal Council and acknowledged that the overall human rights situation in China has deteriorated in recent years. 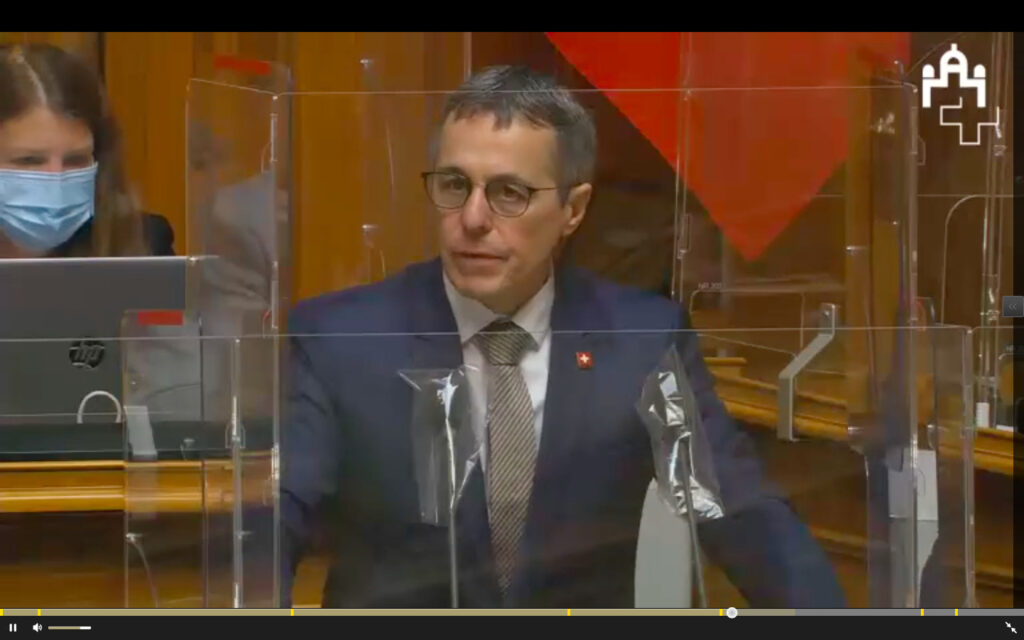 The Foreign Policy Commission of the National Council had adopted these two postulates and referred to the National Council on 9 November 2020. The postulates were based on the 2018 joint signature campaign petition submitted by Society for Threatened Peoples, Swiss Tibetan Friendship Society, Tibetan Community of Switzerland and Liechtenstein, Tibetan Women’s Association of Switzerland and the Tibetan Youth Association of Europe. The joint petition was earlier rejected by the Foreign Policy Commission of the Council of States on the ground that it would interfere in the “one-China” policy of Switzerland.

The Tibet Bureau Geneva along with the Swiss Tibetan Friendship Society has been advocating for the passage of these two postulates since November 2020.

Chhimey Rigzen, Representative of His Holiness the Dalai Lama and the Central Tibetan Administration based in Tibet Bureau, Geneva expressed his gratitude and said, “We would like to thank the National Council members for passing these two important postulates and the Federal Council for endorsing them. I would like to extend my sincere gratitude to Swiss Parliamentary Group for Tibet including Hon’ble Nicolas Walder and Hon’ble Fabian Molina for their exceptional support and guidance. Our special thanks to Swiss-Tibetan Friendship Society including Thomas Buchli for co-ordinating this campaign. This is a result of co-ordinated efforts of all the stakeholders since the last several months.”

Speaking about the significance of the postulates, Thinlay Chukki- Special Appointee for Human Rights based in Tibet Bureau Geneva noted, “these two postulates are significant milestones especially with regard to understanding the significance, if any, of bilateral human rights dialogue with China especially relating to Tibet as well as the transnational oppression carried out by China against Tibetans worldwide through espionage and surveillance including in Switzerland. The security reports of Switzerland already note the increasing targeting of Tibetans and Uyghurs in Switzerland justifying the fears expressed by Tibetans. We also hope that the report will bring forth humanitarian solutions for Tibetan asylum seekers in Switzerland.”

Read the unofficial English translation of the debates on both postulates here. 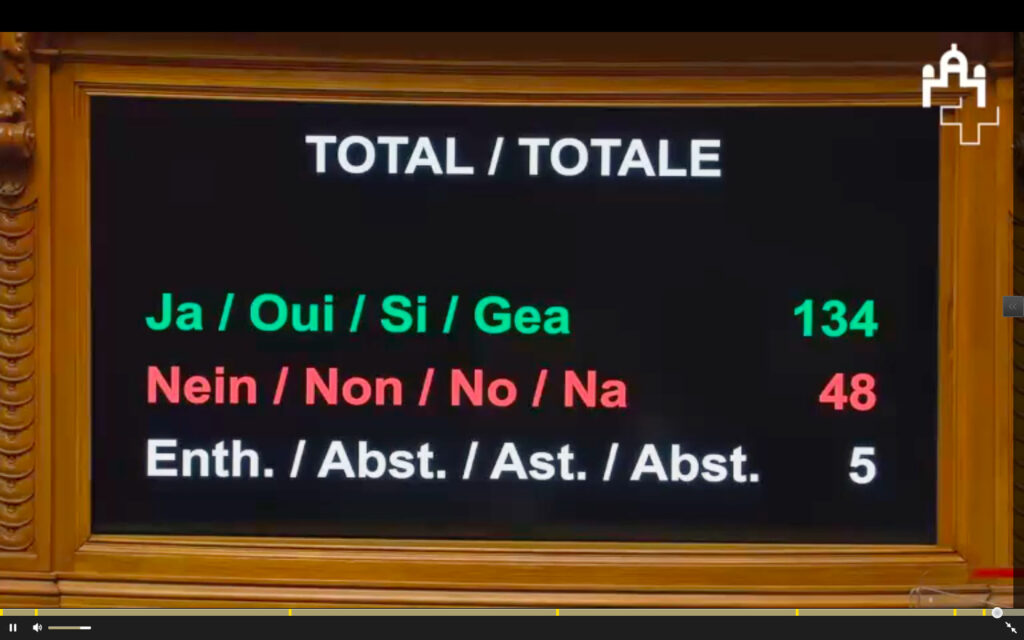