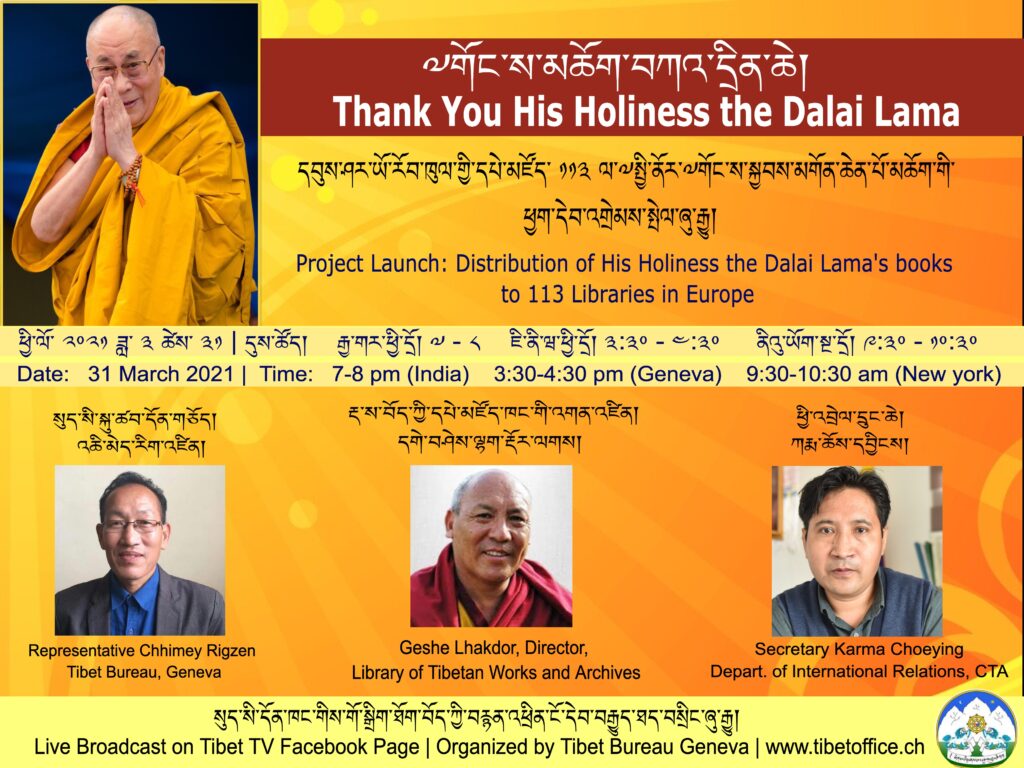 Virtual event to launch the project to distribute Books of His Holiness the Dalai Lama to 113 libraries in Central and Eastern Europe.

The speakers of the event include Representative of the Tibet Bureau Geneva Chhimey Rigzen, the Director of the Library of Tibetan Works and Archives Geshe Lhakdor and Secretary of the Department of International Relations and CTA’s spokesperson Karma Choeying.