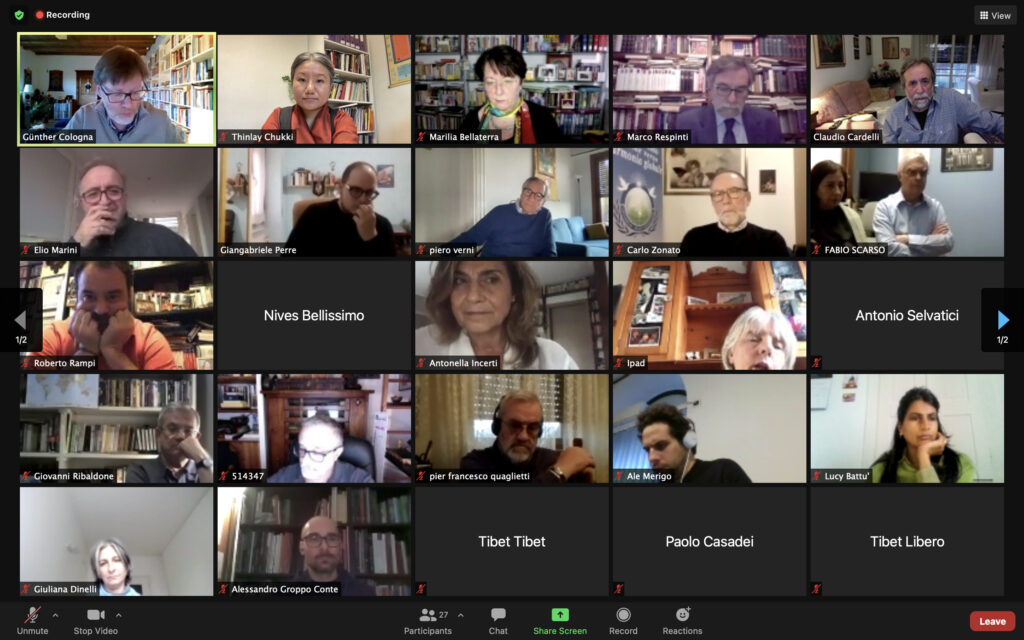 Geneva: The Italia-Tibet Association in collaboration with Bitter Winter- an online magazine on religious liberty and human rights in China, the Heritage of Tibet and AREF International organized a virtual event with Italian parliamentarians to discuss the human rights abuse and environmental degradation by China in Tibet and Xinjiang. The event was held on 29 March 2021 from 6 pm to 8 pm local time and was moderated by Claudio Cardelli, President of the Italia-Tibet Association.

Marco Respinti, Director-in-Charge of Bitter Winter, discussed at length the religious persecution perpetrated by Chinese authorities against Uighur Muslims, Tibetan Buddhists, Christians and Falun Gong practitioners. Highlighting the policy of elimination of cultural identity Uighurs and Tibetans adopted by the Chinese Communist Party, he noted that what is happening in Xinjiang is an extension of this policy and repetition of history. The Uighur genocide is an expansion of cultural genocide carried out by China against Tibetans.

Therefore, he criticized the awarding of Winter Olympics Games 2022 to Beijing and called for its boycott.

Members of the Italian Parliament On. Luciano Nobili, who is also co-president of Intergroup of Italian Parliamentarians for Tibet, On. Roberto Rampi speaking at online discussion on human rights abuse and environmental degradation by China in Tibet and Xinjiang.

Piero Verni, founding President of the Heritage of Tibet, spoke about the One-China Policy and how it has been used to silence critics of human rights abuse against countries supporting the policy. He also touched upon the violation of the international agreement on Hong Kong by China and emphasized the importance of calling for boycott of Beijing Olympics 2022.

On. Luciano Nobili commended the team for the successful organization of the press conference in the Italian Parliament on 10 March 2021 commemorating the 62nd commemoration of the Tibetan National Uprising Day in the presence of President of the Central Tibetan Administration Dr. Lobsang Sangay. Speaking about the US Tibet Policy and Support Act 2020, he welcomed this important US initiative and noted that it is supported by the current US administration as well. He noted that he had appealed the Olympics Committee against awarding it to Beijing.

On. Roberto Rampi noted that he has been an ardent supporter of the Tibetan movement and will continue to support it. He further noted that holding of Olympics in Beijing violates the basic values for which the games stand for. “If we do not speak against the human rights violations perpetrated against Tibetans, Uighurs, Hong Kongers then it means we are supporting the violations” he added.

On. Antonella Incerti who has previously visited Dharamshala and received an audience with His Holiness the Dalai Lama, discussed the environmental destruction carried out by China in Tibet, the third pole. The huge and excessive dams being built on the Tibetan plateau is causing immeasurable and irreversible damage to the environment, she noted. 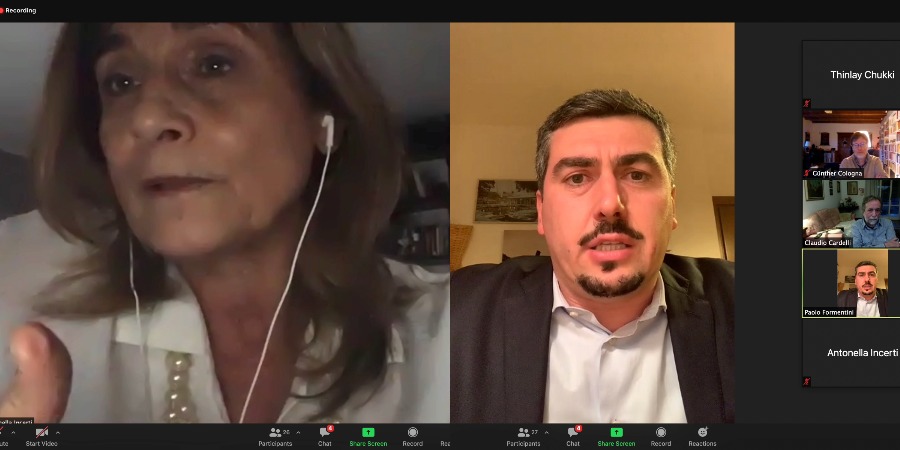 On. Antonella Incerti and On. Paolo Formentini, Vice-President of the Foreign Affairs Commission of the Chamber of Deputies speaking at the discussion.

On. Paolo Formentini, Vice-President of the Foreign Affairs Commission of the Chamber of Deputies, noted that China is propagating its policy aggressively and is threatening the world. He also noted that his efforts are concentrated towards declaring the elimination policy adopted by China towards Uighur as “genocide” similar to what US and Canada have already done.

Thinlay Chukki, Special Appointee for Human Rights, highlighted the ongoing human rights violations in Tibet including the custodial torture deaths of Tibetans, systematic discrimination and Sinicization policy adopted by China against Tibetans. She also spoke on the retaliatory sanctions by China aimed at silencing the international community as well as the Belt and Road Initiative which encapsulates expansionist agenda of China. She appealed for international community’s continued support and urged them to continue to speak up for human rights in Tibet, Xinjiang, Hong Kong and Mainland China.

Dolkun Isa, President of the World Uyghur Congress, participated in the event via a video message and called for boycott of Beijing Olympics 2022 as a protest against the genocide being carried out against Uighurs by the Chinese authorities.

Antonio Selvatici, a journalist and author, noted that Italy’s signing of the Belt and Road Initiative has resulted in China taking over the control of two important naval base of Italy. He called the Belt and Road a military strategy in the guise of infrastructural project.

The event was organized as a follow-up to the 10 March press conference to discuss the possible avenues to send a strong message to China against its repressive policies towards Tibetans, Uighurs and Hong Kongers. 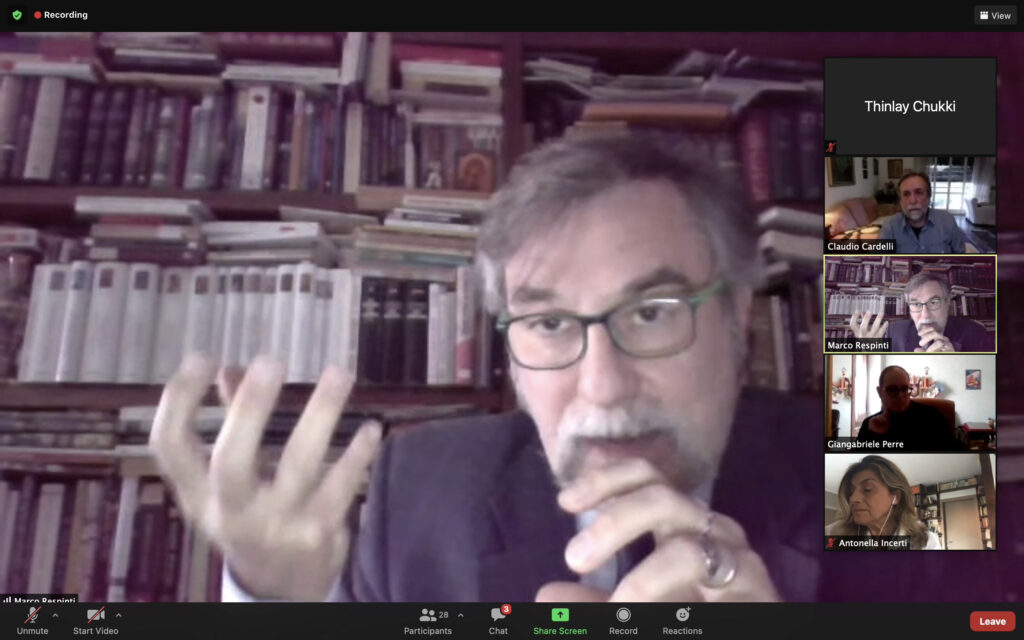 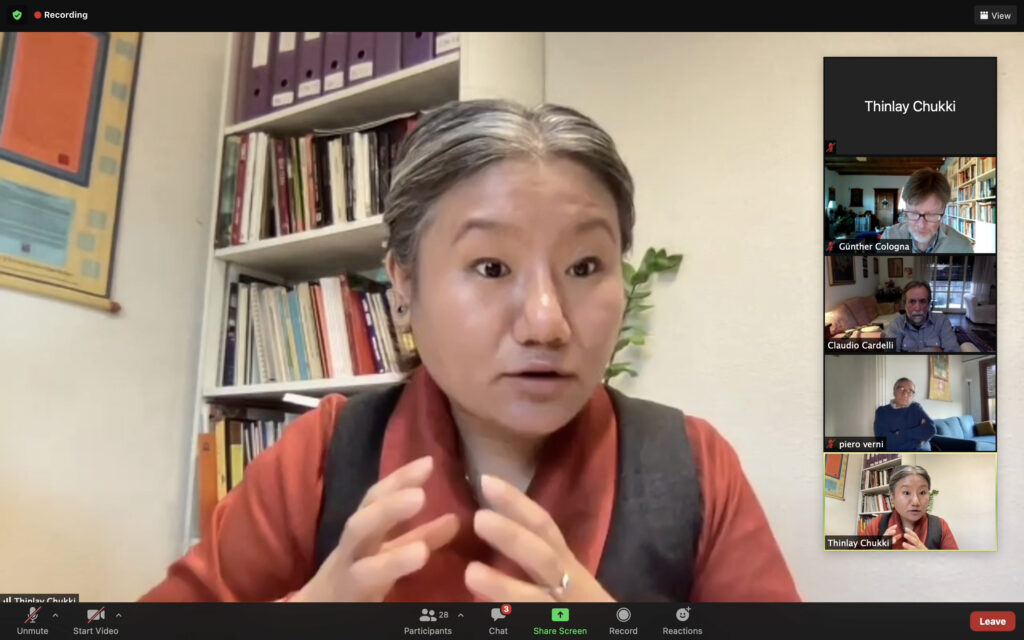