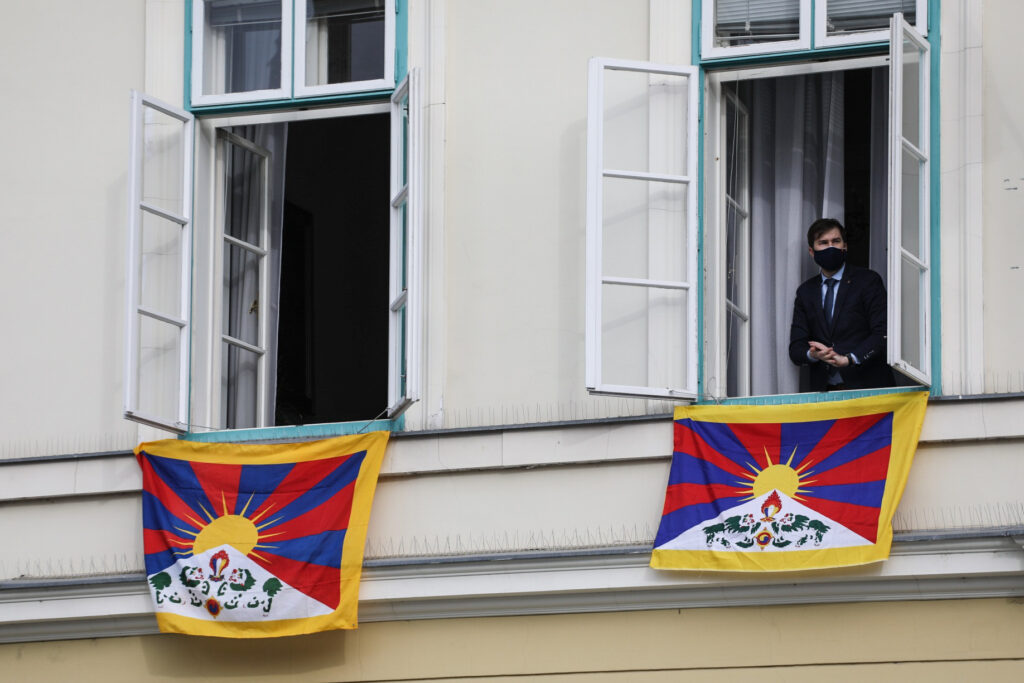 Geneva: In protest against the visit of China’s Defense Minister, the deputy mayor of Budapest’s I.district Ference Garencsér hoisted Tibetan National flags on the district town hall on 24 March.

During the visit of China’s Defense Minister Wei Fenghe, Tibetan National flags and a protest banner calling for justice for people suffering under the Chinese Communist regime, including people of the Uyghur Muslim community, were placed on Budapest’s I. district town hall.

Expressing disappointment over the Hungarian government move in welcoming the member of the Communist regime of China, Deputy mayor of Budapest’s I.district Ference Garencsér said there must be “red lines” for country including the members of the European Union while “befriending” with a communist country. No country can afford to overlook the violations of human rights committed by China. In order to raise awareness and in protest against the Hungarian’s government “befriending” China, which constantly violates human rights, Tibetan flags and banner were placed on the district town hall located in the vicinity of the Prime Minister Office of Hungary, explained Deputy mayor of Budapest. 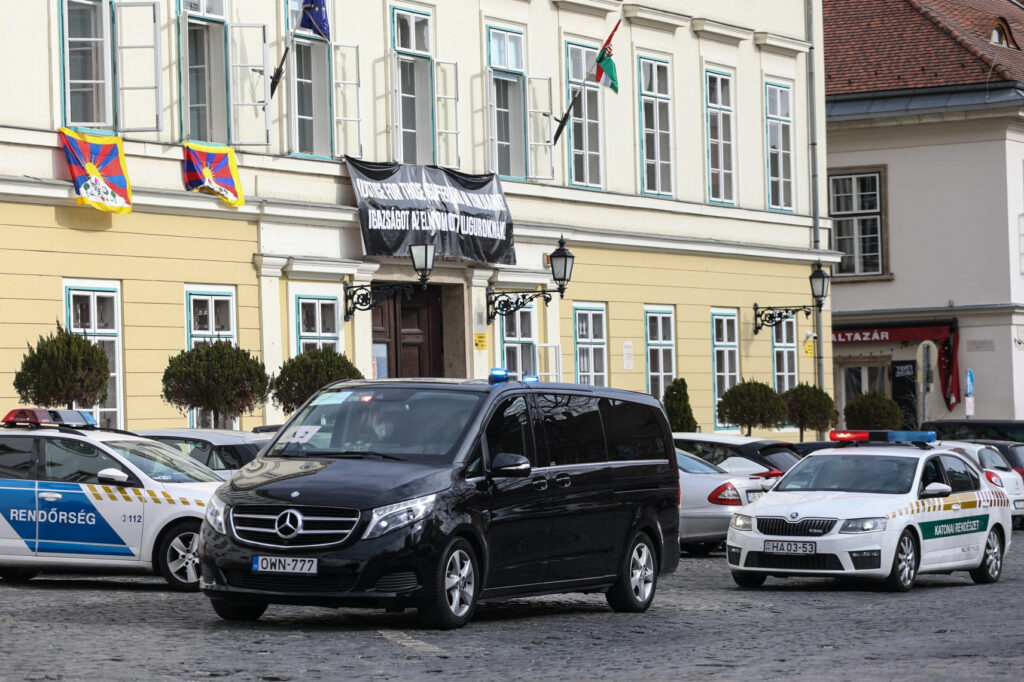 Tibetan National Flags and banner calling for justice for those suffering under China including Xinjiang, placed on district town hall during the silent visit of Chinese Defense Minister on 24 March 2021.

Previous Post Italian Parliamentarians and civil societies discuss human rights abuse and environmental degradation by China in Tibet and Xinjiang Next Post In vibrant display of democracy, Tibetans across Central and Eastern Europe turn out in increased numbers in 2021 Final Elections