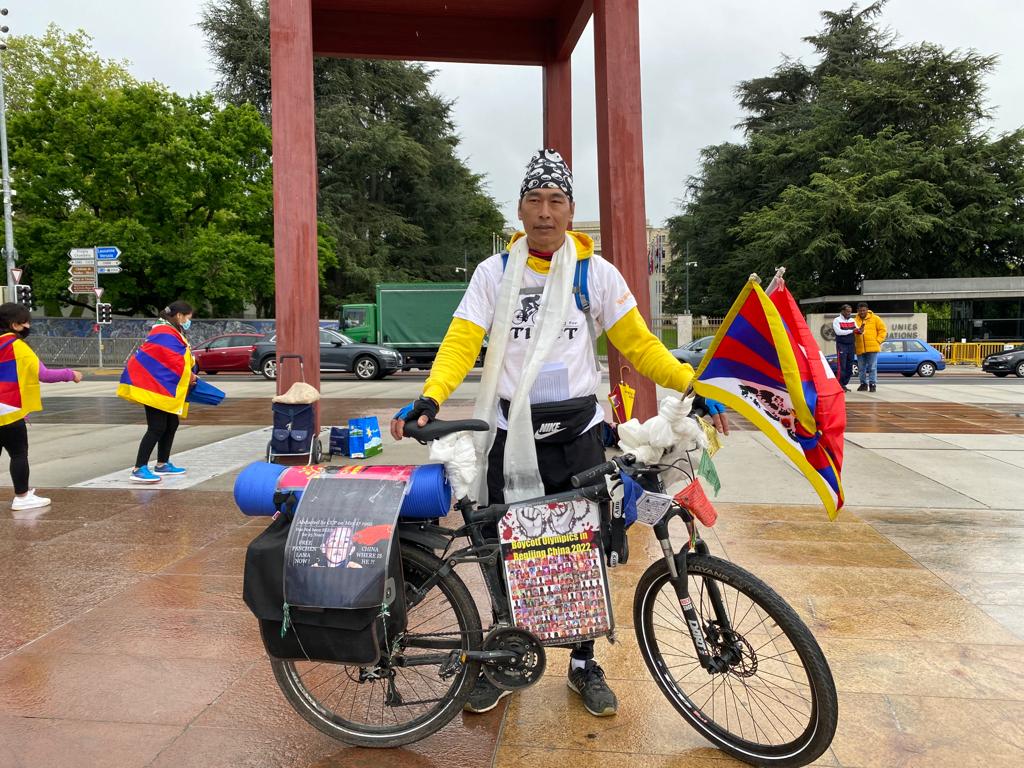 Tibetan Activist of Switzerland concludes Solo-Cycle Rally with Appeal to UN in Geneva, 21 May 2021.

Geneva: A father of two young sons, Tsering Wangdu, a resident of Winterthur, Switzerland concluded his solo cycle rally before the UN carrying an appeal to the Office of UN High Commissioner for Human Rights in Geneva on 21 May 2021.

46-year-old Wangdu started his solo-cycle rally on 7 May from Winterthur to Geneva covering almost 1000 kilometers in poor weather to raise awareness about the 70 years of violent repression in Tibet and to make China accountable for its human rights violations. The 70 years refer to the period since the signing of the 17-Point agreement under military threat between Tibet and China in 1951.

On arrival in Geneva, he was received by the staff of the Tibet Bureau Geneva Kalden Tsomo and Thinlay Chukki, president of Tibetan Community in Geneva Tsesutsang Yonga, accompanied by community’s representatives before the UN office at Palais des Nations.  Following this, he was welcomed by Representative Chhimey Rigzen and the staffs of the Tibet Bureau to the office and offered farewell lunch by the Tibetan community in Geneva. In the meeting, Representative Chhimey applauded Wangdu for his initiative to hold a solo-cycle rally for the Tibetan cause and  “for serving as a motivation for others to work towards Tibet’s cause.” He promised to support Wangdu in his future endeavors to better plan and amplify his voice for Tibet at the UN.

In coordination with the Tibet Bureau Geneva, Tsering Wangdu submitted the appeal letter to the UN High Commissioner for Human Rights, Ms. Michelle Bachelet, to bring her attention to attacks on Tibetan culture, lives, and religion by China and to call for its end. He alerted that the mistreatments go against what China itself had “promised” in the 17-Point Agreement which it forced Tibet to sign.

Wangdu presented his 5-point appeal to call upon the UN and the international community to press China to dialogue with His Holiness the Dalai Lama’s envoys to discuss his return; release of  Tibet’s 11th Panchen Lama Gedhun Choekyi Nyima along with his family and Chadral Rinpoche and other Tibetan political prisoners; boycott of 2022 Beijing Olympics;  reinvestigation into China’s handling of coronavirus and pending accountability towards the whistleblowers; and to end oppression in Tibet imposed since the 17-Point Agreement. 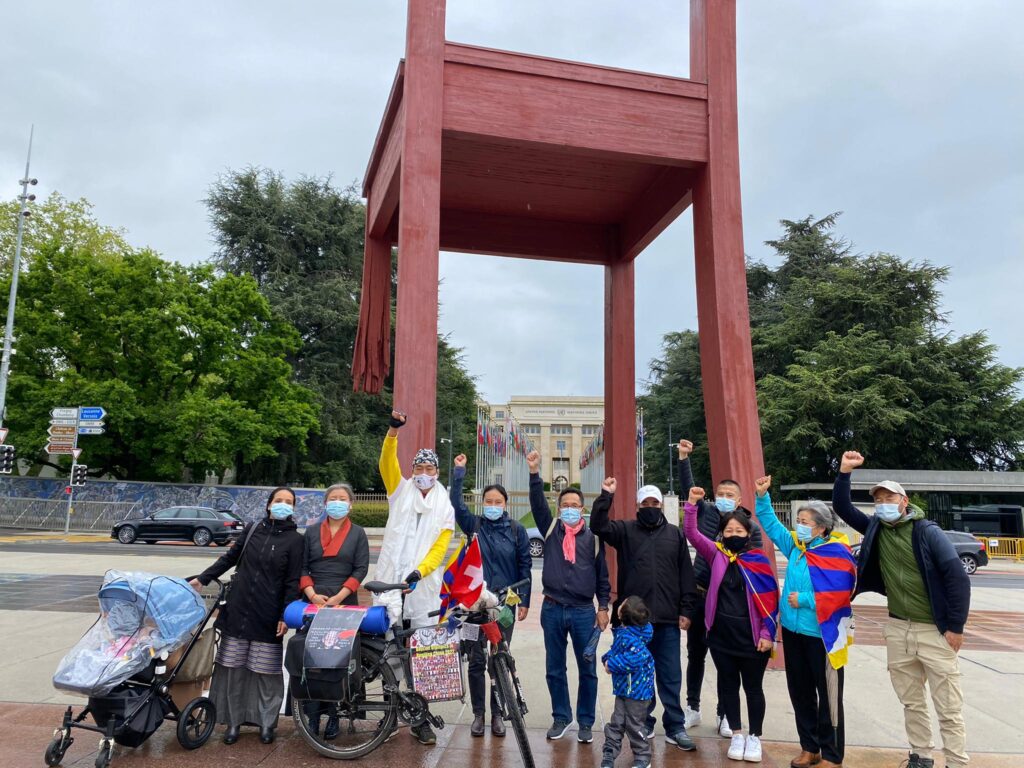 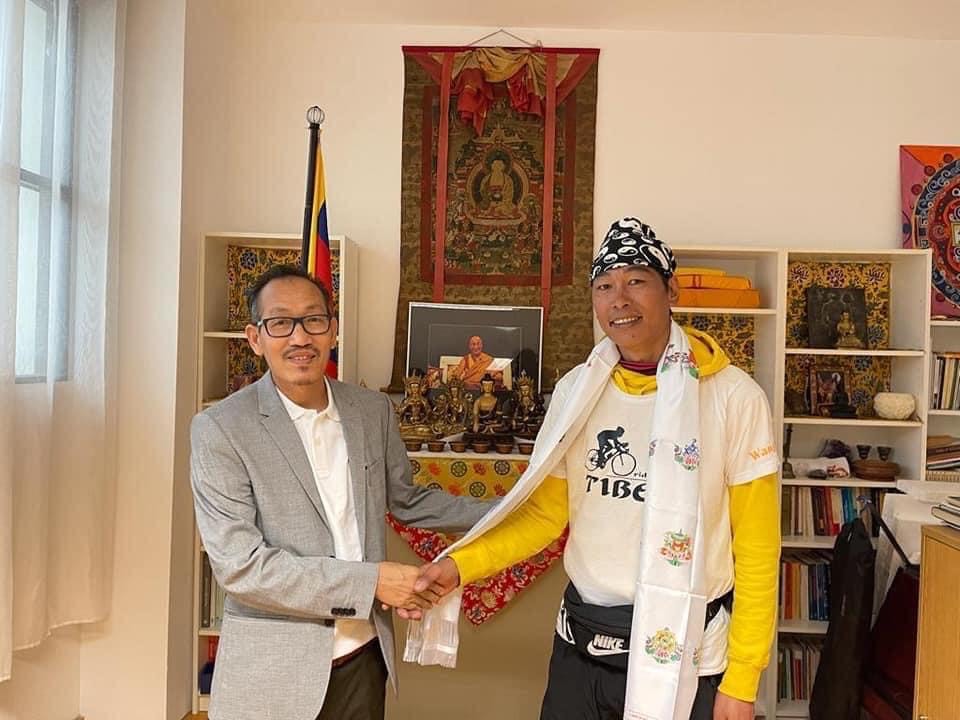 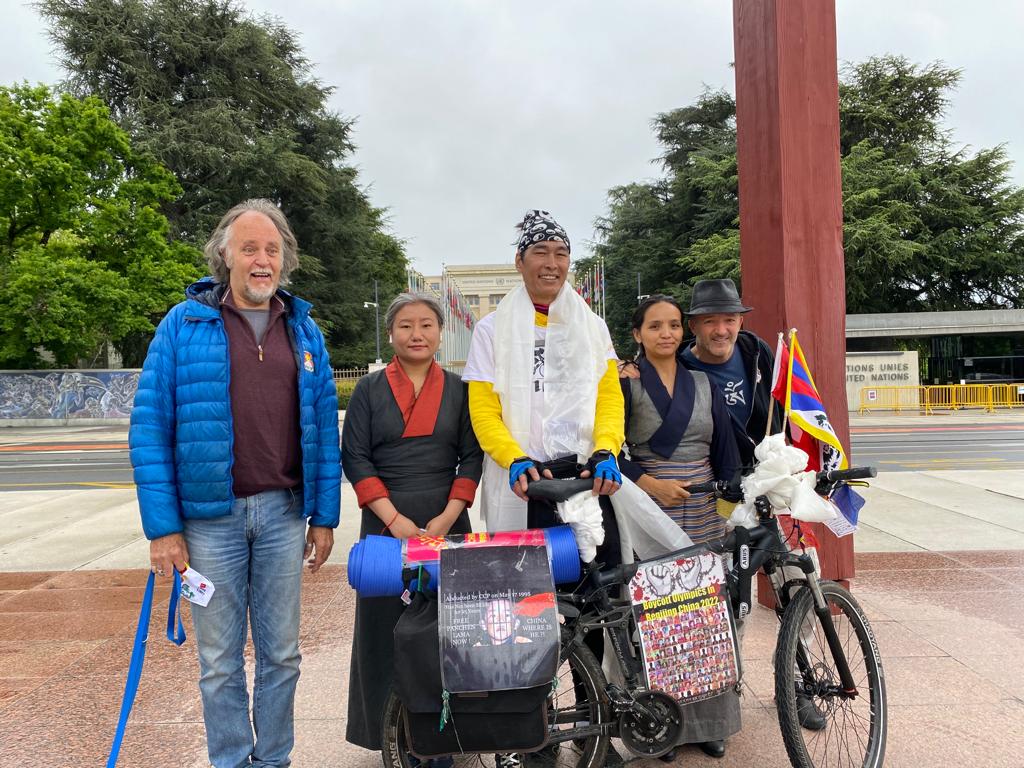