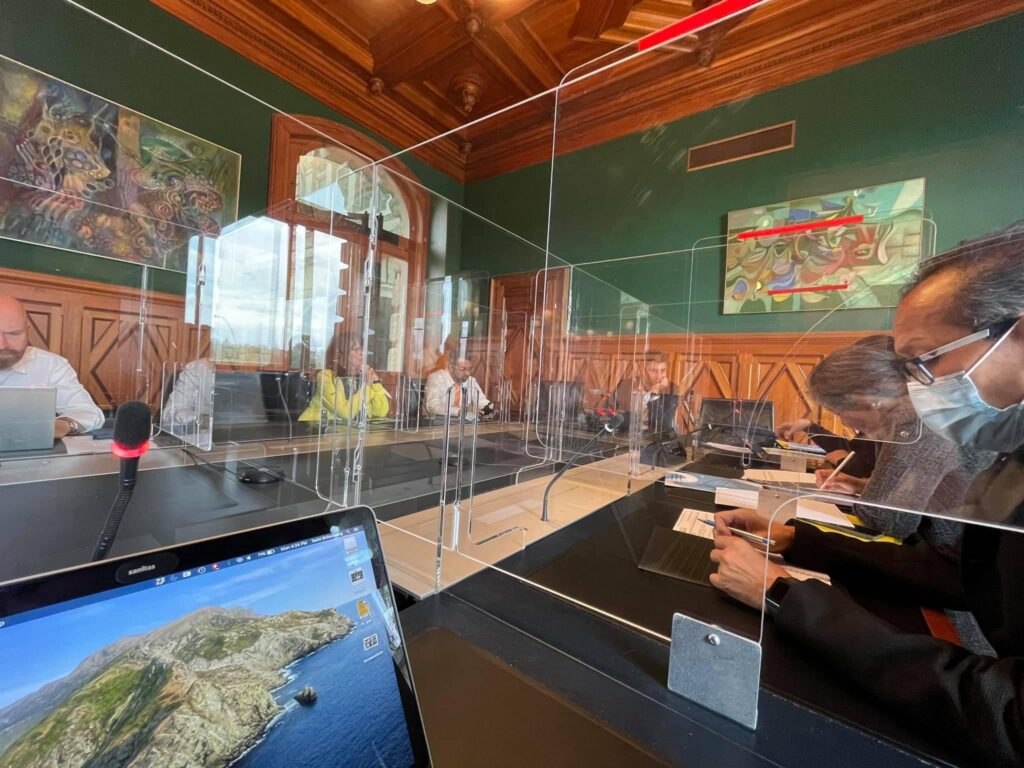 From the Swiss Parliamentary Group for Tibet, the Co-Presidents of the Group Fabian Molina, Nicholas Walder and Nik Gugger; and members of the group Christine Badertscher, Prisca Birrer-Heimo, Martina Munz and Marianne Streiff-Feller attended the meeting.

Representative Chhimey Rigzen and Thinlay Chukki from Tibet Bureau Geneva, President of the Swiss-Tibetan Friendship Association Thomas Büchli and President of the Tibetan Youth Association for Europe Tashi Shitsetsang participated in the meeting. The meeting was held in strict adherence to the Covid-rules and regulations.

Wide-range of issues were discussed at the meeting including the situation of rejected Tibetan asylum seekers and the overall situation in Tibet. The parliamentarians assured continued support to Tibetans and Tibet.

After the meeting, the parliamentarians signed the petition for a diplomatic boycott of the Winter Olympics 2022 to be held in Beijing.

The petition calls on the Swiss Government for diplomatic boycott of the 2022 Winter Olympics in Beijing. More details are available here. 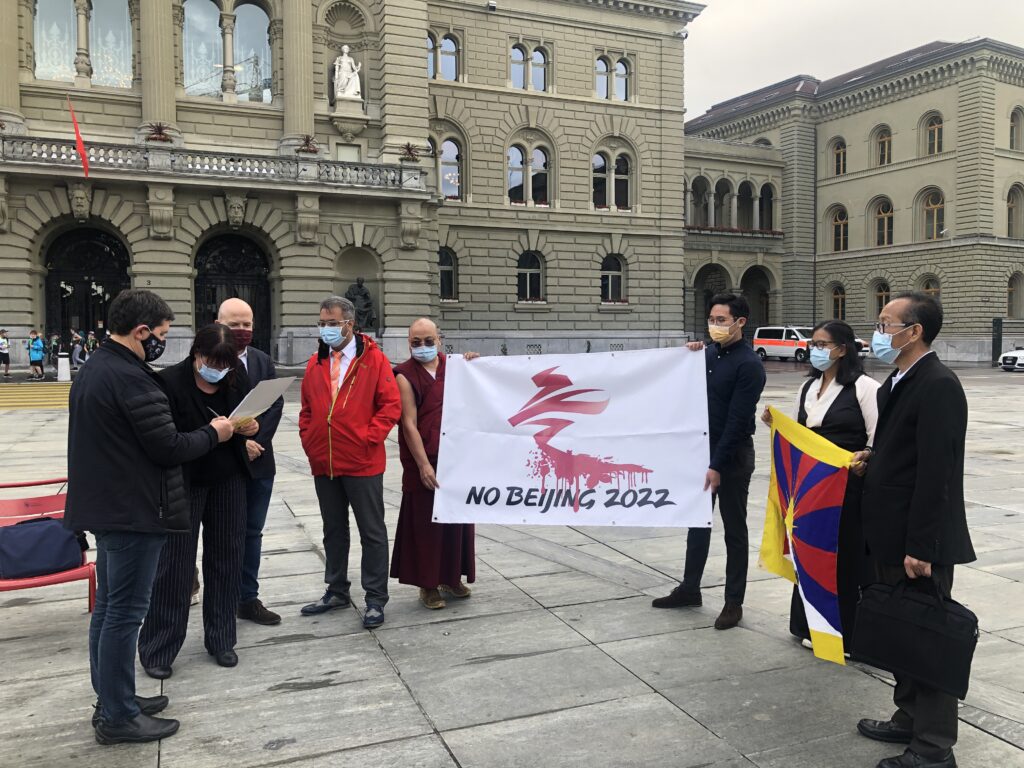 Parliamentarians signing the petition in front of the Parliament Building.