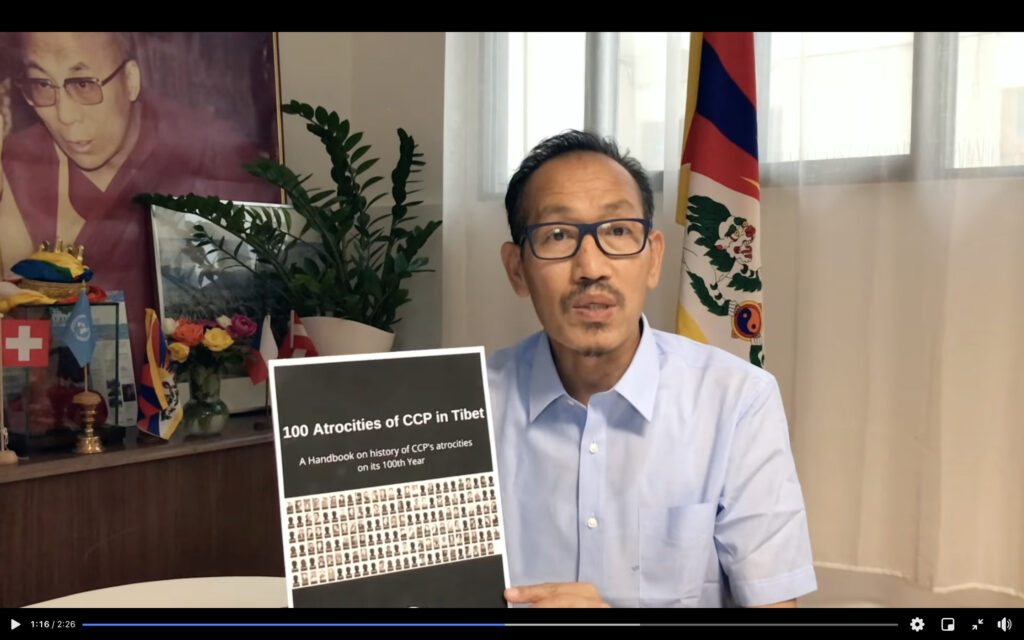 Representative Chhimey Rigzen of the Tibet Bureau Geneva unveiling the book ‘ 100 Atrocities of CCP in Tibet: A Handbook on the history of CCP’s atrocities on its 100th Year’.

Geneva: The Tibet Bureau Geneva released a report titled “100 Atrocities of CCP in Tibet: A Handbook on the history of CCP’s atrocities on its 100th Year” on 1 July 2021.

As the Chinese Communist Party (CCP) completes its 100 years, the handbook is offered as a reminder that this continuity is not a mark of success but has occurred rather due to the oppressive rule on the personal liberties of the people inside the country. These repressive measures of the rule are felt most sharply in areas like Tibet, East Turkestan, Southern Mongolia and other territories under the rule of the Chinese Communist Party.

In this vein, the handbook 100 Atrocities of CCP in Tibet: A handbook on the history of CCP’s atrocities on its 100th Year seeks to challenge the attempts of CCP to erase its violent history by tracing some of its brutal treatments in Tibet since the occupation. It aims for a strong push to make the CCP reflect on its past and ongoing policies in Tibet that have resulted in the loss of countless lives, loss of culture, environment, language, religion, and centuries-old practices of nomadic life. The handbook therefore by its very historical retracing of such events stands against any propaganda that the CCP promotes as part of its “centenary celebrations.”

In form, the handbook is a compilation of important points from reports, books, and other existing archives. These 100 atrocities listed in the handbook are thus not exhaustive. They have been selected to make the readers familiar with the atrocities in the hopes that they begin to question the CCP and its continuity in light of all the cruel and indiscriminate crimes perpetrated in Tibet and other similar repressive environments. 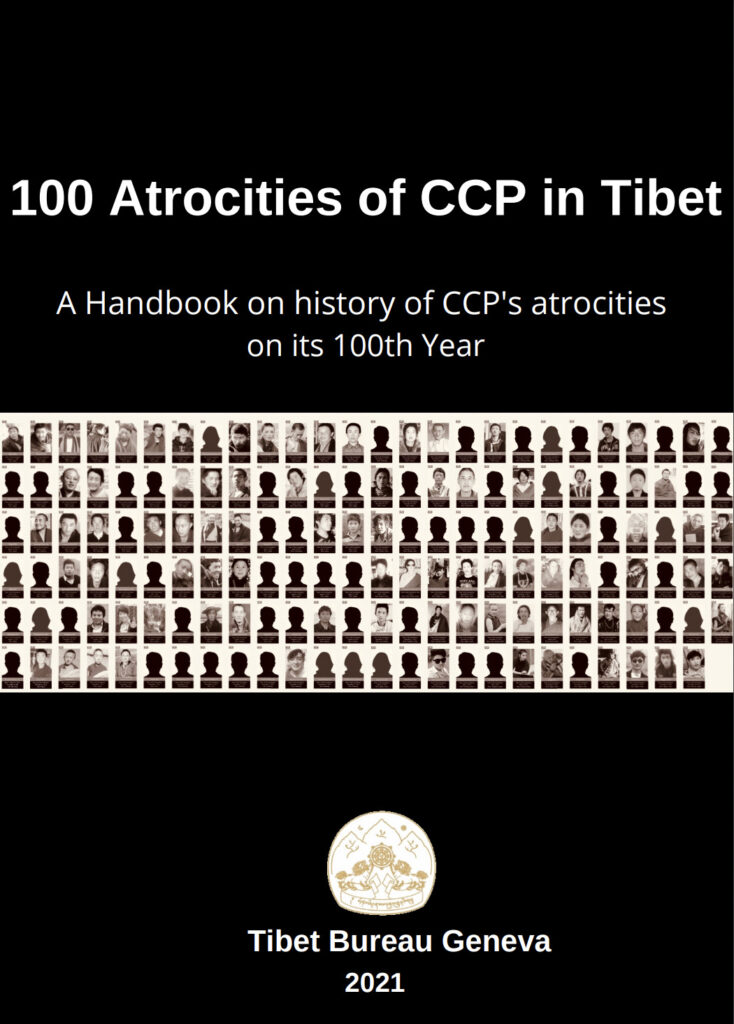