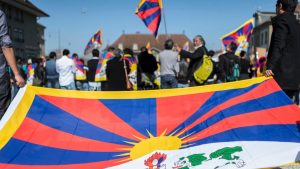 A complaint filed by Swiss-based Tibet groups against the International Olympic Committee for violating the OECD guidelines by having awarded the 2022 Winter Olympics Games to China was accepted earlier this week for the mediation process by the Swiss National Contact Point for the OECD Guidelines for Multinational Enterprises (SNCP).

Following a detailed assessment of the complaint submitted by Swiss-based Tibet Groups: Swiss-Tibetan Friendship Association, Tibetan Youth Association in Europe, Tibetan Community in Switzerland and Liechtenstein and Tibetan Women’s Association in Switzerland, the Swiss National Contact Point for OECD guidelines offered to commence the mediation process between the complainants-Swiss based Tibet groups, and the respondent- International Olympic Committee.

The Tibet groups in their complaint detailed IOC’s negligence to conduct its activities with due diligence and violation of OECD guidelines for Multinational Enterprises obligated to respect internationally recognised human rights. The Tibet groups indicated several sponsors, partners and suppliers of the 2022 Winter Olympics are linked directly or indirectly to the forced labour camps in East-Turkestan. The complainants further raised that despite knowing the systematic human rights violations by the People’s Republic of China in Tibet, East Turkestan, Hong Kong, South-Mongolia and other regions under its control, the IOC awarded the 2022 Winter Olympics to the People’s Republic of China, and the IOC’s decision contributed to further violations of internationally recognized human rights and abusive human rights practices by PRC.