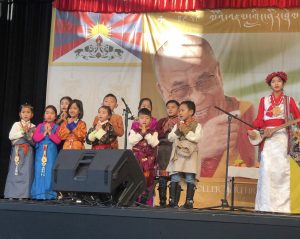 Tibetans across the world geared up to celebrate the 33rd anniversary of conferment of Nobel Peace Prize on the global icon of peace and compassion the great 14th Dalai Lama of Tibet, earlier last week.

Expressing gratitude to His Holiness the Dalai Lama for his far-signed leadership with compassion and being an in-separable identity of Tibetan people, Tibetan Community of Switzerland & Liechtenstein organised the celebration on Saturday, 17 December.

Representative Thinlay briefed the gist of 16th Kashag’s Statement issued on the celebration of the occasion and stressed out the importance of shouldering collective responsibility for the common cause. She further urged Tibetan parents to nurture their children with strong grounding in one’s own culture and language. Such efforts would ensure continuity and survival of the Tibetan freedom movement irrespective of how long it may take, she added.

Similarly, Tibetans in Austria and Milan, Italy celebrated the 33rd anniversary of conferment of 1989 Nobel Peace Prize Day on His Holiness the Dalai Lama on 10 December. In Milan, Tibetans gathered at Ghe-Pel-Ling Tibetan Buddhist Center in Milan and marked the day by offering prayers for His Holiness the Dalai Lama to live for hundred eons for the benefit of entire sentient beings. In Austria, members of the community led by the President and Vice-president of the community marked the day by organising a public event showcasing Tibetan songs and dances. 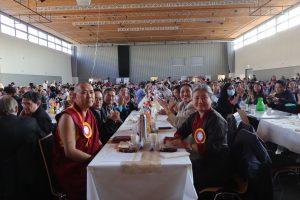 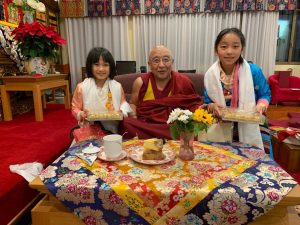 Previous Post A Decade of Demonstration in front of the UN: Tibet Solidarity Movement Next Post UN Experts Express “Serious Concern” over Systematic Assimilation Policy of China in Tibet