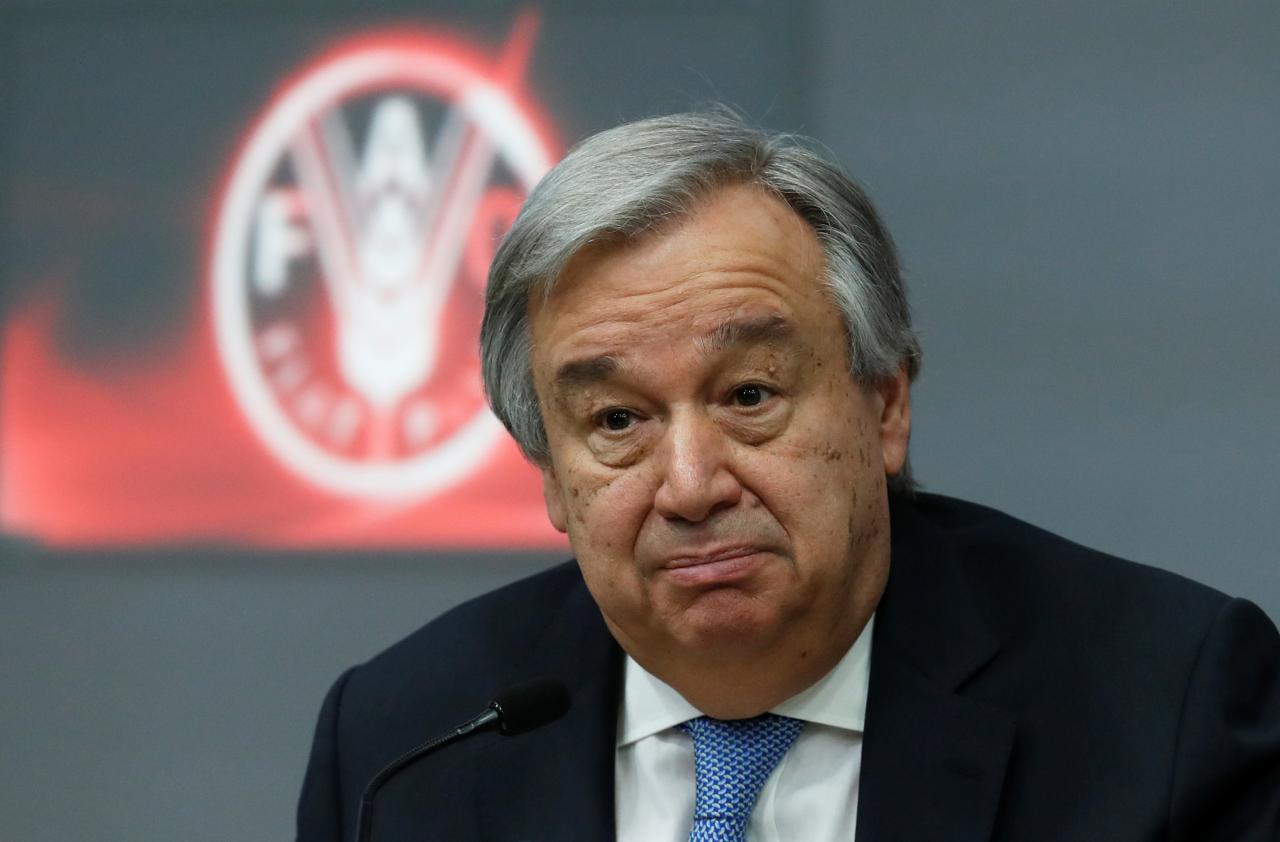 U.N. Secretary-General Antonio Guterres talks during a news conference at the end of a summit, to address Palestinian UNWRA funding crisis, at the U.N. Food and Agriculture Organization (FAO) headquarter in Rome, Italy March 15, 2018. REUTERS/Remo Casilli

United Nations chief Antonio Guterres warned on Thursday that Russian and U.S. relations were deteriorating into a situation “similar, to a large extent, to what we lived during the Cold War” and called for safeguards to be put in place.

Just days after the United States announced it would expel 12 Russian U.N. diplomats over a nerve agent attack in Britain, Guterres called for Washington and Moscow to re-establish lines of communication aimed at preventing any escalation of tensions.

“During the Cold War there were mechanisms of communication and control to avoid the escalation of incidents, to make sure that things would not get out of control when tensions would rise. Those mechanisms have been dismantled,” Guterres said.

The Cold War, which lasted about four decades after World War 2, was marked by geopolitical tensions between the United States and its Western allies on one side, and the then Soviet Union and the other eastern bloc states.

The United States said on Monday it would expel 60 Russian diplomats, included 12 posted to the country’s U.N. mission in New York, joining governments across Europe in punishing the Kremlin for a nerve agent attack on a former Russian spy in Britain that they have blamed on Moscow.

Russia denies any part in the March 4 attack and announced on Thursday that it would expel 60 U.S. diplomats and close the U.S. consulate in St Petersburg.

Washington and Moscow have clashed over Russia’s annexation of Crimea in Ukraine, the war in Syria and allegations of Russian interference in the 2016 U.S. presidential election.

Russia is also worried that U.S. President Donald Trump is planning military action against the Syrian government over accusations of chemical weapons use during the country’s long-running conflict.

U.S. Ambassador to the United Nations Nikki Haley has said the Washington “remains prepared to act if we must,” just as it did in April last year when it bombed a Syrian government air base it said was used to launch a deadly toxic gas attack.

Guterres pointed out that a key difference between the situation now and the Cold War was that there were now “many other actors that are relatively independent and with an important role in many of the conflicts that we are witnessing, with risks of escalation that are well known.”